The next stage of Prime Minister Boris Johnson's roadmap out of lockdown was confirmed last night during a Downing Street press conference.

From May 17 pubs will be able to serve people inside and overnight stays will be permitted.

But despite the easing of restrictions going ahead, Mr Hancock today said that the Indian variant has grown in the UK.

Last week surge testing was rolled out in Bolton after it emerged cases of the India variant had been discovered.

It was also last night revealed that the variant could be behind 40 per cent of cases in London.

Mr Hancock this morning told BBC Breakfast: "There is no doubt that a new variant is the biggest risk. We have this variant that was first seen in India - the so-called Indian variant - we have seen that grow.

"We are putting a lot of resources into tackling it to make sure everybody who gets that particular variant gets extra support and intervention to make sure that it isn't passed on.

"However, there is also, thankfully, no evidence that the vaccine doesn't work against it."

Prof Whitty explained how problematic the so-called Kent variant (B.1.1.7) had been - after it was one of the main factors in the UK going into a third national lockdown.

He did however state that most of the variants in the UK are currently relatively stable and not increasing at a great rate.

"The one that is slightly concerning in terms of increasing as a proportion is the variant which has been described from India.

"That does appear to be increasing but from very low levels over the last two weeks", Prof Whitty added.

He said that we needed to "keep a close eye on it".

During the press conference last night Prof Whitty said that the success of the vaccine rollout had also contributed to the decision to ease restrictions.

So far in the UK over 35.4 million Brits have received a first dose of a vaccine, with 17.8 million now also having had a second dose.

Mr Hancock this morning added that the government still needed to be cautious with loosening restrictions on travel.

He told BBC Radio 4's Today Programme: "We have some degree of confidence that the vaccine works effectively against the so-called Indian variant, and then against the South African variant we are a little bit more worried, but we don't have full data on those yet. 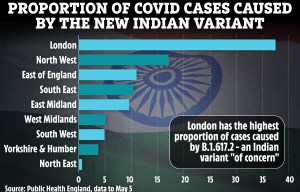 Social distancing and masks could be TOTALLY scrapped next month 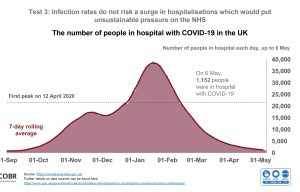 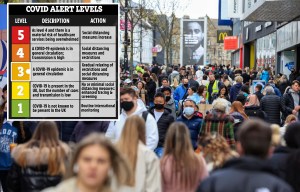 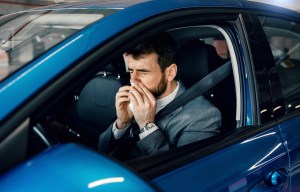 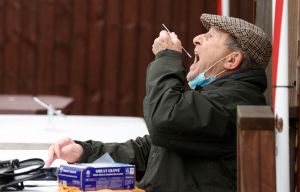 "These are reasons to take a cautious approach at the borders in order to protect the progress that we have made at home.

"People would be loath to see us put that at risk by going too fast at the borders. But on the other hand we are seeing countries get this virus under control in the same way we appear to be able to get it under control."

He said keeping some restrictions in place, as well as the continuous rollout of vaccine, should keep cases of the Indian variant at low levels.

Mr Hancock later told Times Radio: "We of course are maintaining a very close eye on the Indian variant, there isn't any evidence yet that the vaccine doesn't work against it."

Brace yourself: Why the Oral-B teen is the perfect entry-level electric toothbrush for the whole family

What time is the green list travel announcement today?

Russia news – live: Putin ‘testing will of the West’ with stand-off in Black Sea

Long Covid: What is it and what are the symptoms?

Scots ferry emergency evacuation after vehicle on board bursts into flames

When is the next full Moon? All the 2021 dates – including Super Strawberry Moon

Pensioner 'claimed to have oral thrush to avoid unwanted kiss'

Stamp duty deadline 2021: When does the initiative end?

Strawberry moon tonight: Final supermoon of 2021 to appear in the sky

How can I book my second Covid vaccine and can I change the date?

Motherwell man attacked his neighbour with a pole in rammy

Princess Diana: Charting her style evolution from from Sloane Ranger to fashion renegade

City's fixture list could yet look a little different

What is lithium used for and why was Britney Spears ‘given it’?

‘Cyber seed’ that ‘grows like a plant’ could revolutionise how we design vehicles, medical equipment, and more

Who will win England vs Germany Euro 2020 last-16 match and what are the odds?

When do Bolton Wanderers face Wigan? Key dates for the League One contest

It's Shrews first for Brewers as fixtures are revealed

Easyjet, Ryanair, Jet2 and Tui latest: What time is new green list travel announcement today and what to expect

Men 'with machetes' seen on street as teenager is seriously injured

Bolton Wanderers' fixtures in full as League One schedule confirmed

Five games that could shape Sunderland's 2021/22 League One season