FURLOUGH. Zoom calls. WFH. These are all things we hadn’t heard of until Covid.

Now, as the prison gates slowly open again, here’s a new term for you: Revenge buys.

For those fortunate enough to keep their health and their jobs, all these nights indoors instead of down the pub mean they are coming out of the crisis with extra cash in their pockets.

And they’re ready to reward themselves by splurging on something more expensive than they normally would.

Like a holiday. Or a motorbike. Or a new car.

Actually, scrap that last one because there’s no need

You can have a brand-spanking new motor as good as many rivals, for half the price.

I’m talking about the Dacia Sandero at £7,995 and I can think of nothing, apart from maybe a 45p double-pack of custard creams at Morrisons, that represents such good value. Finance from £99 a month.

There’s more. Put a Sandero through an X-ray machine and you’ll see the bones of a Renault Clio.

But not the old Clio, the new one. The good stuff.

Same chassis, engines, electrics, and so on. It drives like a Clio, too. And the cabin is surprisingly smart and soft-touch.

I’ve said it before but I’m stunned Renault has allowed it to be this good.

Now we come to the rufty tufty version, the Dacia Sandero Stepway, which rides a little higher and has the obligatory skid plates and plastic cladding.

Rubbish name. And the abbreviation DSS doesn’t help. But I think I prefer it to the standard Sandero.

For lots of little reasons but mostly the modular roof bars. You can turn them 90 degrees, running across the roof, to carry bikes, a canoe, or pretty much anything weighing up to 80kg.

For reference, the standard Sandero with the same engine is £9,995.

Standard kit includes Y-shaped LED lights — yep, very Lambo — that see further down the road, cruise control, and e-call in the event of a big ooops.

The fully adjustable driver’s seat and steering wheel allow you to get properly comfy.

Other observations. No touchscreen with the entry-level Essential trim but you do get a cradle to hook up your smartphone for Spotify and Google Maps or whatever.

To unlock the 8in touchscreen in my test car, you’ll want the mid-range Comfort at £12,595.

That’s an extra 20 quid at £159 a month and also comes with keyless entry and parking camera. 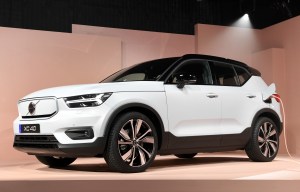 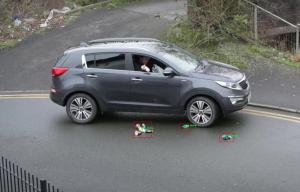 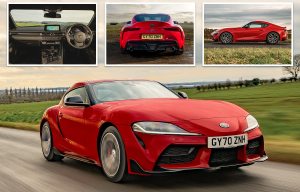 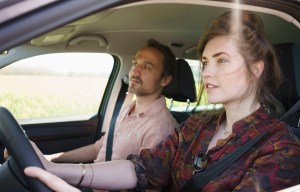 Seven new driving laws coming into force from next month 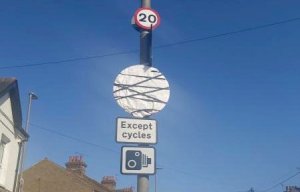 But whatever car or trim you choose, you are guaranteed one thing from the new Sandero family and that’s comically cheap, carefree motoring in what feels like a much more expensive car.

Treat yourself to a new car AND a holiday and knock yourself out.

Dacia’s Sandero is a half-price Renault Clio with Lamborghini lights for £7,995 but only if you pre-order before Brexit

Fans turned to Agnelli with criticism of the reform of the Champions League: You will only increase the gap between the rich and the rest in the expectation that fans will sacrifice time and money
If you put a judge, Hitler and Napoleon, and give me two bullets, I would put both of them in the judge. The coach of the student league conquered the English-language Internet
Real Madrid expects Ramos to leave. The club thinks it has a better offer (Cadena SER)
Owen Hargreaves: Cavani as an insurance policy for Manchester United. He needs to be kept, he is a great scorer
Armed men robbed Smalling's home in Rome. A player with his wife and child were inside
He was such a small, fat kid who was always hanging around with his PlayStation. Remembering Sergio Aguero before City
Pique and Fati are in Barca's bid for the Spanish Cup final with Athletic. Ansu's participation in the match is questionable

Woman dies after accident between lorry and car

Over 1,000 complaints about smells at quarry in a week

We fake posh accents to book restaurants because we’re travellers, say Caravan Queens on This Morning

Who is Prince Michael of Kent?

Man charged with 14 offences after break-ins at schools, homes and businesses

Horse racing free bets: Get £40 in free bets for the Scottish Grand National

Pub gardens are open this weekend - but will it be sunny in Greater Manchester?

‘This is it. If we don’t amp up, we’re goners’: the last chance to confront the climate crisis?

Sky launch Spring sale across their range of TV packages

Suspect named as man steals from pensioner in money scam

Why were Bangladeshi and Pakistani groups worst hit by the UK’s second wave? | Laura Bear

Uni student, 21, ended up in intensive care after drinking four cans of energy drinks a day

Covid cases are still rising in 103 areas – is YOURS on the hotspot list?

Anti-racism rallies 'all for nothing' if people don't vote, campaigners warn

Man plied schoolgirl with alcohol and cigarettes before sexually exploiting her

Prince Philip would cause 'chaos' with matchbox-sized camera, says friend

Who is Bernhard, Prince of Baden, guest at Prince Philip's funeral?

Fraser out as Bruce weighs up Wilson and Saint-Maximin starts

Opinion: Would Duke of Edinburgh have wanted floral tributes?