BOXING fans will have the chance to fight as Joe Frazier in the upcoming eSports Boxing Club video game.

Steel City Interactive's new title is being eyed for release later this year on PC before being made available on consoles.

The desire for a new boxing title has ramped up significantly in recent months, not least with Matchroom promoter Eddie Hearn talking up plans to sit down with EA Sports and discuss a fresh update of the Fight Night series.

Somewhat surprisingly, the mantle has instead fallen to Sheffield-based indie developer Steel City.

Reaction to the first trailer for eSports Boxing Club in April was incredibly positive and yet the studio has since taken that footage down, such is the progress they feel the game has made in recent months.

The former cruiserweight king is one of over 50 names already signed up to appear in the game, with Ricky Hatton, Scott Quigg, Enzo Maccarinelli and Frank Bruno also featuring.

Steel City confirmed to SunSport that Smokin' Joe Frazier will be joining them along with former two-weight belt holder Arturo Gatti.

As undisputed heavyweight champion of the world between 1970 and 1973, American fighter Frazier fought both Muhammad Ali and George Foreman twice - his last title fight coming against Ali in the legendary Thriller in Manila.

Icons such as Hatton and Nelson will also appear in the game in two versions - at their "prime" best and in their "comeback" form closer to the modern day.

Future additions are planned before the game's release and Steel City aim to update eSBC with regular "seasons" of roster updates, purchasable further down the line.

Exactly how many boxing superstars Steel City can assemble remains to be seen, with the studio admitting the unique difficulties of accumulating a wide roster.

With no single organisation or body to cut a deal with, many fighters have to be approached individually with some less keen to be involved than others.

The Yorkshire-based indie even sounded out Matchroom over their potential involvement before Hearn began publicly discussing his own Fight Night plans.

IN IT FOR THE LONG HAUL

The "seasons" setup will also take the studio away from the typical mantra of releasing a game every 12 or 18 months.

Steel City intend to do this by being driven first and foremost by the gameplay.

The result could be the deepest boxing experience seen in gaming, featuring behind the scenes staff such as cut men, nutritionists and promoters to develop your fighter's career.

A Hardcore mode is also slated for the release, pushing players to their maximum with The Club mode likened to FIFA's huge Ultimate Team feature.

Here, players will be able to develop their own stable of fighters to compete online.

Online play is certainly at the forefront of Steel City's ambitions with the buzzing eSports market evidently integral to their plans. 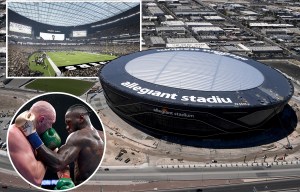 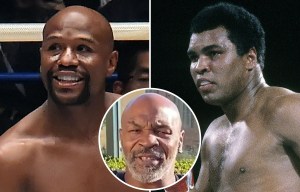 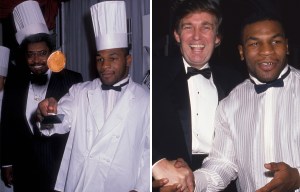 Inside Mike Tyson's incredible 30th including Trump, 13 chefs and 19 'girlfriends' 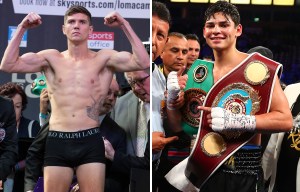 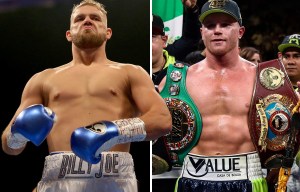 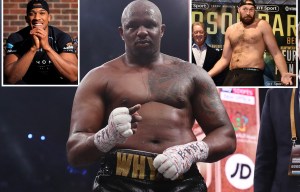 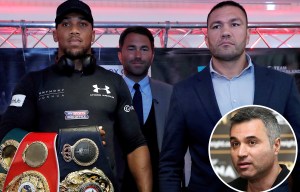 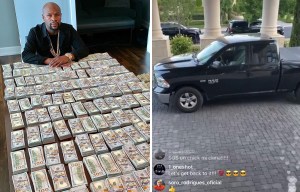 Billionaire Mayweather drives £22,000 truck every day to be 'low key' 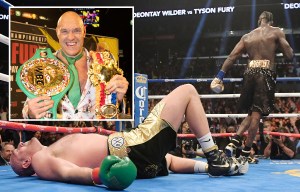 Serious gamers are certainly being eyed up with the game set for PC release first before later dropping on the current generation of consoles, and eventually the upcoming PlayStation 5 and Xbox Series X.

With The Ring magazine, BBBofC, and WBC involved an online tournament fighting for a real-life WBC belt is also in the works.

Steel City profess to being big followers of the sport and want to take after the benchmark set by the hugely popular Fight Night series.

Those fans long-deprived of a serious boxing title will be desperate for them to succeed.

Xavi: Messi needs Barcelona and Barca needs Leo. If he is happy, the club will win more trophies
Ex-referee Andujar Oliver on Saul's fall: there Was a light touch of the goalkeeper, but it was not a penalty
Alfonso Davies: As a child, I adored Messi, and now I will defend against him
Mesut Ozil: you get Disappointed when you know how good you are, but they don't let you out
Rummenigge on the match with Barca: Davies will take care of Messi. Alfonso has not been beaten this season
Flick about the Champions League match: This is not Bayern against Messi, but a game against Barcelona
Xavi: Setien's Barca Game is very similar to Cruyff's style
Source https://www.thesun.co.uk/sport/boxing/12014559/esports-boxing-club-joe-frazier-video-game/

Jailed at last: Road menace 'fixated' with driving caught behind the wheel again

Willerby Caravans making job cuts which will 'affect many families'