New Zealand earthquake: Is there a tsunami warning?

A 7.4 magnitude earthquake touched down to the east of New Zealand today, marking some of the heaviest tremors to take root near the nation in 2020. The earthquake shook the ocean, raising fears of an impending tsunami.

Is there a tsunami warning for New Zealand?

According to the United States Geological Survey (USGS), today's earthquake emerged at 12.49pm.

The organisation measured a magnitude of 7.4 as it touched down in the ocean, but have not raised the alert for a tsunami.

The UNESCO/IOC Pacific Tsunami warning and mitigation system it is "possible" however. 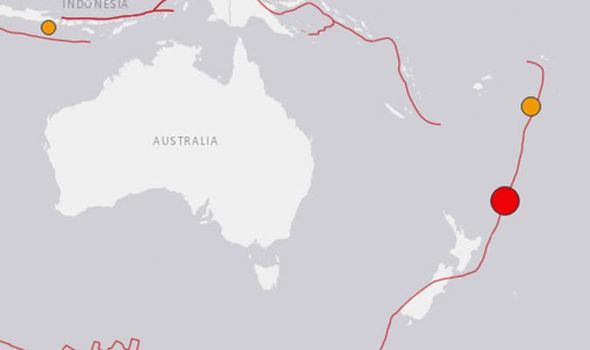 New Zealand earthquake: Is there a tsunami warning? (Image: USGS) 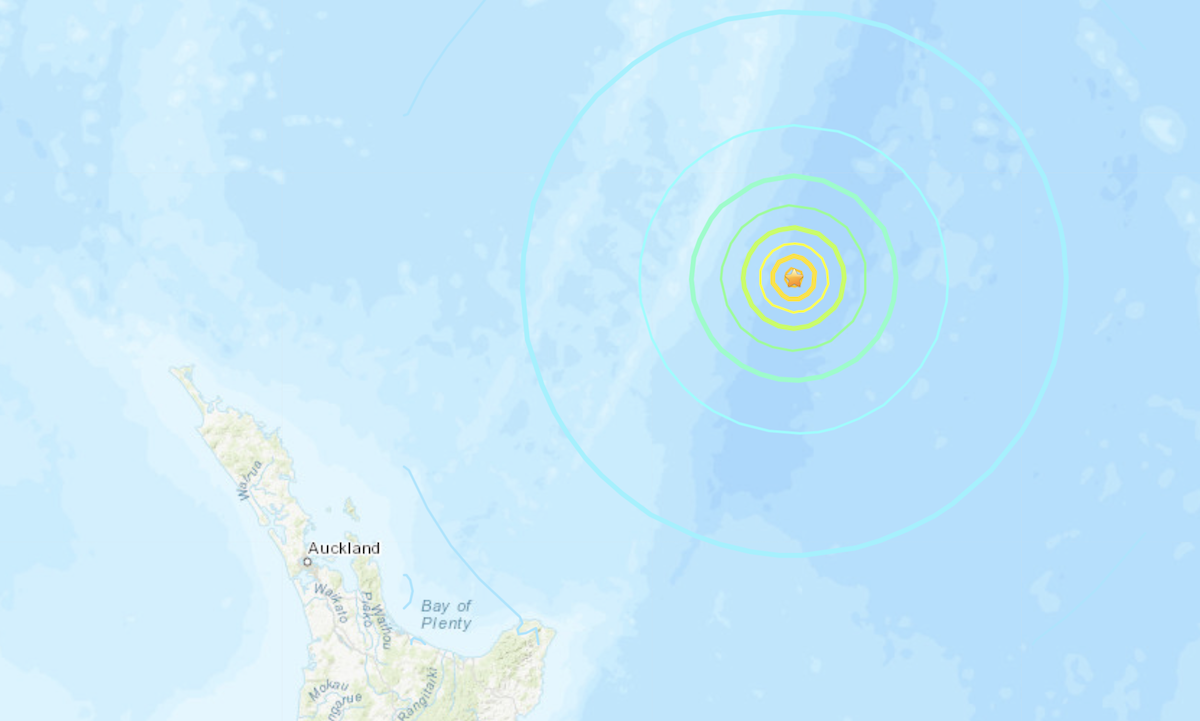 New Zealand earthquake: The earthquake was further away than a tsunami might reach (Image: USGS)

The warning said: “Hazardous tsunami waves from this earthquake are possible within 300km of the epicentre."

According to the USGS New Zealand's northeasternmost tip, which is nearest to the earthquake, lies beyond this range.

Auckland, the country's biggest city, is located in the area, and may have been affected if the earthquake was closer.

While no reports of damage have yet emerged, people said they "felt" shakes from the tremors.

Residents of Hawke's Bay on the east coast of the north island said they experienced slight shaking, with 32 reports recorded by the USGS website.

The organisation has also released green "pager" warning for people living nearby.

The pager measures potential loss of life and economic damage from an earthquake.

New Zealand's latest is one of the most significant to impact the region in 2020, but the organisation suggests there won't be too much fallout. 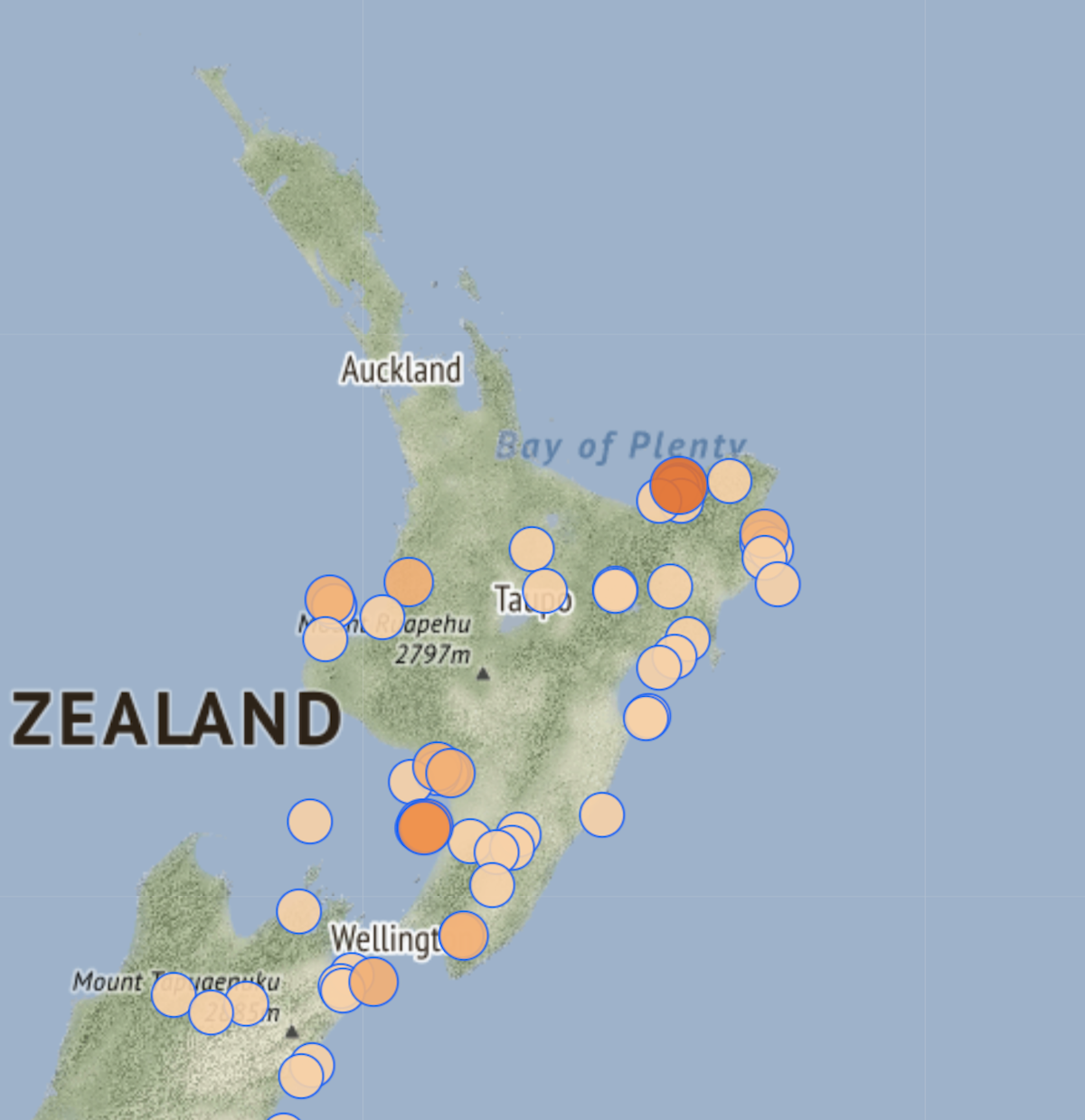 The green alert has assigned a 69 percent chance at least one person will die as a result of the tremors.

The USGS has also assigned lesser chances of increased damages, with a reduced yellow warning.

The pager suggests there is a 29 percent chance another 10 people might die.

USGS officials have also evaluated hoe prepared structures in the area might be to withstand damages.

They said: "Overall, the population in this region resides in structures that are highly resistant to earthquake shaking, though some vulnerable structures exist.

Zinedine Zidane: if the referee gives a penalty, it means it is a penalty
Lizard on the criticism of VAR: In Real life, they don't pay attention to conversations outside the team
Real need to score 5 points in 3 rounds to win La Liga
Gasperini about the 1/4 final of the Champions League: the Match with Juventus is an imitation of the games with PSG
Courtois played 18 dry games in the La Liga season. Real's record is one game away
Real Madrid won the 8th victory in a row and does not miss 5 matches
There was hardly any contact, and even outside the penalty area. Ex-member of Barca's Board of Directors about real's penalty
Source https://www.express.co.uk/news/world/1297772/New-Zealand-earthquake-is-there-tsunami-warning-usgs?utm_source=feedburner&utm_medium=feed&utm_campaign=Feed%3A+daily-express-news-showbiz+%28Express+%3A%3A+News+%2F+Showbiz+Feed%29

ADVERTORIAL: John Torode tells us why new season lamb will always be his favourite dish to cook once and use twice

PR firm boasted it could ‘win Damehood for celebrity author for £80,000’ in leaked emails

Vanessa Guillen suspect Cecily Aguilar who helped dismember her body ‘would do anything to please men’, says ex-pal

From Macau to Germany and Scotland, chef Monica Galetti on the world’s most luxurious hotels

How often should you wash your hair and is it bad to shampoo it everyday?