Neymar was spotted in London on Monday as he prepares for crunch talks with new PSG boss Thomas Tuchel.

The Brazilian superstar headed down to the capital fresh from scoring in a 2-0 win over Croatia at Anfield on Sunday. 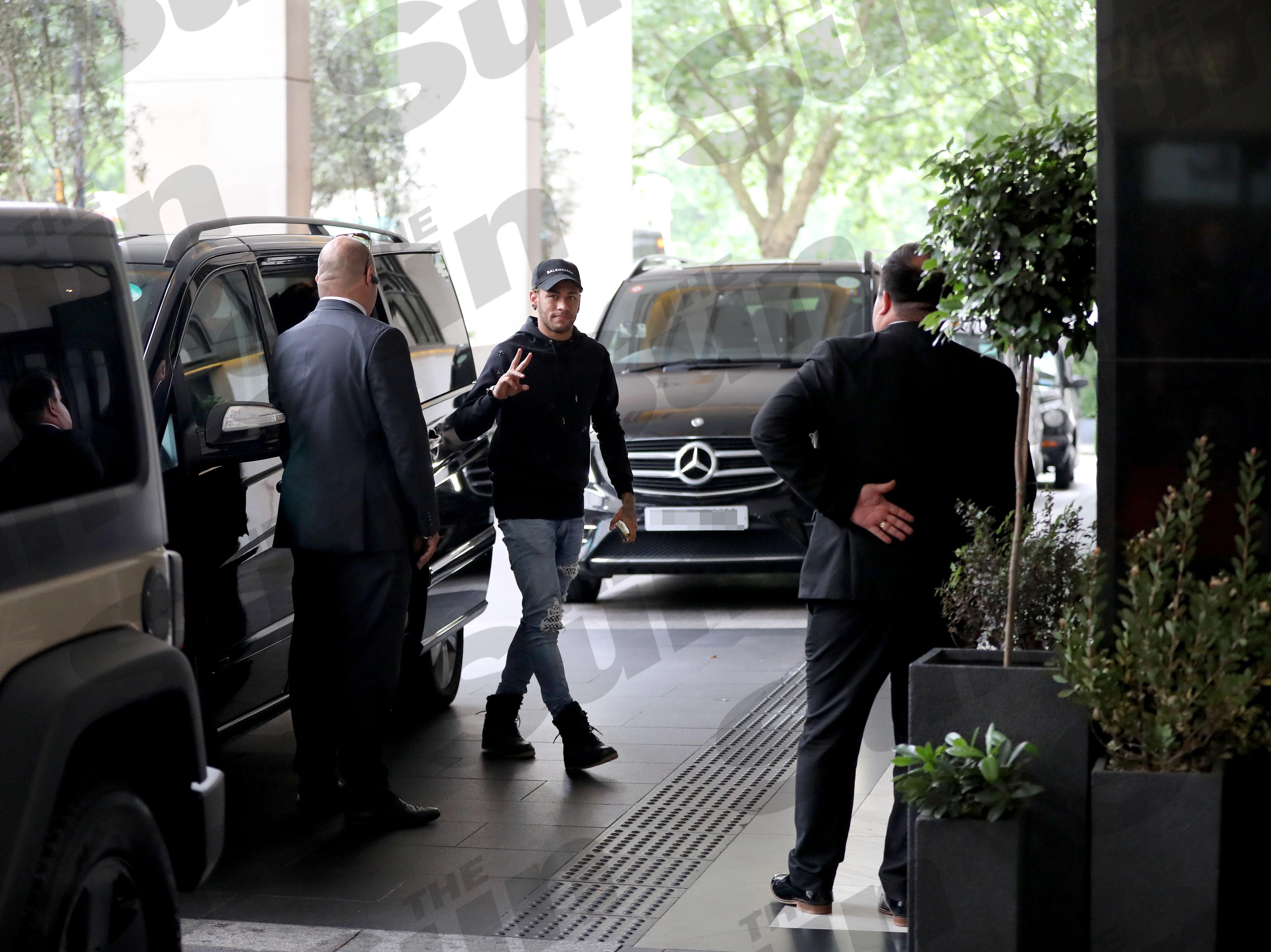 Neymar spotted in London on Monday

In a black Mercedes mini van, the £198 million man and his entourage visited Chelsea forward Willian’s restaurant in Mayfair before making the short journey to Park Lane.

On the way, Neymar stopped for photographs with surprised fans.

SunSport understands that PSG manager Tuchel is in London this week and the pair could meet to discuss Neymar's future.

He was happy and relaxed, free of the pressures a nation will lump on him later this month in Russia.

Neymar posed for a selfie. He laughed with a businessman, high-fived a cyclist and gave thumbs up to waving well-wishers. 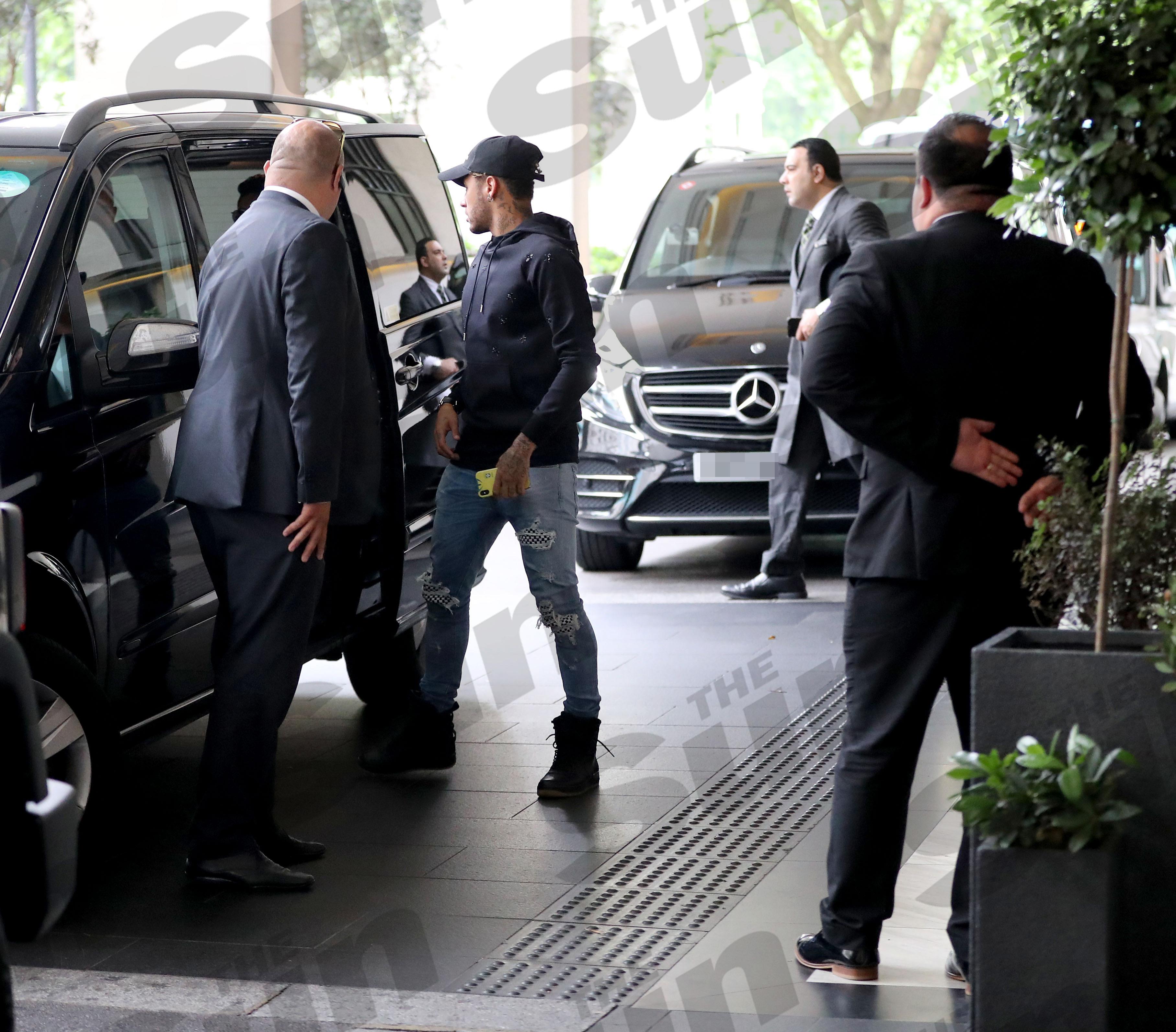 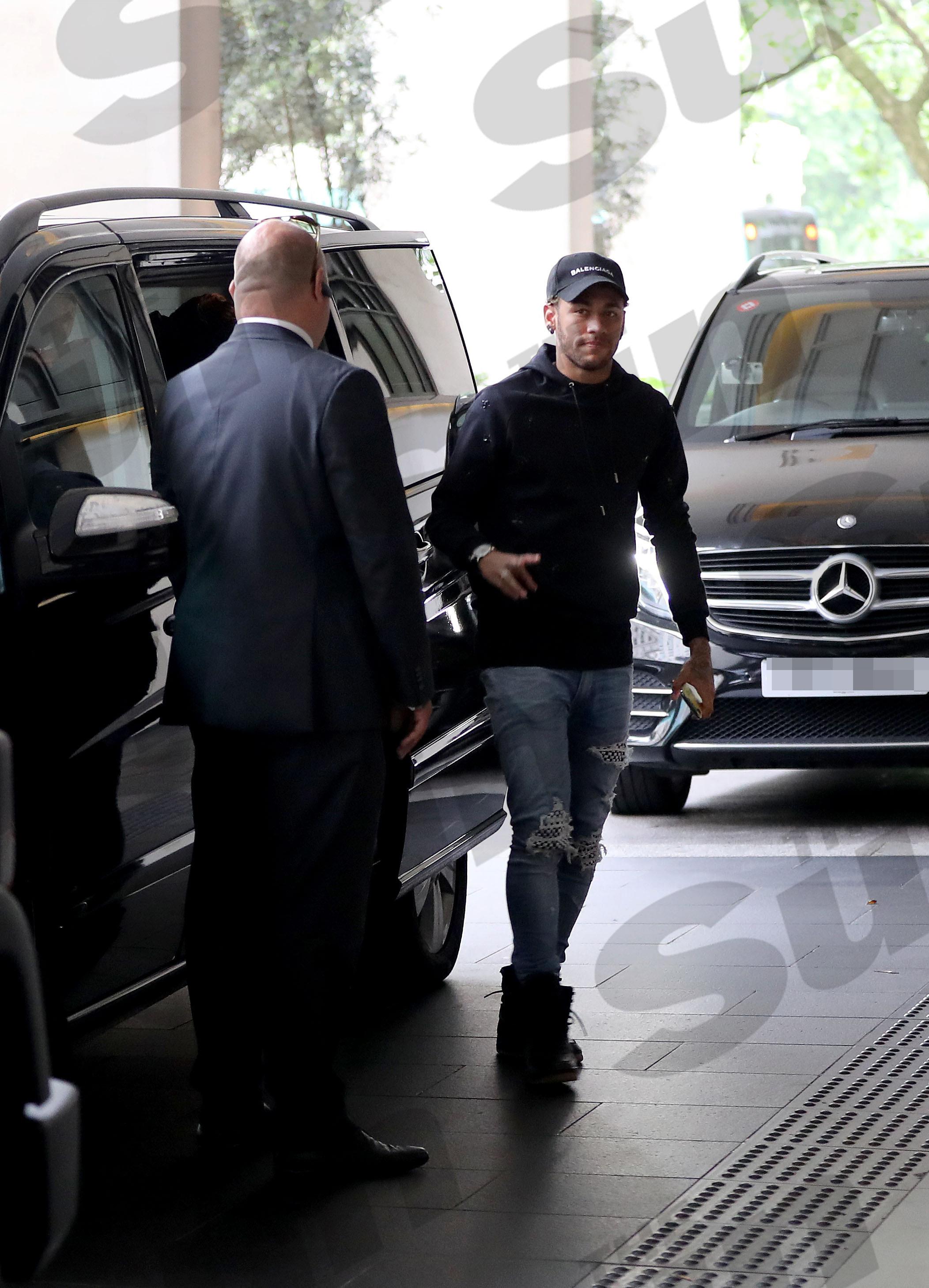 It is now three weeks since Tuchel was appointed as Unai Emery’s successor in the free-spending French capital.

Although only 10 months have passed since Neymar made his shock world-record move from Barcelona to Paris, talk of another change persists with Real Madrid leading the interest.

A simple Google search of ‘Neymar transfer’ produces 40.2 million results. He is football’s most talked about man.

And his latest comments only fan the flames. 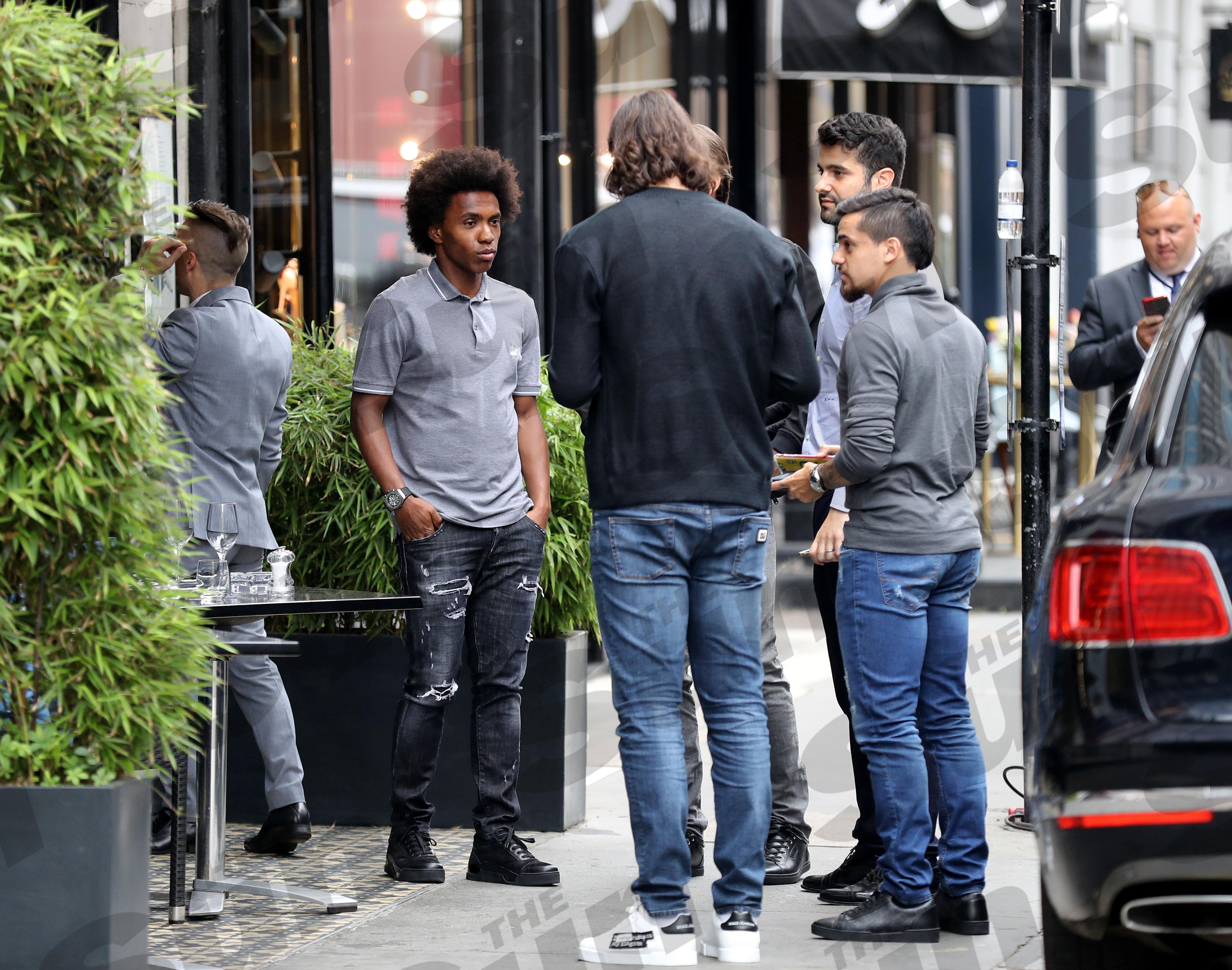 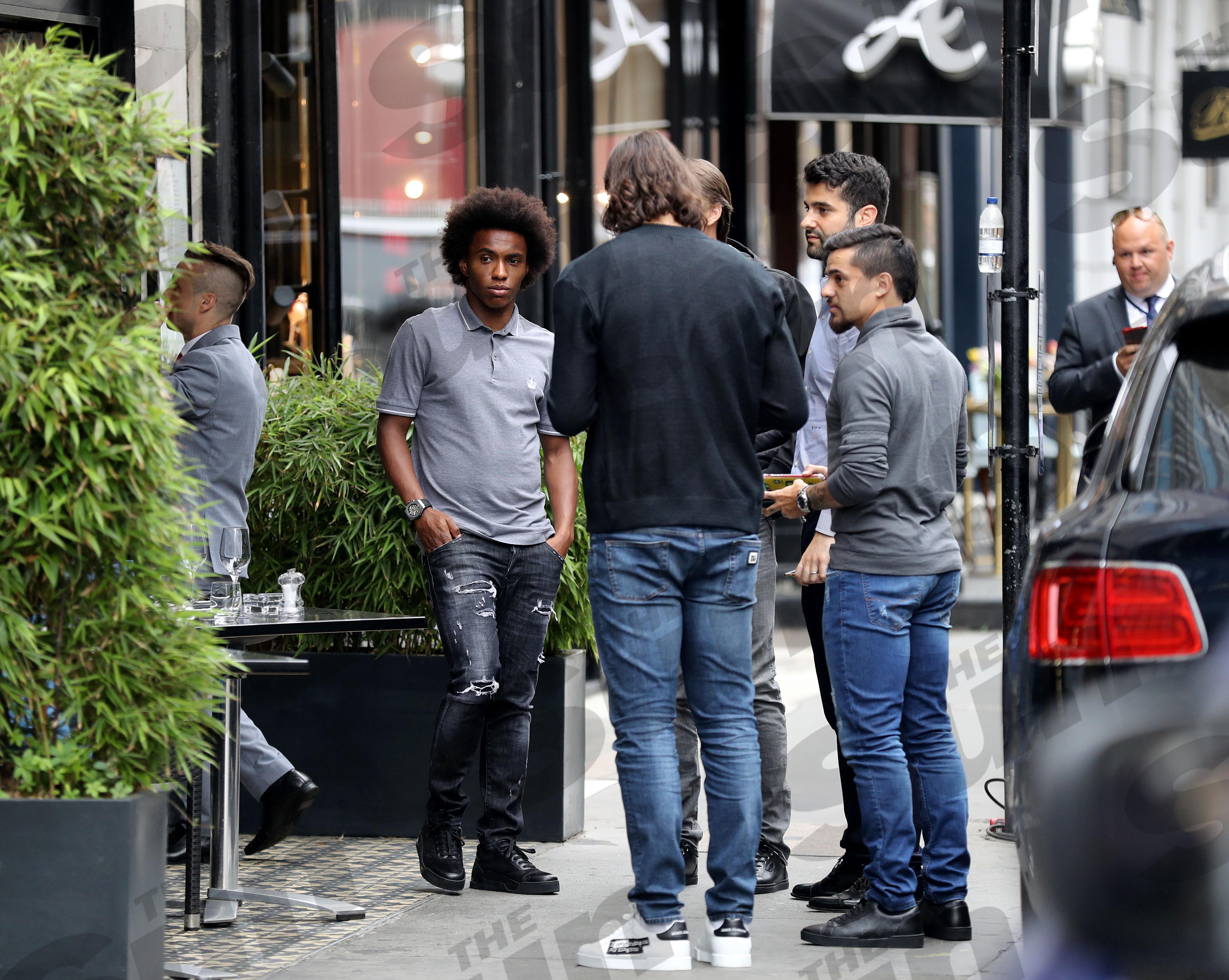 Willian and Neymar both featured in Sunday's win over Croatia

“My father doesn’t take decisions for my career,” he told Brazilian magazine VIP, after Neymar Sr. had said his son still has a future at PSG.

“He is the best adviser I could ask for but, in the end, it’s my call.”

And where would be the most controversial destination Neymar could land? Why Real Madrid, of course.

Talk of the former Barcelona forward making a sensational move to the Santiago Bernabeu have increased, especially following his public conversation with Luka Modric on Sunday. 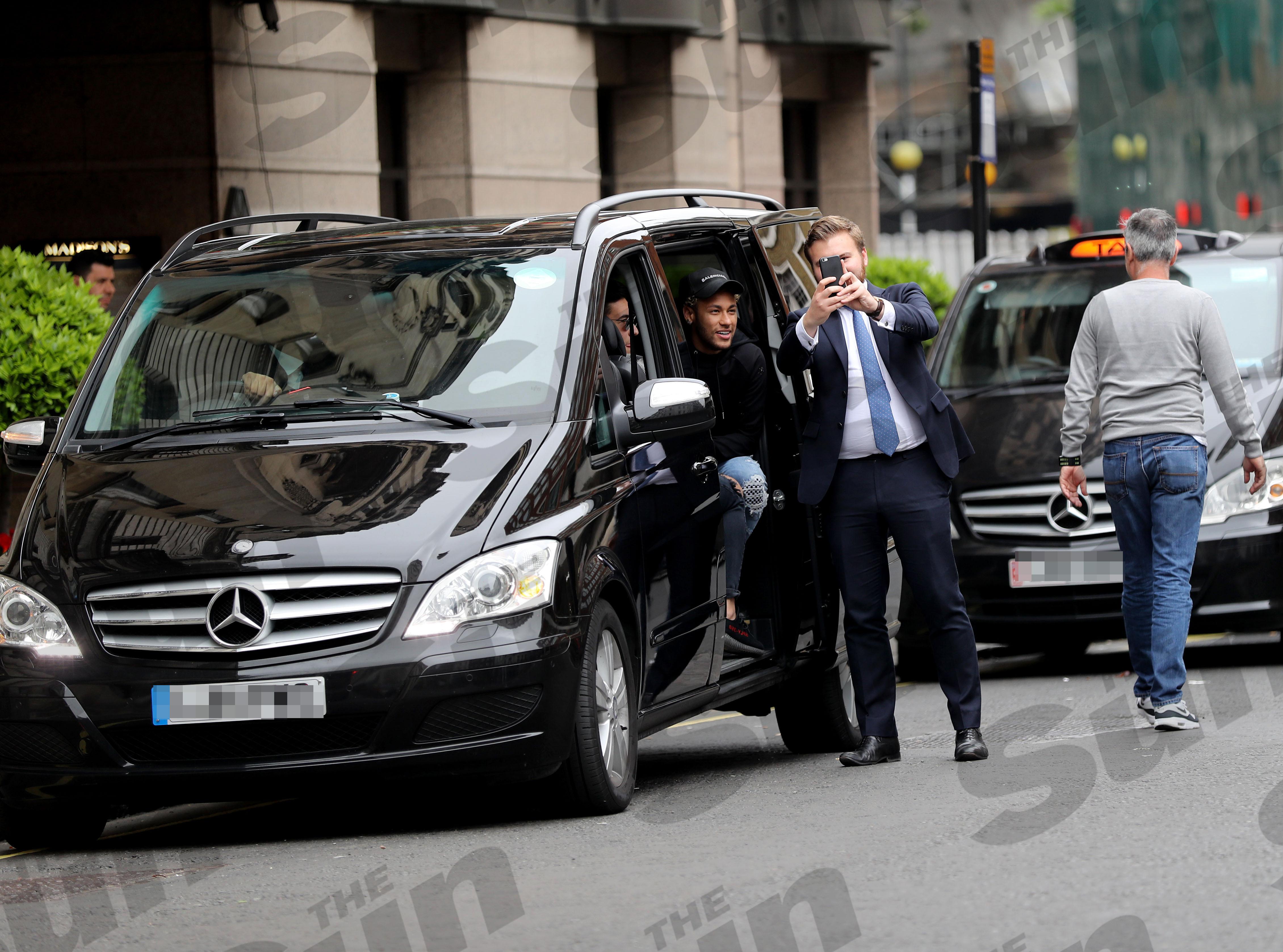 Neymar poses for selfies with Londoners 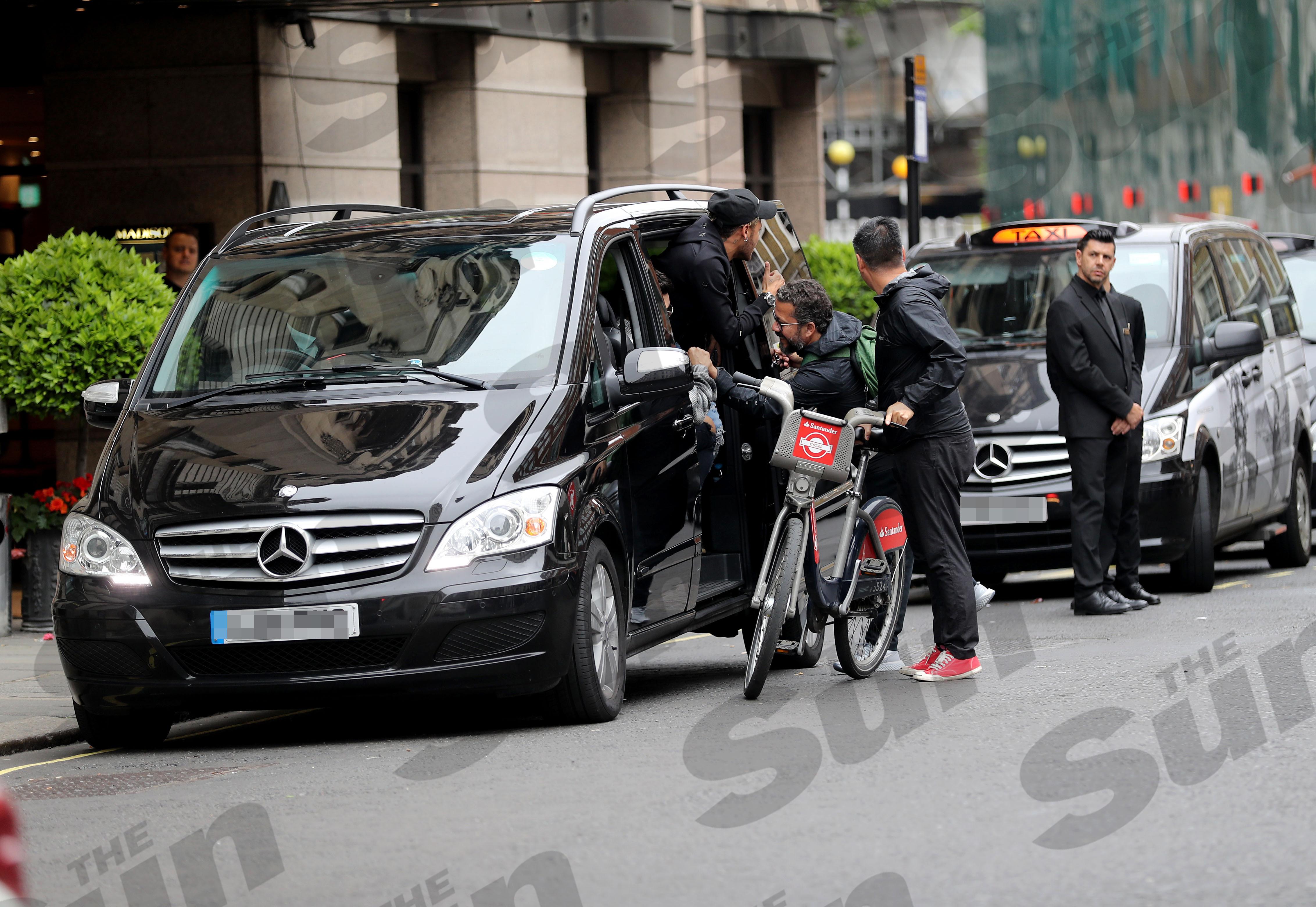 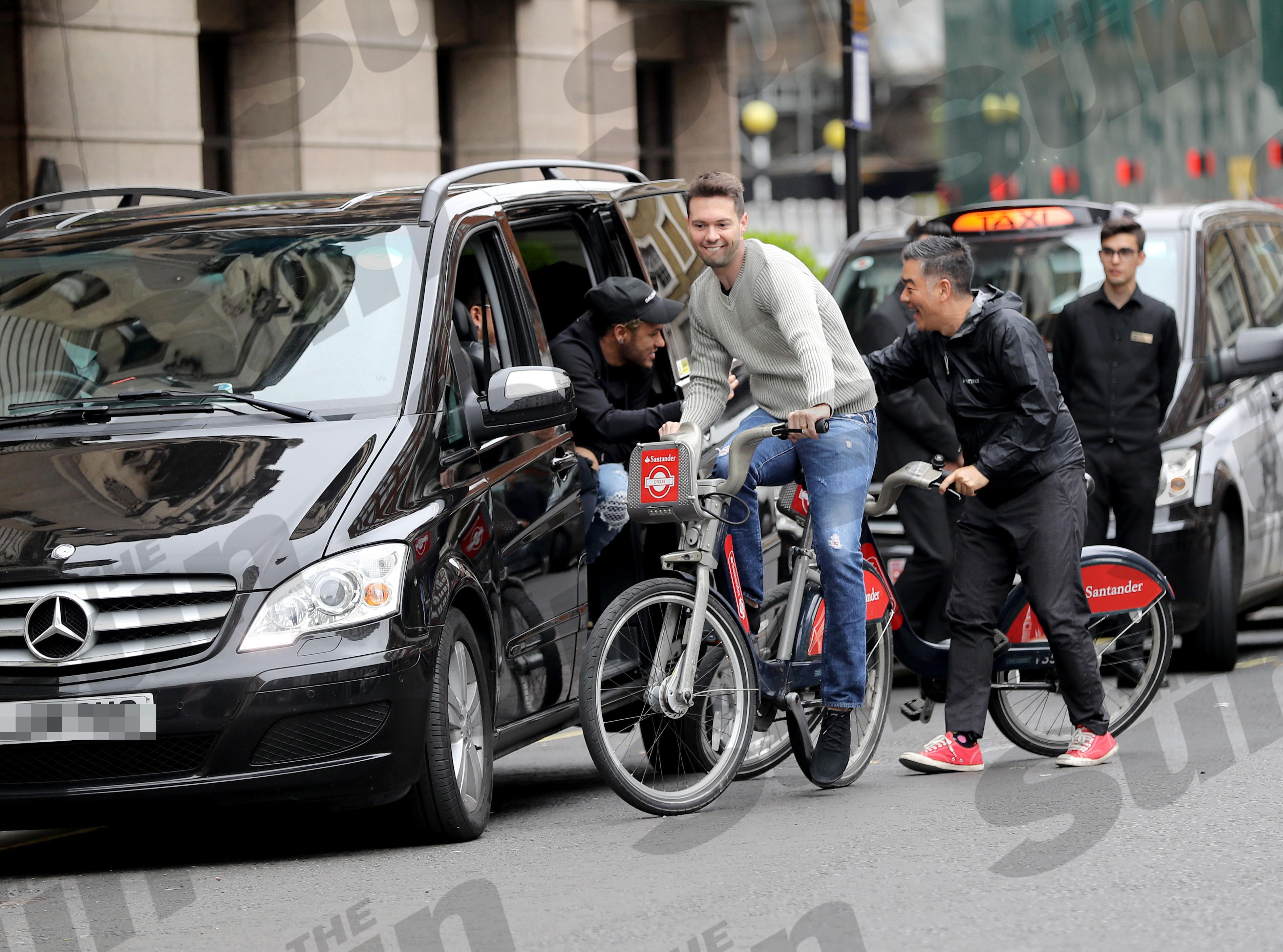 Neymar's future remains uncertain ahead of the World Cup

After the victory over Croatia, the two players traded shirts in the Anfield tunnel before Modric, the Madrid midfielder, urged him to make the move.

“We’re waiting for you,” Modric can be seen saying in footage, prompting Neymar to smile and laugh.

After Monday’s meeting with his new boss, the wait may be over. The nomadic Neymar could be on the move again. 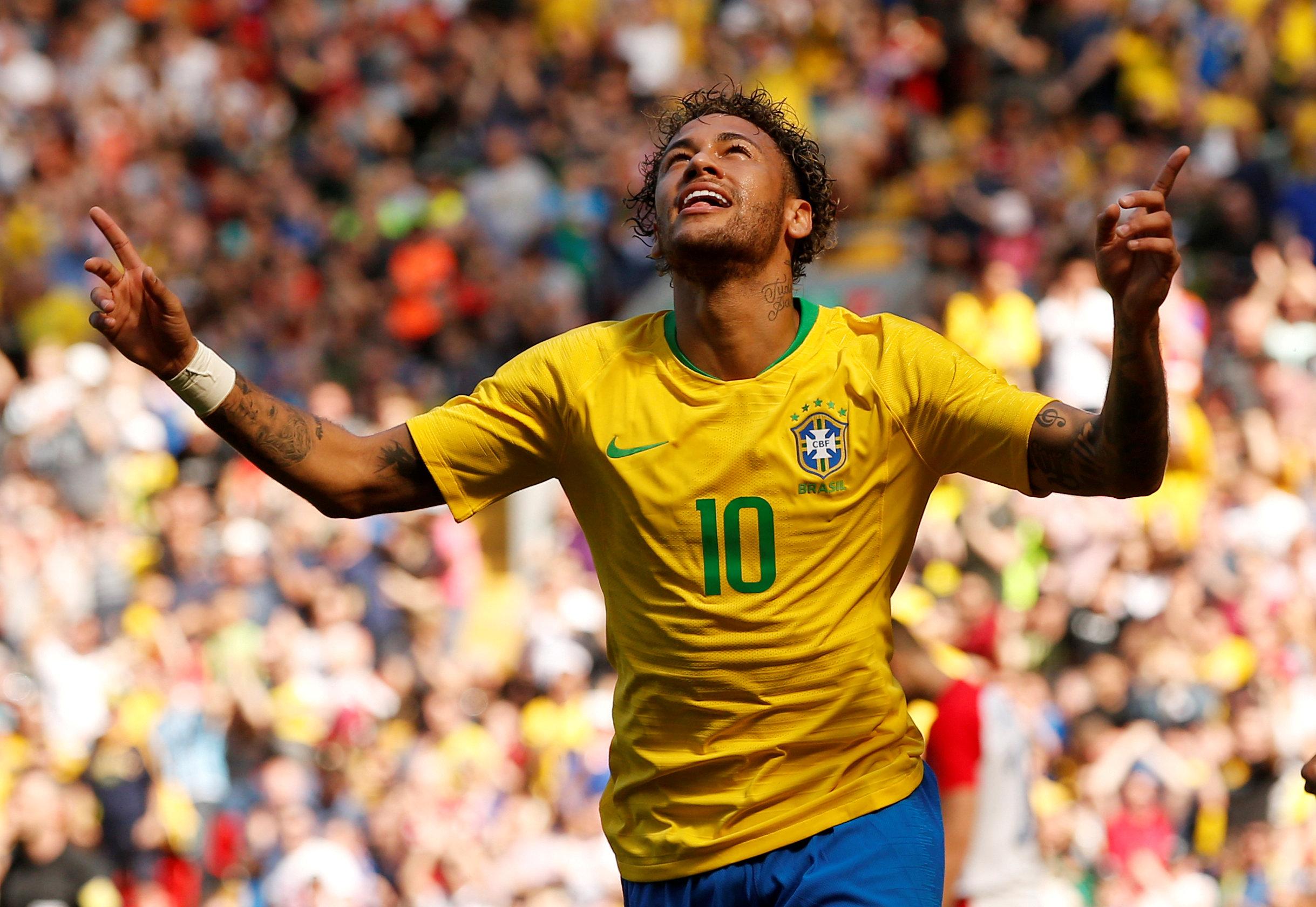 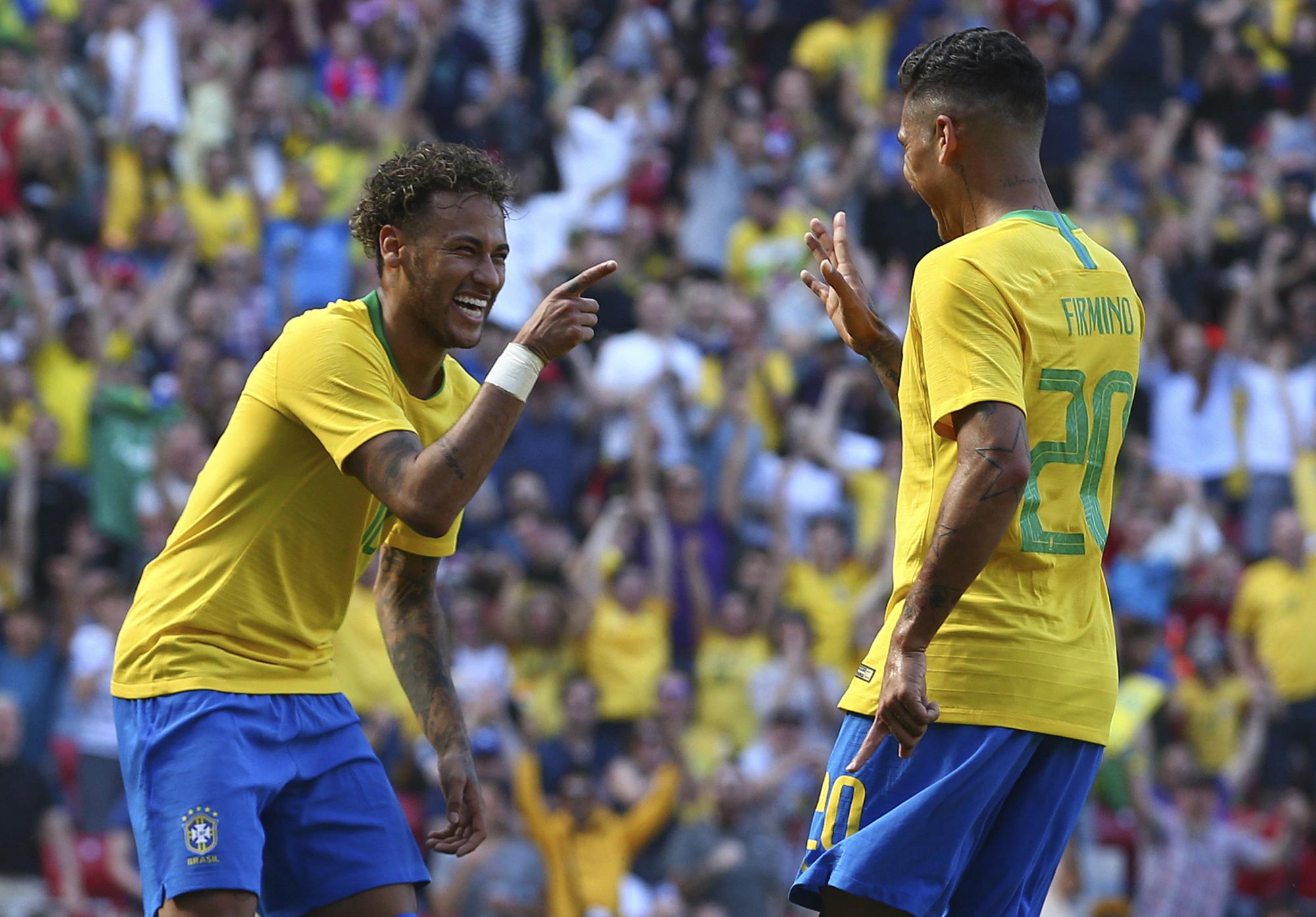 Gasperini on two penalties for Juve: They are above any rules in Italy. Did we have to cut off our hands?
Sarri Pro 2:2 with Atalanta: We played with one of the best teams in Europe right now
Pep Guardiola: Manchester City have won a place in the Champions League on the pitch. I hope that UEFA will allow us to play
Atalanta extended their unbeaten streak to 14 games and is ranked 3rd in Serie A
Ronaldo scored his 27th goal in Serie A, converting a penalty in the game against Atalanta. Immobile has 29 balls
Sterling scored 27 goals for the season and broke his record. He scored a hat-trick against Brighton
Three Atalanta players have scored 15+ goals in the Serie A season. This is the best result since 1952
Source https://www.thesun.co.uk/sport/6449728/neymar-pictured-london-thomas-tuchel-psg-future/