OLIVIA Attwood sent pulses racing as she stripped down to racy lingerie and a faux fur coat on Instagram.

The 29-year-old former Love Island star left little to the imagination while posing in the revealing number.

In the clip, Olivia put on a sultry display in a black bra with a cut out detail and a layered necklace.

She covered herself in a faux fur coat before giving fans a glimpse of her toned figure underneath.

Olivia also sported a full face of makeup, while her blonde tresses were perfectly curled.

Fran Parman added: "That my girl."

After posting the sizzling shot, Olivia hit back at a troll who had branded her a dog for sharing the post.

She took to her Instagram Story to reply to the nasty message, adding a dog emoji sticker.

Olivia is currently preparing to marry footballer Bradley Dack - and is planning an extravagant wedding on her new TV show, Olivia Meets Her Match.

In a recent interview with The Sun, the blonde opened up about being stronger than ever with Brad - and even lifted the lid on their steamy sex life.

It comes after the Blackburn Rovers player suffered a horror knee injury that almost cost him his career. 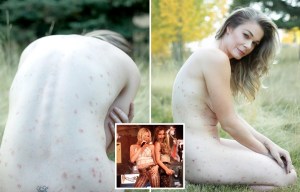 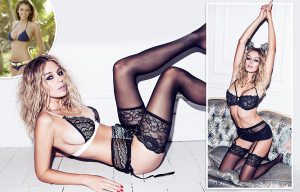 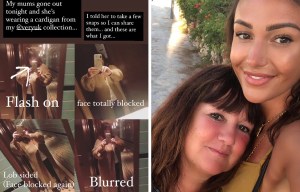 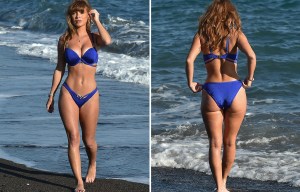 Speaking about his injury, Olivia said: "The injury affected our sex life massively and it was very difficult for a long time. It meant I had to do all the work and normally I’m quite lazy in that department.

The couple previously revealed they had been forced to cancel their dream wedding next year due to Covid-19.

Liv got engaged to Brad last October after he proposed during a romantic holiday to Dubai.

Holand on substitutions: maybe Favre wants me to score more. More often and faster until replaced
Egypt's al-Ahly won the African Champions League for the 9th time, defeating Zamalek in the final in the Cairo Derby
Tottenham's Vinicius is the Europa League player of the week. He scored 2+1 in the match against Ludogorets
Ex-President of Barca Laporta will take part in the new elections
Antonio Cabrini: Maradona would still be alive if he played for Juventus. The love of Naples was strong but unhealthy
Ferguson on Rashford's charity: Fiction for a young man. He should give me some advice
A Preston player who twice touched an opponent's genitals was disqualified for 3 matches for aggressive behavior
Source https://www.thesun.co.uk/tvandshowbiz/13062511/olivia-attwood-strips-lingerie-faux-fur/

Original cast members of Gogglebox are where they are now

Watch Brighton vs Liverpool live on TV, kick off time and live stream

Liverpool’s next six Premier League fixtures will determine their season

‘No-deal’ could lead to job losses

Body worm cameras having an impact on 'deplorable' attacks on firefighters

Stark warning impact 'no-deal' Brexit could have on region

Arts and exercise for the disabled through beyond lockdown

Eating Out: Curry night-in courtesy of Red Chilli in Northallerton

Yorkshire Trading Company to return to Durham after four years

Hall on Craven Park nightmare, being scouted by Bastian and NRL

What needs to happen before Hull can move into Tier 2

Hull's most bizarre urban myths - and the truth behind them

Hilarious ideas for Elf on the Shelf during lockdown

How Universal Credit claimants can qualify for free NHS prescriptions

M&S, Home Bargains, Wickes- stores will be shut for longer this Christmas

Schools are at the epicentre of Scotland's Christmas covid conundrum

Nicola Sturgeon's dominance is an indictment of Scotland's opposition

Sir Jackie Stewart opens up on his wife's battle with dementia