WHEN it’s baking hot on holiday the last thing you want to be doing is awkwardly lying on the hard ground next to the pool – but could it be the key to racking up the likes?

Stars seem to love rocking the uncomfortable pose on Instagram, and as ridiculous as it is, it certainly makes them look incredible.

From Jade Thirlwall to Britney Spears, celebrities have been giving the hard-to-execute stance a go.

The Little Mix singer wowed in a cobalt blue bikini while cooling off by the pool in Thailand recently.

Vogue Williams used the look to soak up the sun - and show off her impressive figure - during a relaxing holiday.

Tweaking the stnace, Rita Ora submerged half her body while posing for the camera in Los Angeles.

Meanwhile, Zara McDermott enlisted the pose as she looked delighted to be served brunch during a trip to the Maldives.

Similarly, Kourtney Kardashian elegantly reclined in a metallic bikini in the heat.

Britney Spears included a leg pop as she gave the tricky stance a go in a yellow bikini.

Both Jess Wright - on the Turks and Caicos Islands recently - and Georgia Harrison opted for a more upright version of the pose.

As did Amber Gill, who incorporated it for a photo shoot at a spa break over new year.

And Amy Hart took in her surroundings with the stance in Dubai.

Britain’s Got Talent judge Amanda Holden also posted a shot of her precariously lying close to the edge of a pool.

Gaining extra points for her interpretation of the pose, Little Mix’s Leigh Ann took things to the next level stretching out on the edge of an infinity pool.

Although she looked dangerously close to toppling off the side, the singer set pulses racing in a sizzling red bikini during a break to Bali this week.

Fellow band member Perrie Edwards jumped on the pose’s bandwagon last night, reclining in the sun and arched back on the hard pool edge.

Also shunning a comfy pool lounger, Bella Hadid, Jessie J and Katy Perry have sacrificed comfort in the name of getting the perfect Instagram shot.

Here’s the collection of the stars who have followed the baffling trend, all in the name of nailing their holiday photos… 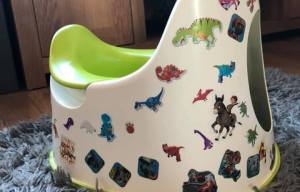 TOP OF THE POTS 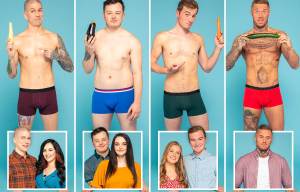 IT'S A SCHLONG, HARD LIFE

Four well-endowed men reveal reality of having a massive willy 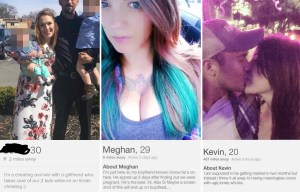 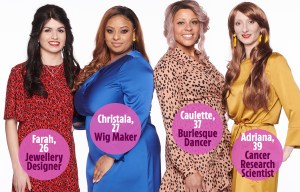 Can you guess what surprising thing these four women have in common? 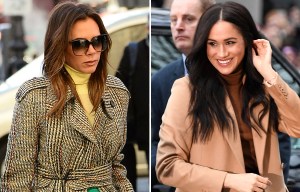 Victoria Beckham 'mortified' after being accused of leaking Meghan stories 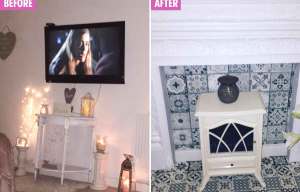 Mum creates an incredible new fireplace and it only cost £24

Ever wondered how the ‘IT-girls’ on Instagram get all the likes? It all boils down to knowing how to work the angles.

A previously trend sweeping the social media world was the ‘Insta-sit,’ which became popular with bikini bloggers and models as it lengthened limbs and shows off tans.

Other trends to prove popular in recent years have also included models showing off their 'ab cracks', while a particularly risqué trend known as the one-finger selfie challenge also swept the net.

Georgia May Foote looks incredible in a camo bikini as she enjoys a cocktail on Greek holiday
Source https://www.thesun.co.uk/fabulous/6419548/jade-thirlwall-britney-spears-on-the-edge-pool-pose/

Red Letters / February 28 2020 - Liverpool have weaponised Anfield, but are they truly the Unstoppables?

'Mystery object' in orbit around Earth shown in new images

Bernie Sanders polling higher than Elizabeth Warren in her own state

Bomb Idlib’s civilians, win the war: what the West taught Assad and Putin

ADVERTORIAL: Play the game by passing on your old toys

As a doctor, I've watched Republicans make the US more vulnerable to coronavirus than it ever should have been

Opulent Victorian mansion that has a very modern twist

Boy, 10, dies after serious crash on the M60 motorway - a BMW driver has been arrested on suspicion of drug driving

"I battered him" - road rage motorist jailed for Adlington attack

BBC looking for Brits to travel to Mexico for new show

Which countries currently have coronavirus travel restrictions in place?

Man jailed after collision which killed 'beautiful' schoolgirl in Salford

20 pledges for 2020: After using every excuse in the book to not cycle, I've finally given it a go

Stepdad gets life in jail for impregnating stepdaughter, 12, nine times

We won’t soak up anything, confirm pub crisps

'There's been no change': Jaded Israelis head to polls for third time in a year, as polarised as ever

Adult expects kids’ film to solve all her emotional issues

Boris Johnson’s guide to ‘levelling up’ your life

You can propose to your boyfriend today, if he’s a twat

Coronavirus global threat upgraded to ‘very high’ by WHO

'An epidemic is coming': Europe struggles to contain coronavirus

'I guess I wasn't': Joe Biden admits he was not arrested trying to visit Nelson Mandela in prison

While Muslims are being murdered in India, the rest of the world is too slow to condemn

Garth Brooks confuses fans with Sanders jersey: 'I wish you'd keep your political preferences to yourself'

Why Storm Jorge came after Storm Dennis - how are the names chosen and by who?

Minneapolis and St. Paul is a match made in heaven and proves excellence is a twin thing