Motorists have to fork out up to 30p in service charges each time they park, and cough up a further 10p for text alerts.

And the AA says that is sending parking costs soaring for the 200,000 people who pay by mobile every day.

AA president Edmund King said: “Motorists assume when they pay that it is for the parking and usually have no idea they are being hit by an extra charge. It is a rip-off.” 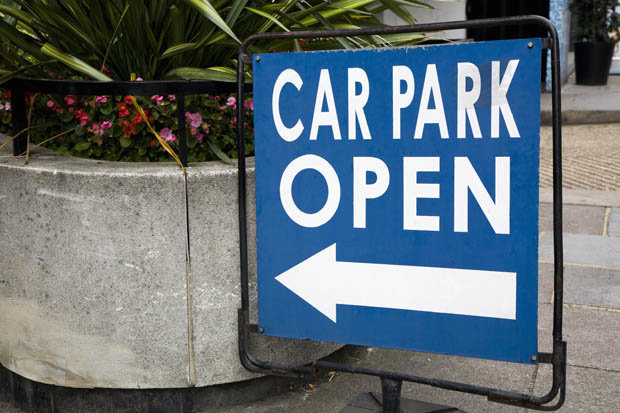 The fees are often hidden in small print and set by local councils and private operators.

RingGo, which operates in 400 UK areas, has service fees of up to 30p alongside 10p text reminders.

PayByPhone, which is widely used at hospital car parks, has a service charge of up to 20p and 10p texts.

RingGo said many areas had ended service charges, with no extra fee in 25% of transactions. Drivers could opt out of text messages.

Gasperini on Atalanta's 93 goals in 33 matches: we are Not staging extravaganzas to humiliate the opponent
Luis Suarez: We lost the title ourselves. For the sake of prestige, Barca must concentrate on fighting for the Champions League
Real Madrid is ready to sell Ceballos for 25 million euros
Manchester United is ready to pay 120 million euros for Sancho if they get into the Champions League
Saul: if Real Madrid win La Liga, it will only be because they deserve it. VAR puts a penalty in their favor, as they put pressure on the opponent
Tiago put his house in Munich up for sale. Liverpool was Interested in him
Glushakov before the game with Spartak: I have no problems with the fans
Source https://www.dailystar.co.uk/news/latest-news/730111/uk-parking-car-parks-firms-rip-off-phone-charges-AA?utm_source=feedburner&utm_medium=feed&utm_campaign=Feed%3A+daily-star-latest-news+%28Daily+Star+%3A%3A+News+Feed%29

Kelly Rowland describes being in Destiny's Child with Beyoncé as 'torture'

McDonald's announces price cut - here's how much you save

Many people complaining of 'coronavision' issues with eyesight deteriorating during lockdown

200,000 households in England may struggle to pay energy bills due to Covid-19 pandemic

200,000 households may struggle to pay energy bills due to Covid-19

The meaning of 'pampering' in a post-lockdown world

When secret coronavirus contracts are awarded without competition, it's deadly serious | George Monbiot

The power of touch: I'm shielding with small children. Chubby thigh squeezes have saved my 2020

Punter leaves woman with permanent scarring after throwing glass at her

Transfer window, start dates, fans' return - everything we know about the 2020/21 Premier League season so far

Face masks in shops: Staff told they can phone police 'as last resort' over rule breakers

Coronavirus latest: Here's what you need to know this Wednesday, July 15