The Duke of Sussex’s memoir will be published by Penguin Random House in late 2022 and contain an “intimate and heartfelt” recollection of his life so far. The book deal made Prince Harry about 20 million pounds according to The Times. The Queen, the Prince of Wales and the Duke of Cambridge, were given very short notice about Harry’s memoir announcement, reported the Telegraph.

A huge 95 percent of voters said that Prince Harry should not publish a tell-all memoir, with only 3 percent saying he should and 2 percent not knowing whether he should or should not, in a poll of 28,258 people held between 11.30am July 20 and 3pm July 22.

The majority of those who said he should not publish the memoir, making up 89 percent of the overall participants, said they think his memoir will spill more secrets about the Royal Family.

One reader, sensible lass, said Harry’s book “will be bitter and vindictive”, “I have no interest in what he has to say about anything because of the shameful way he has treated his family,” they continued.

Another reader, Tunnicliffe, said the memoir would simply be a “book of lies”. 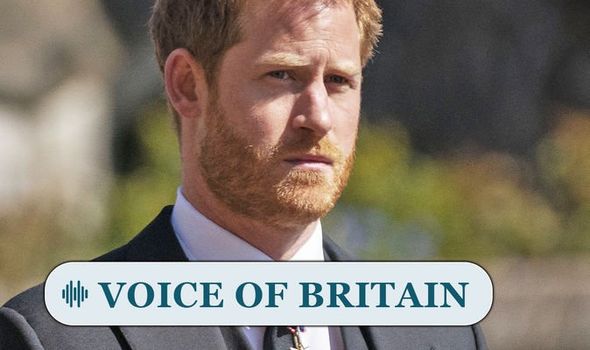 Will you read Prince Harry's memoir when it is released? (Image: Getty)

When asked if they would be reading Harry’s memoir, 93 percent of Express.co.uk readers said they would not. Meaning, roughly 550 people said that they do not think Harry should publish the memoir but did not say they would not read it.

Reader VHP said: “Why buy a book about a self-centred whining brat, because that's what he's become. He wanted privacy and to live his life without intrusion, but he's done the complete opposite.”

The figures produced by polling our readers do not reflect predictions for Prince Harry’s book sales.

The internet is buzzing with speculation that the Royal autobiography will beat ex-president Barack Obama’s A promised Land which sold more than 890,000 copies on its release day. Some are even predicting that it will beat Michelle Obama’s Becoming, which has sold more than 14 million copies worldwide.

Without the crowd's roar, Tokyo Olympians search for spirit

Hope that peak of third Covid wave may now have passed

Jeopardy! fans want LeVar Burton to be made the ‘permanent host’ as he FINALLY makes his debut on the iconic game show

Soldiers and sailors ordered to turn off their Test and Trace apps as a record 5,200 are self-isolating

Jesse Jackson among 39 arrested for sit-in at Sinema office

Glorious Goodwood tips TODAY: Templegate’s NAP for day one is Rolls-Royce of a horse who DOMINATED here last time

Roberto Carlos believes England should be proud of Euro 2020 performances

Heatwave deaths could soar to 7,000 a year by 2051 due to rapid global heating

Horoscope today, Tuesday July 27: Daily guide to what your star sign has in store for your zodiac dates

Heatwaves could kill 7,000 people annually in the next 30 years

Booker Prize 2021: The longlist is here and these are the titles to read now

Often find yourself awake at 3am? Here’s how to get back to sleep

Heatwaves could kill 7,000 people a year

Here’s how to focus in a busy office

Mexico's most ardent anti-masker is ill with COVID-19

Prosecutor: No charges in jail death due to poor training

More than half of Covid hospitalisations are patients who tested positive AFTER admission, leaked data reveals

People in Missouri are wearing disguises to get vaccinated, doctor says

Britney Spears asks for accountant to replace father as conservator

Bernadette Walker’s gran says evil killer dad MUST reveal where schoolgirl, 17, is buried so she can ‘rest in peace’

Black leaders rally to preserve cemetery next to skate park

Thug slapped boy, 3, and covered him in peanut butter for dog to lick off