While chatting about life in LA, mental health, his family and future plans, Harry dropped in about his shock at the amount of attention he received while living in Beverly Hills.

He complained about the media "feeding frenzy".

"I've got so much I want to say about the First Amendment as I sort of understand it, but it is bonkers," he said.

"I don't want to start going down the First Amendment route because that's a huge subject and one which I don't understand because I've only been here a short time.

"But, you can find a loophole in anything.

"You can capitalise or exploit what's not said rather than uphold what is said."

One outraged social media user wrote: "If he has a problem with the constitution then he can go back to Britain."

"Get the hell out of America," another chimed in.

Back on UK turf, Nigel Farage gave his two pennies' worth too, tweeting: "For Prince Harry to condemn the USA's First Amendment shows he has lost the plot.

"Soon he will not be wanted on either side of the pond."

In the same podcast chat, Harry blasted dad Charles’s parenting and said he moved to California to “break the cycle” of pain for wife Meghan and their kids.

The Duke, 36, claimed his father, 72, “suffered” due to his upbringing by the Queen and Philip, then “treated me the way he was treated”.

In a sweary podcast chat, he described royal life as a mixture of The Truman Show film and being in a zoo.

The royal also revealed he wanted to quit royal duty when he was in his twenties, saying: “I didn’t want this job.”

Elsewhere in the podcast, Harry revealed...

He told how he hated his role after the death of his mother Princess Diana and always felt different from the rest of his family.

And he said he moved to the US with Meghan and baby son Archie to escape his “genetic pain”.

The Duke opened up about his mental health struggles in a brutally frank, and profanity-laden, chat with US podcast host Dax Shepard.

He also claimed that he was told “you need help” while he was ­growing up but rejected it, saying: “There is nothing wrong with me.”

Only weeks after telling Oprah Winfrey in a bombshell interview that his dad was “trapped”, Harry again opened up about their father-son relationship.

He said on the Armchair Expert podcast: “I verbalise it, which is, ‘Isn’t life about breaking the cycle’?

"There’s no blame, I don’t think we should be pointing the finger or blaming anybody. 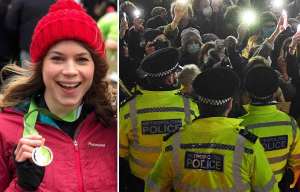 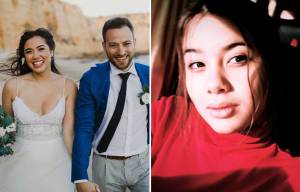 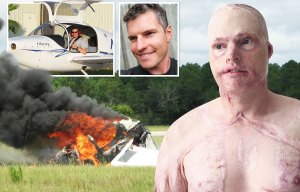 4 arrests after convoy blasts ‘f*** the Jews, rape their daughters’ in London 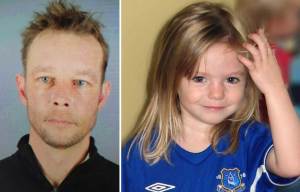 Boy, 6, fighting for life in hospital with rare disease linked to Covid

“But certainly when it comes to parenting, if I have experienced some form of pain or suffering because of the pain or suffering perhaps my father or my parents suffered, I’m gonna make sure that I break that cycle so that I don’t pass it on, basically.

“There is a lot of genetic pain and suffering that gets passed on ­anyway. As parents we should be doing the most that we can to say, ‘You know what, that happened to me, I’m gonna make sure that’s not going to happen to you’.”

Following Harry's "disgraceful" swipe at Charles’ and Philip’s parenting skills, royal aides reportedly want the Prince and Meghan to give up their titles.

Pandev played his last match for the North Macedonia national team. Wijnaldum presented him with a commemorative T-shirt, and the players were escorted to replace him with a corridor of honor
Euro 2020: Group C results
Ukraine has 7 defeats and 2 wins in the group stages of the Euro
Ukraine has 1 shot on target in the match against Austria, 0-in the second half
Samuel Eto'o: If I could sign Ramos to Barca, I wouldn't even doubt it. PSG he would help win the Champions League
Ukraine is still stuck (waiting for the exit from the 3rd place), the Netherlands - 9 out of 9, Austria in 1/8 will play with Italy: the results of group C:
Ukraine finished third in Group C. It is 4th in the ranking of third teams

Decorator puts down ‘influencers’ after being asked for ‘exposure’ freebie

Covid: Can you be turned away if you don’t use Test and Trace?

Local cricket: Northern punish Sefton Park to extend their lead at the top

Six Everton untouchables that new manager must build squad around

Son was 'sunshine that lit up every room' said devastated mum

Delta variant: Where in the US is it and can the Covid vaccines protect against it?

Armani shows off scar from arm fracture in recent fall

Putin ‘would have landed UFO on White House steps’ to show ‘superiority’ if Russia was behind sightings, GOP rep says

Lancashire man who threatened to kill is being hunted by police

Pointless contestant was once 'smuggled into UK in motorhome'

Helicopter search over the Tay finds nothing

Amazon Prime Day 2021 laptop and tech offers: Save 30 per cent on this laptop desk

How tall is Bow Wow and what is his net worth?

Blyth Live festival is cancelled for a second year

Buck Sexton and Clay Travis: Who are the replacement radio hosts for Rush Limbaugh?

Older generations got better financial advice, according to most young adults

Jana Kramer asks ‘can’t a girl go on a date?’ after fans slam her for ‘moving too fast’ with Graham Bunn after divorce

Three generations of family celebrate birthday - on the same date

Countryfile star Julia Bradbury, 50, shows off rock-hard abs as she lifts weights after hitting out at bodyshamers

Germany gets 1st military rabbi in over a century

England’s Mount and Chilwell isolating after interacting with Gilmour

Birthday of girl, 15, killed by driver ruined by disgusting theft

Conspiracy theorist attempted to murder pregnant partner in the bath