REAL Housewives of Beverly Hills star Teddi Mellencamp has revealed the name of her newborn daughter.

The reality star and her husband Edwin Arroyave have named their bundle of joy, Dove Mellencamp Arroyave.

The happy coulple welcomed their baby girl on Tuesday night after she documented her labor on social media.

The 38-year-old reality star gave fans a peek at her baby's girl foot in a short video on Instagram stories to confirm her daughter's arrival.

The song and lyrics for the Temptations classic hit, My Girl, also played in the clip.

Following the announcement, Teddi went on to share a snap of herself with husband Edwin as they cradled their newborn daughter.

The pair look overjoyed, with Teddi writing: "Guess what, baby girl. You are stuck with us because we are absolutely in love with you. #aboutlastnight."

Teddi revealed she was in labor by posting a snap of her hospital bags and a My Breast Friend nursing pillow.

Then in a clip from her hospital bed, she asked her husband: "What was my overall demeanor prior to my epidural."

To which he replied: "Screaming and crying ... all the things. Now I'm all happy."

While another video saw the Real Housewives star ask: "Did you get crushed ice? That's the best part of the hospital."

Teddi later posted a clip of son Cruz and friend Kyle Richards in the hospital room.

The Bravo star and the Skyline Security Management founder are already parents to daughter Slate, 7, and son Cruz, 5, who were both conceived with the help of fertility treatments.

Edwin is also father to 11-year-old daughter, Isabella, from a previous relationship. 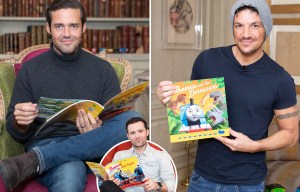 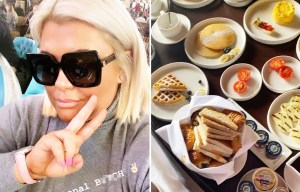 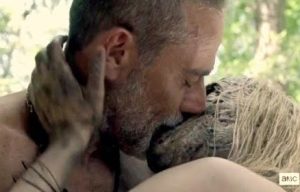 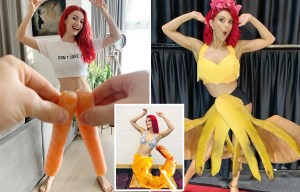 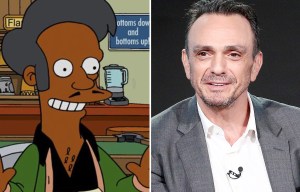 Teddi is the daughter of rock legend John Mellencamp AKA Johnny Cougar.

The pair married Edwin back in 2011 and the couple have a combined net worth of around $12M.

Body Coach Joe Wicks has been offered a £3.3million deal to create a healthy new meal range with Tesco

Calls for a cheer for shop workers and delivery drivers

‘Selfless’ mum, 48, dies of coronavirus a week after being hospitalised with killer bug

GHD slashes 20% off straighteners, curlers and hair dryers but you’ll need to be quick

Five of the best celebrity-narrated audiobooks

Toddler and sister, 8, found dead in creek the day before bodies of their ‘suspected’ parents are discovered

Is a dry mouth a symptom of coronavirus?

Anthony Joshua vs Kubrat Pulev to be delayed until end of July amid coronavirus outbreak, confirms Eddie Hearn

Lancashire coronavirus cases increase by 40 in a single day

Pep Guardiola vows to come back ‘stronger, kinder.. and FATTER’ in heartwarming plea to fans amid coronavirus crisis

Lionel Messi ‘tops Diego Maradona and Ronaldo as greatest of all time after 15 years at top’, claims Cassano

Watch the rooftop rave that had Ancoats residents dancing on balconies

Coronavirus cases in Blackburn with Darwen continue to rise

Advice for people with Asthma who are worried about coronavirus

New York Gov. Cuomo said he’s ‘seeing people die all around me’ and warns the storm is near as hospital ship arrives

Is nausea a symptom of coronavirus?

What is PPE? Guidance on who needs protective equipment and when to wear it

Taxis and other cars are targeted in deliberate fire

Tributes to racehorse owner who died from suspected coronavirus

UK to enter deepest recession since the financial crisis with economy to contract 15 per cent, experts predict

Coronavirus appeal: A special message from the Royal Free Charity

The odds of the coronavirus lockdown really lasting six months

'What is wrong with people?' Anger as Sainsbury's 'smashed up' in UK coronavirus horror

The supermarkets that still have delivery slots

'Virtual pub' set up during lockdown hires staff to cope with 14.5K customers

Reason Richarlison trending on Twitter as Neymar ex gets involved

Should non-essential businesses still be asking their employees to come to work?

Heartbreak as devoted mum-of-four dies after falling from balcony

How WWE have been able to produce WrestleMania 36 – pre-recording, closed sets and NO FANS behind closed doors

How many episodes of Liar are left? Series 2 unearths shock past

East Lancashire jobs at risk as BrightHouse collapses into administration