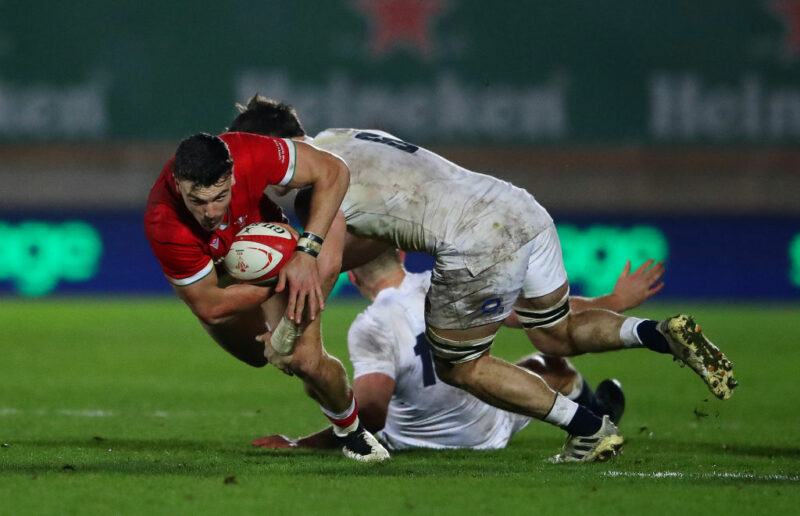 That was the strangest Wales and England game I can remember for a long time. For the first since 2008, everyone expected Wales to lose but it wasn’t the annihilation some expected and I thought Wales were much improved on the whole compared to the rest of their autumn campaign so far.

Still, it wasn’t good enough to get that elusive win over the team’s oldest rivals. England were good value for the victory but they did nothing of surprise.

They were big, physical, and looked to dominate the contact area. Wales stood toe-to-toe with them – for the first half especially – but when you make that many tackles over the course of the 80 minutes, you get tired and that caught up with Wales late on with a string of penalties. It allowed Owen Farrell to put the game out of sight with his boot.

There were 12 Welsh penalties in total over the course of the 80 minutes which was an improvement on some of the other games, but there were still the same old failings which must be sorted. The obvious one to point out is the four lineouts lost. In Test rugby that is criminal.

People will be piling into hooker Ryan Elias, but I think the issues impacting the lineout are far bigger than just one man. Yes Ryan did throw one lineout not straight, but the set-piece wasn’t much better when Elliot Dee came on unfortunately. The scrum also struggled, particularly in the first half.

It meant that yet again Wales could not play in the right areas of the field and had only 40 per cent possession. These are basic errors which must be rectified.

However there were finally some positives. When I looked at the back row of Shane Lewis-Hughes, James Botham and Taulupe Faletau up against Tom Curry, Sam Underhill and Billy Vunipola, I must admit I was worried!

Those three Englishmen are big, powerful and aggressive. They are a formidable trio and Underhill was man of the match, but I thought Wales’ rookies stood up impressively.

James was excellent. He doesn’t look the biggest to me, but he never stops working and he is certainly a competitive individual. I suppose when you’re the grandson of an English cricket legend like Lord Botham then that must come pretty naturally!

He and Shane did a good job in the back row and I was impressed that James went the whole 80 minutes again as he did against Georgia.

There were also some good positives in the back-line and the chief one for me was Gloucester wing Louis Rees-Zammit. I’ve long waited for him to be given a chance and he has not disappointed.

We all know what Louis’ strengths are. He has speed to burn and is a real threat in attack, but the really positive thing for him for the long term is that he excelled against England in the areas where we weren’t sure about him.

Louis had only one run in attack and he was stopped by Anthony Watson on that occasion, but he was so impressive in defence for me. He chased well, he was solid in his tackling, and he never took a backward step.

Any man who stops Billy Vunipola dead in his tracks deserves a pat on the back and Louis did that. Well done! 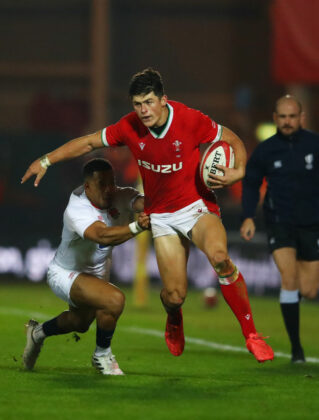 In the groove: Louis Rees-Zammit showed positive signs on the occasion of his third cap for Wales. Michael Steele/Getty Images

Vunipola picked the ball up from the back of the scrum and went straight for Louis. He planned to barge straight over him and score and I’m sure he expected to do just that, but the young Welshman did brilliantly to tackle the beast.

Another man who did well was Johnny Williams. He also flew into Billy and grabbed his first Test try with a pretty canny finish after racing on to Dan Biggar’s hack on.

Johnny has had two fine games since making his debut against Georgia and for me, he has probably been the find of this November series. Head coach Wayne Pivac must continue with him in the 12 jersey for a long period now.

It was interesting for me to hear Wayne criticise the referee after the game. I think he was right to be angry at some of the scrum decisions, especially in the first half, but I’m not sure about the incident in the run-up to Henry Slade’s try when Wayne claimed Dan was taken out by Underhill in the air.

For me it was a 50/50 call. Wayne has every right to complain if that’s what he wants to do, but the thing is neither of those decisions impacted the overall result in my opinion.

Maybe Wayne thinks differently, but I don’t think as a team Wales should be making excuses for their results right now. The bottom line is they have not been good enough in this campaign.

It’s not all doom and gloom because Wayne has kept the wolf from the door. The England match was Wales’ best game for a while and the challenge now is to finish off the Autumn Nations Cup with a win over Italy in the final game.

I’d play pretty much the same team for that one. Italy will not be easy. It seems a lifetime ago that Wales put 40 points on them and kept them to zero at the start of this year’s Six Nations.

The Azzurri will want revenge. I thought they looked dangerous in the first half of their game with Scotland and Wales will have to be wary. If he is fit, Justin Tipuric comes straight back into the side while the same could be said for Josh Navidi. If they do, it will certainly be harsh on Shane and James.

Given the level of those two’s performances, I’m not sure it’s worth risking Josh even if he has passed the return to play protocols following his concussion.

I think it would be much better for him to go back to Cardiff Blues and play a couple of regional rugby games, either in the European Challenge Cup or in the PRO14.

I’d also like to see some of the senior Welsh backs make a step up. I thought Dan and Leigh Halfpenny have had better games than their ones against England. Wales need them firing on all cylinders to make an impact.

I expect Wales to beat Italy on Saturday, probably by around 15 points. That will bring the curtain down on Wayne’s first full year in charge.

Let’s be honest it has been a pretty dark one, but hopefully better things are around the corner. A win over Italy would give Wales hope and some momentum to take into the 2021 Six Nations.

God knows they need a bit of that right now.

A hammer-and-tongs encounter. Despite a spirited Welsh performance it's England who come away with the victory.

This article was brought to you by The Rugby Paper, the UK's best-selling rugby publication, on-sale every Sunday.
To subscribe to The Rugby Paper CLICK HERE

Pioli on Zlatan's red: He apologized. This is what great champions do, which is what Ibrahimovic is
Pep Guardiola: Football is complicated. The only way I know how to be a coach is just to think about Sheffield
Conte said that Eriksen will not leave Inter: He is part of our project. Christian is a very smart guy
Tuchel wants to see Holand at Chelsea. The club will not buy Rice from West Ham after the change of coach
Eriksen pro goal for Milan: It was the perfect free kick for me. I am very happy
Conte on 2-1 with Milan: Before the winning goal, the result was unfair. Their goalkeeper is the best player of the match
Mikel Arteta: Arsenal did everything right, but they lost. Wins give confidence
Source https://www.therugbypaper.co.uk/features/39080/shane-williams-it-still-wasnt-enough-but-wales-took-a-step-forward/

How to hold a pandemic election - 100 days before Scotland's own

More than 2m people could use postal votes in Scotland elections

Nicola Sturgeon update- When is Scotland's next Covid-19 announcement?

'Hotel quarantines' on the cards for some travellers returning to UK