Shocking moment Florida cop is sent flying after being ‘slammed by woman, 23, in a stolen car’

A DISTURBING new video shows the moment a Florida sheriff’s deputy is sent flying after being hit by a woman in a stolen car.

Police say Katarina Vanfossen, 23, had been fleeing cops in South Bradenton after being involved in a traffic crash in a stolen white Ford Taurus.

Vanfossen is facing attempted murder charges for allegedly driving a white Ford Taurus into the officer.

The police aerial footage shows cops cornering the stolen vehicle in a parking lot of a South Bradenton strip mall — just hours after the car sped off when deputies first spotted it.

When they caught up with the stolen car the second time, the car with surrounded by sheriff’s office vehicles outside a local stereo store.

One deputy is seen walking up to the vehicle ordering Vanfossen to get out.

But the footage appears to show Vanfossen try to slam her way out by smacking into the cruisers.

The Ford then hits the officer, sending him flying over the hood and onto another car.

Vanfossen then got out of the stolen car and was quickly arrested by the other deputies on the scene. 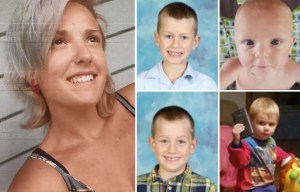 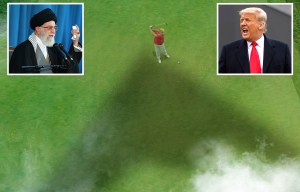 The deputy, who was transported to a local hospital to be treated for various injuries, is in good condition and expected to be released today.

Vanfossen is charged with motor vehicle theft, fleeing to elude, second-degree attempted murder and leaving the scene of a crash.

Rick Wells, Manatee County Sheriff said: "She needs to be put in prison and I will do everything in my power to make sure those charges are not reduced, that there’s no plea bargain.

“She needs to do the time because my deputy is lucky to be alive and I’m aggravated and I’m angry about it.”

Jose Mourinho: Bale had psychological scars after a couple of seasons with constant injuries
Andrea Pirlo: Juventus have everything to pass Porto, but we will not underestimate it
Pep about the championship: City need 6-7 wins. The opponents need to win everything and wait for our failures
UEFA suspended the referee of the PSG - Istanbul match until the end of the season for inappropriate behavior. The UEFA Control, Ethics and Disciplinary Committee (CEDB) has decided to sanction the referees who worked at the Champions League match between PSG and Istanbul on December 8
The Liverpool management considers the question of Klopp's resignation absurd. He retains full support
Jurgen Klopp: Liverpool will benefit from the Champions League, I hope. Let's go through Leipzig - we can become more confident
Laporta meets with Koeman and Barcelona players

Teenager dead and another in hospital after north London stabbing

12 best hand sanitisers to cleanse and protect your hands

What the IndyBest team have been reading and loving in lockdown

Meghan Markle's dad to 'respond' to Oprah interview on GMB

Hull has the third highest coronavirus rate in England

Horse racing: Templegate tips one to win at Exeter under penalty following demolition last time out

Set for Life winning numbers and results on March 8

Sarah Everard: Police ‘open-minded’ about missing woman as they appeal for public’s footage

Ainsley Maitland-Niles admits worries over "rotting away" at Arsenal

Impatient gravedigger 'looked at his watch' as family buried mum

Fears for 5,000 steel jobs as lender files for administration

5,000 steel jobs could be at risk as lender Greensill Capital files for administration

5,000 steel jobs could be at risk as lender files for administration

Is 2021 the year of the Equal Rights Amendment? I certainly hope so

Hundreds of homes left without electricity after substation fire

Weather warning for high winds in Bradford on Wednesday and Thursday

ADVERTORIAL: How Bolton School is preparing pupils for a brighter future

Coronavirus vaccine bots: A force for good or agents of chaos?

How to clean a mattress and get rid of stubborn stains, according to TikTok