Six infuriating film endings that can just f**k off 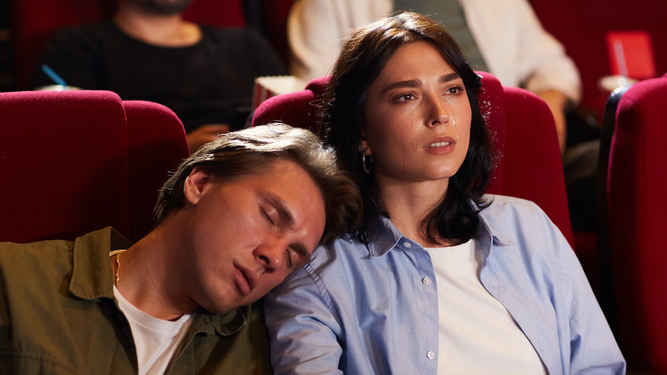 HAVE you wasted precious time and money watching films that were not great, only to be insulted by an idiotic cliched ending? Here are some that need to stop.

Whether it’s Superman or Bond, the trend is for action mayhem that goes on for 45 knackering minutes at the very least. We’re pretty sure Spielberg never thought ‘This is a terrific ending. You really need a nap during it’.

The villain pops back up for no reason

A staple of horror movies, but sometimes just a regular baddie who you didn’t conclusively see die with 60 bullets in him. The director somehow thinks it’s a clever scare, but it makes watching the film a bit of a waste of time as The Slasher Man will clearly keep returning in increasingly shit sequels.

These can be obvious (lay off the twist endings for a bit, M Night Shyamalan), done countless times before (‘It was all a simulation!’) or just nonsensical. You’ll think ‘How can the victim run over the serial killer in a car if they’re the same person with a split personality, which doesn’t really work like that anyway?’ Or, more likely, ‘F**king hell. Is the bar still open?’

Sometimes apt in a film with a tragic theme, often just tacked-on to seem deep without the hassle of thinking of a proper ending. Increasingly with franchise movies like Rogue One, everyone has to unceremoniously kark it because they’re not in the 1977 film.

Loads of stuff in the end credits

Go and f**k yourself, Marvel. Even if you’re inexplicably interested in an upcoming film with Jai Courtney as Captain Boomerang, your immersion in the film has been completely broken by finding out who did the catering.

Star Wars can’t stop doing this. Rise of Skywalker featured the brand new ‘force dyad’ plucked fresh from JJ Abrams’ arse, and the simple measure of crossing lightsabers making them incredibly powerful. Our supposed heroes the Jedi must have been thick as pigshit to never notice this. 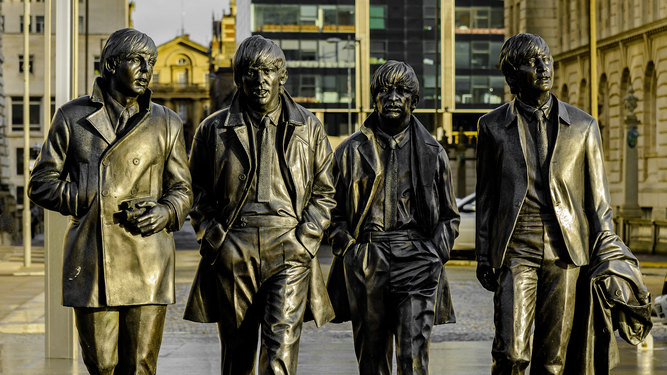 LIVERPOOL is to get £2 million to set up yet another Beatles attraction. Here’s why the city should move on from this obscure, rarely-discussed band.

They’ve got the worst name in rock history

The band apparently took ‘inspiration’ from Buddy Holly’s The Crickets, who didn’t look like insects either. In interviews they’ve referred to the name having a ‘double meaning’. Beat group, geddit? We think what they meant to say was ‘being a very crap pun’.

They didn’t exactly hang around in Liverpool, did they?

Face it, the moment they made it, they were down to London, LA or even the Mull of Kintyre. They kept their Liverpool accents and Liverpool memories but not actual Liverpool addresses. Maybe they bloody hated Liverpool? At least The Human League stuck it out in Sheffield.

Maybe Nadine Dorries (born Liverpool, currently an MP in Bedfordshire) thinks she’s doing the city she sodded off from a favour, but c’mon, a museum? Museums are for suits of armour and bits of 5,000-year-old vases, not pop groups. If you need a Beatles museum, just take out a subscription to the monthly rock music press.

You’re a city, not a bloody Ringo Starr theme park

Manchester got over Freddie and the Dreamers and The Hollies. Wolverhampton even got over Slade. Not until about six months ago, but they did. C’mon! Make the effort!

You’ll survive. Plus there are people like Mel C and Jimmy Tarbuck if you need to make up the numbers. Think about it, you could be Hull. What have they got? The Housemartins and the smell of fish.

The 12 best sports bras for large breasts in 2021: a guide to the most supportive styles for a DD+ bust

The baby names at risk of becoming extinct… so is YOURS on the list?

Costa is giving a million people free drinks in December

Is You Don’t Know Me based on a true story?

Covid infections rise in half of Liverpool City Region areas

What channel is Celtic vs Hearts? Live stream, TV and kick off details for the Premiership clash

'I will continue to make you proud': Team GB Olympic star's heartbreak after tragic death of brother in industrial accident

When does Spotify Wrapped 2021 come out?