THE death of a spouse is one of the cruellest of all heartbreaks — not only do you lose the love of your life, you lose the person you would turn to for comfort in your grief.

But as Dog the Bounty Hunter discovered when he started a new relationship within months of the death of his wife, Beth, finding love again soon after your partner's death can be met with extreme judgement from others — and agonising feelings of guilt and shame yourself.

And the situation can be made even more complicated by the fact that many relationships after the loss of a spouse are with existing friends.

Even if you are ready to move on, new lovers can feel intimidated by your grief, confused as to why you want to be with them while openly expressing love for someone else.

They might also feel uncomfortable seeing photographs of your late partner displayed on the walls of your home — when, if ever, is it the right time to take them down?

And how long is it appropriate to wait to start looking for love again?

Carole Henderson, 54, lives in Huntingdon, Cambridgeshire. She works as a grief recovery trainer at her company, the Grief Recovery Method. Carole's first husband, Kevin, died of skin cancer in 2006. He was 41.

I don’t normally talk about this, but I’m going to talk about it here.

My heart was completely broken by the loss of my husband, Kevin, in 2006.

We'd been married for 20 years — the agony of losing someone I loved so much and for so long was indescribable.

In the weeks and months after Kevin's death, I felt so alone in my grief.

It was in that situation that I began a sexual relationship with one of Kevin's friends, the cliche of a shoulder to cry on that went further than it should.

I’ve not spoken about this relationship before because I’m still worried people would judge me, even now, 14 years later.

It was about five or six months after Kevin died. There’s an expression I read that I thought really summed it up: it burned like a fire in dry grass.

It was very intense and very short. It completely imploded after about six weeks. The feelings of guilt, confusion, and my grief was so messy — the whole thing was a recipe for disaster from the start.

We got together because he had this job which meant he worked stupid hours, so it was easy to talk to him at three in the morning.

When you’re grieving and awake in the middle of the night, having someone there to talk to when there’s no one to talk to, that’s how it began.

Plus he was grieving the loss of Kevin too, so you have that understanding in common.

The feelings of guilt, confusion, and my grief was so messy — the whole thing was a recipe for disaster

He ultimately did something which was unacceptable and it was a big wake up call. I just thought, "What on earth are you doing Carole?"

When it ended, my heart wasn't broken because it couldn’t be broken any more than it already was.

Although he hurt me at the time, he gave me someone to talk to in my darkest hours. I’ll always be grateful for that. I’ve forgiven him. The man was an idiot — he lost out on me!

I don’t know what Kevin's family would’ve made of it though. To protect them in their grief, I didn’t talk about it. They didn’t need to know.

Terrified of being shamed

I told no one about it except for a couple of my very closest friends. They'd said, “Be careful, we don’t want to see you hurt.”

They understood I needed some happiness. I’d give the same advice to anyone in a similar situation now: be cautious, but enjoy the happiness.

There is this idea in people’s minds that how long you grieve for is some kind of badge of how much you loved them — if you’re seeing someone six months after your partner’s death, you couldn’t have loved them that much seeing as you're ready to move on.

But no, I wasn’t ready; my heart was still broken and I was in absolute agony over that loss.

What I wanted was just someone to talk to me, comfort me, and touch me.

Turning to someone else in that moment isn’t replacing your spouse. It’s just providing a bit of comfort.

Society says to these widows, “That’s wrong, how could you, you’re defaming your spouse's memory,” but you’re just having a cuddle

But you don’t talk about it because the judgement that rains down on you is massive — and it happens more than you might think.

I’m in lots of closed Facebook groups for widows. Even in there, where you’d imagine it would be safe, if people post about missing intimacy and they’re thinking about starting something new with someone (or they’ve already started something and are feeling guilty), they always begin the post with “please don’t judge me”.

Society says to these widows, “That’s wrong, how could you, you’re defaming your spouse's memory,” but you’re just having a cuddle.

You're just being human.

It was months later that I tried going on a dating website, but I found it absolutely appalling and I came off again.

I’d met my husband at 18, married him at 20, and I was widowed at 40. The last time I’d been on a date, the Internet hadn’t been invented and there was no dating world of webcams and messaging apps, so all the hideousness that goes with that was a real shock!

A lot of men I did speak to found it really difficult that I had a late husband instead of an ex-husband.

They felt intimidated about it because I didn’t speak badly of Kevin. They didn’t know what to do with it and would back off quickly.

When I was dating divorced guys, they tended to have way more hang-ups than widowers, because widowers hadn't been betrayed.

My first long-term relationship after Kevin, which began in 2008, was with a guy, Roger, who’d been widowed himself. He got it.

But most people don't understand — they need to know that partners who’ve died aren’t a threat, they’re not going to come round and give you aggravation about anything.

I respected Roger's previous relationship and I loved the fact that he knew how to be with someone for years.

We were together for a year or so and he was a nice man, but just not the right one for me.

I spent a couple of years on my own after that. I thought, "When the time's right, something will happen."

When I got together with Ian, I was whole and in a good place.

I'd known him since 2009 and he'd done design work for my company, but we didn't have a romantic relationship until 2012.

He was complaining one day about not being able to meet the right person, and the whole time I was internally pointing at myself going, "What’s wrong with this one?"

In everyone's head, it’d been suitably long enough since Kevin died that no one raised an eyebrow when they found out I was dating my graphic designer.

But everyone's been really supportive of me and Ian.

Ian it was a bit strange at first, living in the walls and among the things that I had shared with Kevin

Kevin's family have been especially understanding and they even came to mine and Ian's wedding in 2015.

Ian had already moved into my home before we married — which had been my home with Kevin. To me, it was my house, but for Ian it was a bit strange at first, living in the walls and among the things that I had shared with Kevin.

He was very respectful, but it was a factor in our relationship. We eventually decided that we were building a new life together, so we should get a new home together.

But of course I'll still talk about Kevin from time to time. Sometimes there’s things on TV where something will trigger it.

The other night, we were watching Virgin River on Netflix. The lead character is widowed, so there was a talking point there.

And I’ve got some photos of Kevin up in the house — but I’ve also got pictures of my mum and dad up: they’re part of who I am, and Ian is comfortable with that.

Kevin was my entire grown-up life between 18 and 40, so if I didn’t ever really talk about him, I couldn’t talk about myself.

His legacy, to me, apart from teaching me how to love someone and be happily married for 20 years, is that I am now in a vocation that inspires me and helps other people to deal with grief.

It’s about the need for human contact. The need to have a living human who can hug you and say: “Everything’s going to be alright."

I am not going to pass judgement on Dog or his family members — and neither should anyone else.

It’s that old thing: “Before you judge someone, walk a mile in their shoes.”

You’ve got no idea what’s going on in those four walls. Cut them a break. 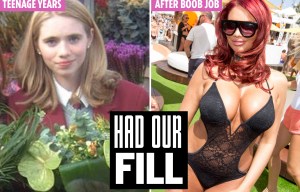 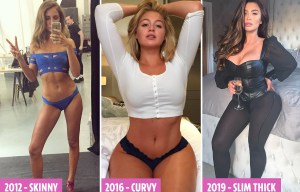 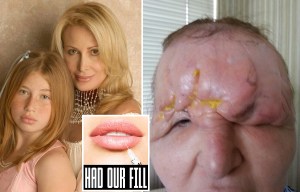 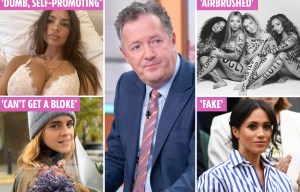 Piers Morgan is no sexist, he just tells the truth in a messed-up way 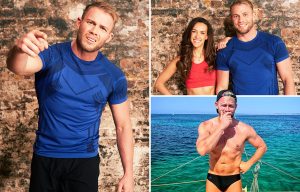 The man’s been through s**t. It’s his problem — let him work it out. You don't know how the loss of his wife has affected him.

It’s that old thing: “Before you judge someone, walk a mile in their shoes.”

Carole trains people in the Grief Recovery Method — which helps sufferers deal with death, divorce and other losses. Visit griefrecoverymethod.co.uk

Man tries to abduct schoolgirl, 11, as she walked to park in Somerset village

Girl, 9, in 'critical' condition after being airlifted to Edinburgh after three-car crash in Moray

ADVERTORIAL: Raise your chess game with these incredible chess boards and pieces

Toddler in therapy after suffering from sock lumps

Wife splits with husband after he killed her cat, replaced it with an identical one then pretended nothing was wrong

Love Island past winners – who won the show from 2015 to 2020 and which winning couples are still together?

"Considerable damage" to North Lanarkshire Council HQ ahead of Budget

What day is Bolton Market on?

Is Bolton the biggest town in England?

How did Bolton get its name and is it in Lancashire or part of Greater Manchester?

Smart speakers could accidentally record users up to 19 times per day, study reveals

Deaf kids ‘sexually abused, put in straightjackets and forced to eat till they vomit’ at Connecticut school

Man charged with attempted murder after two stabbed in Homerton

This awesome flat comes with a chauffeur-driven Bentley for renters

KFC launch 80-piece popcorn chicken bucket for £5.99 - here's where you can get it in Wales

Boy, 16, hanged himself in woods after classmates bullied him ‘for years’ for being gay

ADVERTORIAL: David Moyes aiming to back up his bold claim in Liverpool vs West Ham clash

KFC brings back 80 pieces of popcorn chicken for £5.99 deal

Friends reunion: People are worried the unscripted special will be like the Inbetweeners disaster

Things to do in Bolton when it rains - which is often

See inside the Pontin's holiday park abandoned 12 years ago

Barn to be converted into multi-purpose fitness studio

Ceilidh evening to be held in village hall

'Wow, a real life Miss Hitler': Why the trolling of journalists needs to stop