Ten beds that changed the world, from King Tut to Tracey Emin

Beds are as old as humanity itself. I sleep, therefore I am. Until last year, the first evidence for the use of plant mattresses – made up of layers of stems and leaves – was from 80,000 years ago. But a new study turned that on its head and dated the use of grass bedding to caves in southern Africa 227,000 years ago, which is when homo sapiens were just getting into their stride. Early humans put grass bedding on top of an area that had been burned to get rid of insects. They recognised the value of sleeping well. It also seems they liked staying in bed: the presence of slivers of rock among the remnants of grass mattresses suggests they made stone tools while still in bed. So don’t feel any guilt about using your laptop from bed: we’ve been at it from the start of human existence.

2. Egypt and the art of sleep

Ancient Egyptians were obsessed by death – some might argue their society was an elaborate necropolis – and that obsession extended to the mini-death we call sleep. The beds the pharaohs were sleeping on 5,000 years ago were not radically different from the ones we use today. A rectangular frame on short legs (often sculpted in the shape of a lion or a bull), with reeds plaited together to form a mattress, a footboard and an uncomfortable-looking headrest. Tutankhamun was entombed with six beds, including a folding bed that is unique among the pharaohs’ burial objects. The world’s first ever camp bed. 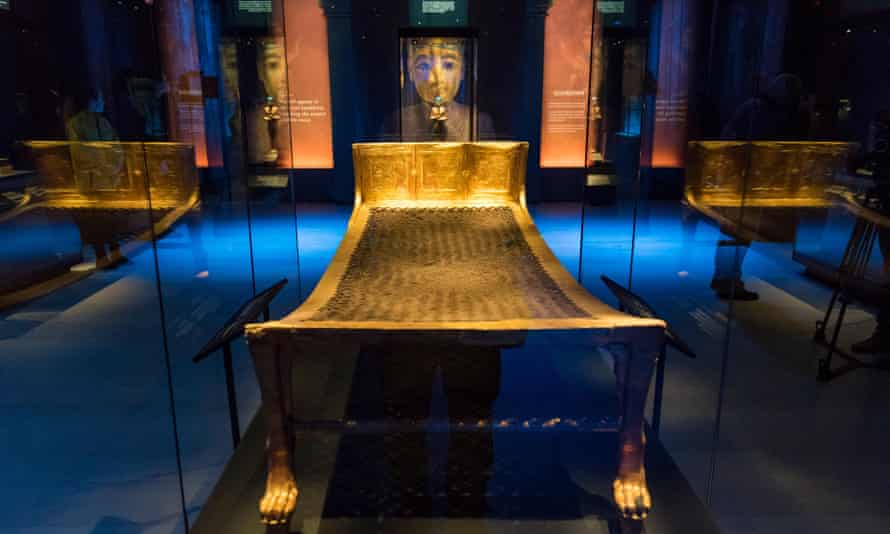 Edward I (1239-1307) was a monster, in every sense. OK, that’s a little unfair. He was a medieval English king determined to make more of a success of the job than his father, Henry III, and on the whole he succeeded – bringing the overmighty barons into line, conquering the Welsh, subduing the Scots. That inevitably led to a lot of generalised butchery, and he gets a very bad press in Braveheart. He was extremely tall by 13th-century standards, about 6ft 2in (which added to his intimidating presence), and was nicknamed Longshanks. His size and the fact he was always moving round the country waging war made a sturdy bed essential. The Tower of London houses a re-creation of Edward’s bedchamber and a replica of the elaborate four-poster bed that went with him on campaigns; not for him a neat Tutankhamun number. The royal household’s financial accounts record a payment for the original of “11 shillings and a penny for timber, boards and sawn panels for a bed for the lord king and for transporting it through England”.

The most evocative bed in British history is the marriage bed of Henry VII, a sumptuous four-poster also known as the Paradise Bed. It was made to mark the marriage of Henry VII to Elizabeth of York in 1486, and features the Red Rose of Lancaster and the White Rose of York, symbolising the union of the two houses after the end of the Wars of the Roses. The elaborately carved headboard shows two naked figures in blissful, serpent-resisting harmony. It could be Adam and Eve (hence Paradise Bed) or possibly Christ and the Virgin Mary restoring edenic joy after Adam and Eve’s little local difficulty. There have been arguments over provenance, but they seem now largely to have been put to bed. The bed went missing for 500 years, but was rediscovered when the Redland House hotel in Chester was demolished in 2010. The bed, which had been in the hotel’s honeymoon suite, was dismantled and left in the car park, where it was spotted by an auctioneer. Romantics like to believe it was the bed in which Henry VIII was conceived. 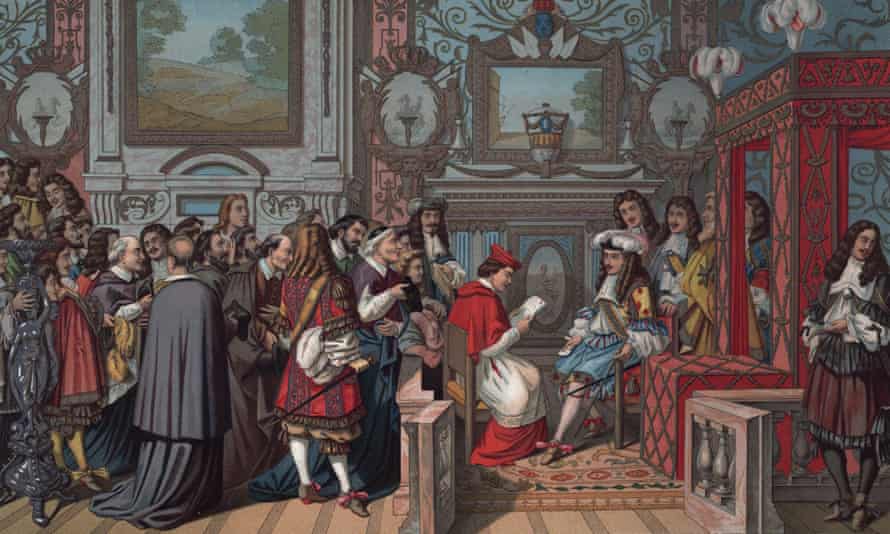 5. The Great Bed of Ware

As the name suggests, this four-poster’s claim to fame is its size – 10ft by 11ft and large enough, according to the Victoria and Albert Museum, which acquired it in 1931, to accommodate four couples. It was made in about 1590, but there is little evidence it was used for Elizabethan hanky-panky. The supposition is that it was commissioned as a tourist attraction for an inn in Ware, Hertfordshire, and created by local carpenter Jonas Fosbrooke. It did, though, encourage a certain playfulness: some of those who slept in it carved their initials on the headboard and bedposts, and in 1689, to win a bet, 26 butchers and their wives are said to have slept in it. At the same time. The bed also achieved literary fame: Shakespeare refers to it in Twelfth Night, and Ben Jonson in Epicœne. 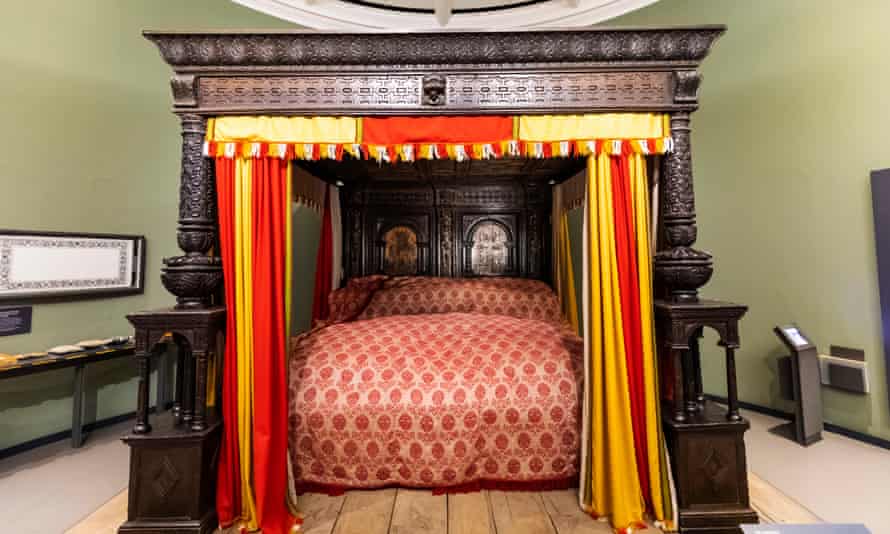 In his will, Shakespeare bequeathed his “second-best bed, with the furniture” to his wife, Anne Hathaway. The bequest was made in a line scribbled on the will a month before Shakespeare died, and biographies have been written based on the lateness of the addition and its apparently disrespectful sentiments. The suggestion is he disliked his wife, who was eight years older than him and may have forced him into marriage when he was 18 because she was pregnant, but the evidence is sketchy. It was common for the eldest child – in this case Shakespeare’s daughter Susanna – to get the bulk of the estate, and the gesture may even have been affectionate. The best bed in a well-appointed 17th-century household was usually reserved for guests; the second-best bed for the people who lived there. This may, some suggest, have been the marital bed.

A bed that might truly be said to have made history is the Mary of Modena Bed, in which Mary of Modena – the wife of the Catholic King James II – gave birth to a son in June 1688. James had no male heir, so a Protestant-leaning public were reassured by the belief that he would be succeeded by Mary, his avowedly Protestant daughter from his first marriage. The arrival of a son to Catholic parents upset these plans, and led to rumours that the child had been stillborn and a replacement smuggled into Mary of Modena’s bed inside a warming pan. The disputed birth led directly to an invasion by Mary’s husband, William of Orange, and to the Glorious Revolution, which established a Protestant ascendancy. William and Mary became joint monarchs, James II fled to France, and his son James Francis Edward Stuart – the alleged warming-pan baby – spent his long life trying to win back the throne for the Stuarts. The dispute over the alleged substitution led to a rule that home secretaries should be present at a royal birth, including that of the Queen in 1926. The tradition was only discontinued in 1948.

As well as being dynastic weapons, beds could convey authority. The French “Sun King”, Louis XIV, who was monarch for 72 years from 1643 until 1715, was the master at bedroom governance. He converted the drawing room at the palace of Versailles into a bedchamber, and gave audiences to dozens of people each day from bed. The act of getting up and dressed became a formal state occasion, attended by numerous servants, courtiers and assorted hangers-on. 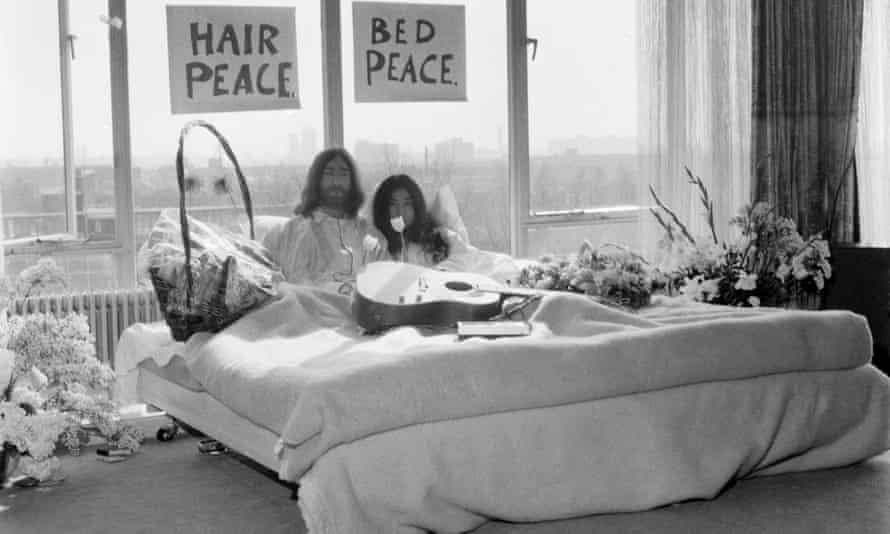 Elvis Presley had his self-indulgent hamburger bed, but John Lennon and Yoko Ono put beds to better use after their marriage in March 1969. They first spent a week in bed on their honeymoon in the presidential suite of the Hilton hotel in Amsterdam, declaring it a bed-in for world peace – the Vietnam war was raging at the time – and inviting the media in for Louis XIV-style audiences. They then staged another bed-in two months later in Montreal. It made no practical political difference, but did at least produce a memorable song – The Ballad of John and Yoko.

Artists have always been attracted to beds. Think of Van Gogh, Manet, Lucian Freud. But no one has exploited the potential of the bed quite like Tracey Emin, whose installation My Bed was made (or rather unmade) in 1998 and exhibited at the Tate Gallery the next year, when she was shortlisted for the Turner prize. She said the gloriously messed-up bed, surrounded by detritus such as condoms, blood-stained underwear, contraceptive pills and empty vodka bottles, was the product of having spent four days in bed with depression. Media controversy was shrill, the number of visitors to the show unprecedented, and the age-old question “But is it art?” resounded round the galleries. During the Tate show, two semi-naked Chinese performance artists jumped on the bed and engaged in a good-natured pillow fight before being subdued by security guards. They later named their intervention Two Naked Men Jump Into Tracey’s Bed, and argued it was an artwork in its own right. Emin re-unmade the bed the following morning.

Moreno has 6 goals in his last 5 games for Villarreal
Coach of Zagreb: In the matches with Krasnodar, we showed how good we are. Only the implementation needs to be worked on
Ole Gunnar Solskjaer: Manchester United are waiting for three important weeks, matches with Chelsea, Leicester. We are confident in ourselves
Gattuso on Granada: If Napoli were killing time like this, we would have been smeared in the press
Dzeko is Roma's top scorer in European competitions. He scored the 29th goal and beat Totti
Mikel Arteta: We got to give them two goals. Would hate to fly out of the Europa League
Milan kicked 18 penalties for the season. This is the best result in the top 5 leagues in Europe
Source https://www.theguardian.com/lifeandstyle/2021/jan/22/ten-beds-that-changed-the-world-from-king-tut-to-tracey-emin

Sharing deepfake videos and intimate pictures could soon be illegal

Sharing downblouse images and deepfakes could be outlawed

‘Taiwan has always been the same’: Indigenous artists are reclaiming the island’s cultural heritage