THOUSANDS of university students are imprisoned in halls amid calls to shut Covid-hit campuses.

More than 500 cases have been reported across 30 sites, forcing students to be isolated in areas rife with the virus.

But many of the youngsters are partying to relieve boredom while others have questioned why they were told to return to accommodation when teaching is done remotely.

And students are also furious that they have to pay full tuition fees to simply sit in their rooms.

Phoebe, one of 1,700 trapped at Manchester’s Metropolitan University after 127 infections, blasted others and admitted: “It’s scary.

She said: “We have had no security on the inside, so it has been a wild party since it locked down.

“Everybody is mixing, regardless of whether they have Covid or not.”

Her pal Tom told how one drunken party was “petrifying”. He added: “Some students were banging on doors and shouting, ‘Open your doors, we’ve got coronavirus, we want to give it to you’.

“We called security but they said they couldn’t come in for their own safety.”

The students claimed the police would not attend as the parties spilled into violence.

Tom said: “They refused to enter. It was like a prison riot with the amount of food they were throwing about.”

Labour has written to Education Secretary Gavin Williamson calling for university terms to be delayed.

Shadow justice secretary David Lammy also claimed the students had been “done over” and ministers were “threatening to lock them up”.

But Culture Secretary Oliver Dowden said Labour should be more constructive rather than spark fears they will not be let home for the festive period.

He added: “I want students to be able to go home at Christmas.

“And if we all pull together and observe these new rules, follow the guidance, then we will be able to get to a point where that should be possible.”

She added: “Last week, shadow education secretary Kate Green said Labour should take advantage of a ‘good crisis’ — a clear demonstration Labour is more absorbed by their own interests than the nation’s.”

Accommodation blocks at the Birley Campus and Cambridge Hall at the MMU have been locked down by the council, university and Public Health England.

Yet the handling of the situation has been slammed by students, who claim they are victims of “false imprisonment”.

They say they got no warning of the stringent measures.

There were similar scenes in Glasgow, where angry students, self-isolating inside halls at Murano Street Student Village put messages in their windows.

Most in accommodation blocks have been trapped inside for five days, relying on pals to drop off supplies.

Police did break up a 100-strong rave at Manchester University at 1.20am on Friday.

The University and College Union called the situation “the latest catastrophe in a week where wholly predicted Covid outbreaks have caused havoc on campuses across the UK”.

General secretary Jo Grady said: “We warned of the problems with moving thousands of students across the country.

“The time has come for urgent action to protect staff and students.” 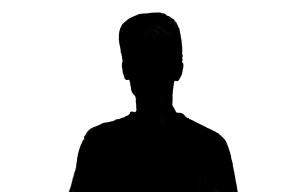 David Regan, Public Health Director for Manchester, said: “An important part of Manchester’s response and prevention plan is to keep a close eye on data and act swiftly — that is what we’ve done.”

The Scottish government last night backed down on the student lockdown, allowing them to go home to self-isolate if it helps their wellbeing.

Hans-Dieter flick: I Hope Alaba will sign a contract with Bayern. Our club is one of the best in the world
Diego Maradona: Messi gave Barca everything, brought them to the top. He was not treated the way he deserved
Federico Chiesa: I hope to leave my mark in Juve. We will achieve great results
The Coach Of Benfica: I don't want us to look like the current Barcelona, it has nothing
Guardiola on returning to Barca: I'm happy at Manchester City. I hope to stay here
Fabinho will not play with West ham due to injury
Ronald Koeman: Maradona was the best in his time. Now the best Messi
Source https://www.thesun.co.uk/news/12785144/university-students-trapped-in-halls-fees-row/

Who was Sean Connery’s wife Micheline Roquebrune and did he have children?

Why is Six Nations clash between Wales and Scotland hosted at Llanelli’s Parc y Scarlets – not Principality Stadium?

How did Sean Connery die and how old was he?

Wales wear back armbands against Scotland to honour JJ Williams

Boris Johnson to make announcement amid reports of national lockdown

Women will decide this election – and Trump keeps insulting them

How Chelsea could line up at Burnley with Ziyech, Hudson-Odoi, Werner, Havertz and Pulisic pushing to start in attack

Happy Halloween 2020! How can you celebrate it in the UK?

'No complaints' - Sunderland fans pleased with XI to face Gillingham

Arsenal have developed a surprising weakness that Man United must exploit

As the Battle of Britain anniversary ends, we must remember the debt we owe

Liverpool chef 'jealous' of people who come to his restaurant

Woman, 39, found dead in home as police arrest man on suspicion of murder