ADDISON Rae and Bryce Hall are dating as the pair seemed to confirm it in a TikTok video.

The popular social media personality released her first TikTok after a two week break and she was not alone as long rumored boyfriend made an appearance — they even shared a kiss.

Addison, 19, took to the popular social media platform to celebrate her one year anniversary since she first joined TikTok.

In the clip, Addison recreates her first ever TikTok, but this time she included Bryce who comes over and gives her a kiss on the cheek.

Questions of the famous pair's relationship status go back all the way to 2019.

"We never broke, I mean, we never separated for real bad reasons, you know?

"Like we were just busy doing our own things."

He added: "Now with quarantine, [we're] not so busy.

"Not saying anything but we're really good friends."

The rumors came to a head in the last couple of weeks, as Addison seemingly disappeared and stayed away from social media all while rumors of her being pregnant swirled.

Bryce himself had to take it to YouTube to clear up the rumors.

He explained: "Let me just clear it up. She’s not pregnant."

"I don’t know why that’s a thing, but she’s definitely not pregnant.”

Referring to the dancer not being seen, he added: "No comment on that.

Some fans even questioned if Addison was in the hospital or if she drowned.

Even a gossip blog published a fake death report that added continued to ignite the rumors.

While people wondered where Addison was, a controversial past posts of hers made their way to the forefront again as people accused her of "blackfishing."

In a now deleted Snapchat video Addison is seen getting her makeup done.

In the clip, her skin appears to be considerably darker than it usually is.

Addison was also involved in a Black Lives Matter scandal which had the teen star reposting a video focusing on All Lives Matter.

After a brief hiatus, Addison returned to the social media world to apologize for her past actions.

She wrote on Twitter: "Four years ago, I reposted a video which included a woman sharing her thoughts on Black Lives Matter and All Lives Matter that I should not have.

"Because of my privilege, I didn't understand and wasn't educated enough on the social injustices facing the Black community. 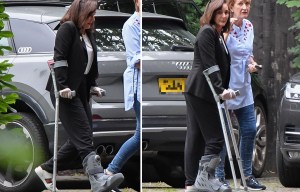 Strictly's Shirley Ballas seen on crutches after breaking her ankle 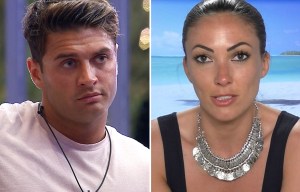 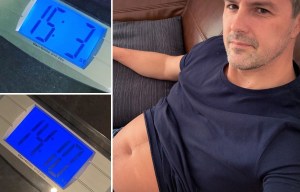 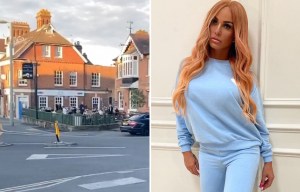 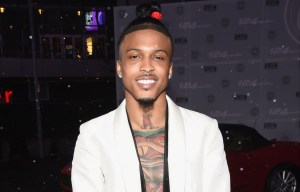 Who is August Alsina and did he have an affair with Jada Pinkett Smith? 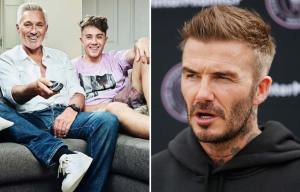 "All lives CANNOT matter until Black lives do. The Black community continues to be oppressed and damaged by systemic racism.

"I see my mistakes and am committed to learning from them."

She added: "I will never stop growing, learning, and fighting for those whose voices rightfully need to be amplified, and will forever believe that Black Lives Matter.

"I am truly sorry and I am committed to using the platform you all have given me to work on becoming a better ally."

Hazard will be in the starting line-up of Real Madrid for the first time in the Champions League play-offs
Milan is Interested in Torreira. Arsenal are ready to sell the midfielder
Lineker on bale: People have no idea what's really going on with one of the best players of our time
Lionel Messi: Aduriz will be missed by everyone in La Liga. He's a Bombardier
Shakespeare became an assistant coach at Aston Villa
In England, the stadium can be closed to spectators for racism. Players will be disqualified for 6-12 matches for discrimination
Hans-Dieter flick: I will Understand if Tiago wants to play in the Premier League
Source https://www.thesun.co.uk/tvandshowbiz/12095530/tiktok-addison-rae-bryce-hall-relationship-kissing-death-pregnancy/

Takeaway and taxi linked to coronavirus outbreak in UK town

Girl, 18, ‘dies of burns & brain injuries after getting trapped in her closet trying to shelter from huge house fire’

Upset in Emmerdale for Tracy after Charity's harsh words

Tyson Fury vs Deontay Wilder could be pushed to February if no fans are allowed in December, reveals Bob Arum

Storm Keating's 'indescribable' bond with her kids after breastfeeding them

Aberdeen 8's selfishness could have consequences for all of Scottish football

My wife and I have both been having sex with other lovers, can we save our relationship?

The Balloon displays spreading joy to a Blaenau Gwent community

Mum's heatwave warning after her daughter ended up in hospital

Outbreak of coronavirus in Middlesbrough

Black Friday guitar deals 2020: What to look out for

Eleanor Rigby plaque replaced after being attacked by vandals

Merseyside beaches from cleanest to most polluted

Nicolas Anelka reveals who his quenelle celebration was really aimed at