CAROLINE Flack begged "please let this court case be dropped" in a tragic handwritten note found after her death, an inquest heard today.

The TV star, 40, was said to be tormented by the thought of facing court in what her family slammed as a "show trial".

The inquest was told this morning she wrote: "Please let this court case be dropped and myself and Lewis find harmony."

Caroline was pronounced dead on February 15, the day after she had learned the CPS was pursuing charges that she allegedly attacked her boyfriend Lewis Burton, 27.

Today, her family and legal representatives were part of a virtually held inquest into her death, with only a coroner and press physically present in court.

A police incident report was read out to the coroner - stating Lewis had told cops he was woken up after being hit on the head.

Caroline had told police she had hit him to try and wake him, after finding out he had been cheating on her.

She told officers: "I had his phone in one hand, and my phone in the other. I whacked him round the head - there's no excuse for it, I was upset."

Yesterday her tearful mum blasted the CPS for her daughter's "show trial" at the Love Island star's inquest.

Chris, who also watched proceedings at Poplar Coroner's Court yesterday via videolink, wiped away tears as her statement was read out.

It said: "I believe Caroline was seriously let down by the authorities and in particular the CPS for pursuing the case. I believe this was a show trial.

Her mum blasted the allegations on the first day of the inquest and told the court she had received a written apology from the chief crown prosecutor over the lamp accusation.

She added: "A lamp was never involved in the assault. It was a phone. I feel that the prosecutor was unkind to Caroline and to my family.

"I was threatened with arrest when I tried to speak."

Her sister Jody said on Wednesday Caroline was "in a very anxious state of mind" before her death, adding in a statement an ambulance had been called for her four times previously.

EVERY 90 minutes in the UK a life is lost to suicide.

It's the biggest killer of people under the age of 35, more deadly than cancer and car crashes.

And men are three times more likely to take their own life than women.

Yet it's rarely spoken of, a taboo that threatens to continue its deadly rampage unless we all stop and take notice, now.

That is why The Sun launched the You're Not Alone campaign.

Let's all vow to ask for help when we need it, and listen out for others... You're Not Alone.

If you, or anyone you know, needs help dealing with mental health problems, the following organisations provide support:

In a statement read to the court Caroline's boyfriend, Lewis, told of her worries about the case and not being able to see him.

He said: "The last time [I] saw Caroline she was very upset, in fact devastated, she was not in a good place emotionally."

An ambulance had been called to Caroline's house the night before she died due to pals' concerns for her - but she told paramedics she didn't want to go to hospital.

The coroner's court heard no traces of alcohol were found in her system, but there was the presence of a drug used for insomnia.

Caroline stepped down from hosting ITV2's hit show Love Island after she was arrested. She was bailed after the first court hearing, but was banned from contacting Lewis before the trial.

Her suicide was the latest connected to Love Island, following the deaths of contestants Mike Thalassitis, 26, in March 2019 and Sophie Gradon, 32, in June 2018.

The Met Police has already referred itself to the police watchdog over its contact with Caroline before her death - which cops say is standard practice. 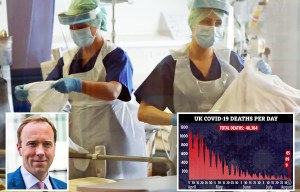 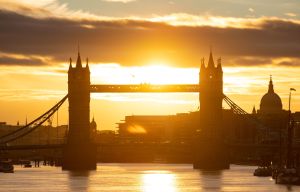 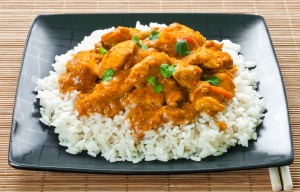 Eating too much rice with your curry can be fatal, experts warn 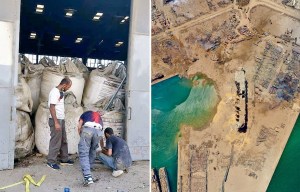 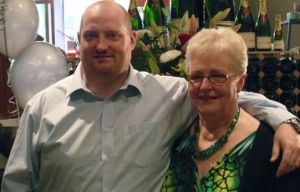 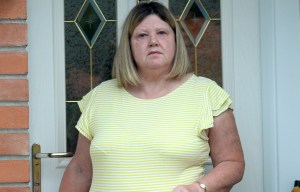 A CPS spokesman said: “Our thoughts remain with the family and friends of Caroline Flack.

“It is normal practice for prosecutors to hold a debriefing in complex or sensitive cases after they have ended.

“This has taken place and found that the case was handled appropriately and in line with our published legal guidance.”

If you are affected by any of the issues raised in this article, please call the Samaritans on (free) 116123

Barcelona offers 10 million euros with bonuses for Eric Garcia, Manchester City wants 30 million
Atletico are close to renting Torreira from Arsenal with a buy-out option. They believe that the Party will remain
Barcelona have bought a new Dani Alves. Meet Sergino Dest
Milan bought a striker Bodo-Glimt Gauge. Player scored them in the Europa League last week
Barcelona announced the transfer of desta. Compensation - 400 million euros
Inter want to rent Alonso from Chelsea
Adrian: Klopp is the captain of our ship. He is like a father to all Liverpool players
Source https://www.thesun.co.uk/news/12326974/caroline-flack-begged-court-case-handwritten-note-inquest/

10 survival breaks around the UK

Black people more likely to face homelessness than any other group

Brave mum's walking fundraiser to coin in cash for charity

H&M fined more than $40 million for spying on employees

Christmas is cancelled for Edinburgh's festive market over coronavirus fears

'Boys in the Band' movie keeps hurtful language of original

Best beauty advent calendar 2020: Get daily treats from Liberty to Lookfantastic and more

R Kelly, facing life in prison, is 'petrified' ahead of long-awaited trial

‘This is fraud’: fury at government decision not to extend railcard validity

England squad announced with Foden and Greenwood OUT but Saka, Calvert-Lewin and Barnes IN

AP PHOTOS: From memorial to protest, the power of prayer

McDonald's has sparked outrage with its new menu update

Harvest Full Moon 2020: How to watch rare event tonight as it lines up with ‘full Mars'

Middlesbrough boss Neil Warnock on his battle against Covid

My Zoe review – cloning around to no one's amusement

Newcastle United can exploit Burnley's weaknesses by using these tactics

When do the clocks change in autumn 2020?

Between Trump's lies at the debate, Biden offered empathy and ideas | Francine Prose

Bielsa explains why biggest criticism of Guardiola is just wrong

Keighley arts and film festival is back

Suspected poachers kicked out of county