Despite the surge in players due to lockdown measures, the gaming industry has also been heavily hit. The industry’s biggest events, including the E3 games exhibition in Las Vegas, have been cancelled as a preventive measure.

Consequently, the studios that were due to present their new titles have been left without a platform to promote their work.

Dr Richard Wilson, the chief executive of independent games industry trade association TIGA, told Sky News he had spoken to one company which said productivity had decreased up to 20 percent because of the difficulties in having teams working together remotely.

Although the gaming industry is almost entirely digital the nature of game development is restricting productivity when working from home.

On a wider scale, the economy of the industry is also being hit.

Commissions for tailored games in smaller studios are also reduced. 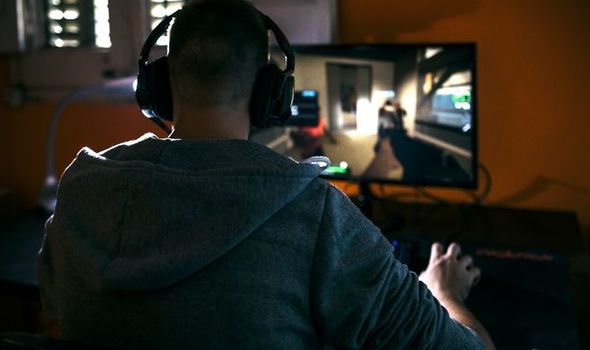 How gaming companies are heavily hit by the pandemic (Image: Getty)

“As such, they are highly vulnerable to a fall in demand, orders and projects."

Mobile game firms who rely highly on advertising revenues are seeing their budgets pulled out.

Despite an hike in users, advertisers are withdrawing their spend. 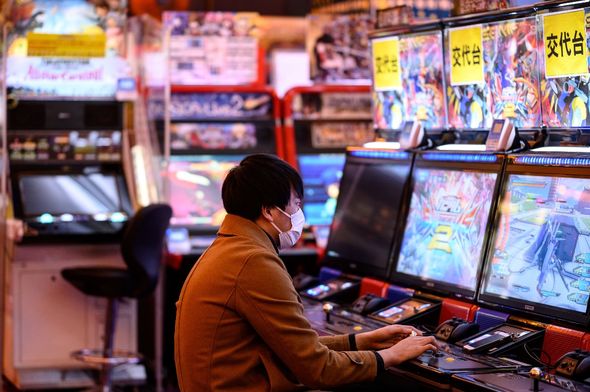 Despite an hike in users, advertisers are withdrawing their spend (Image: Getty)

Dr Wilson found that PC gaming platform Steam is busier than ever before.

Steam is currently being used by more than eight million more coexisting players now than before social distancing restrictions were introduced in March.

Dr Wilson told Sky News that the feeling he had from discussions with around 20 firms on Wednesday was that sales and user numbers were up.

According to the government, there are approximately 37 million people in the UK who play video games. 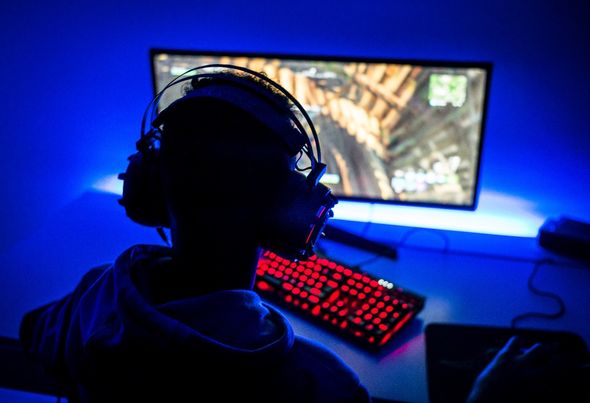 Dr Wilson found that PC gaming platform Steam is busier than ever before (Image: Getty)

There are more than 2,200 active video game companies in the UK.

Some British gaming companies like Activision Blizzard King, behind Candy Crush Saga, are sending "Stay at Home" notifications to their users to support the social distancing regulations set out by the government.

Culture Secretary Oliver Dowden said: "It is absolutely vital that we all follow the simple government advice to stay at home, protect the NHS and save lives.

"I'm delighted to see the UK's brilliant video games industry stepping up to strongly reinforce this message to gamers across the UK." 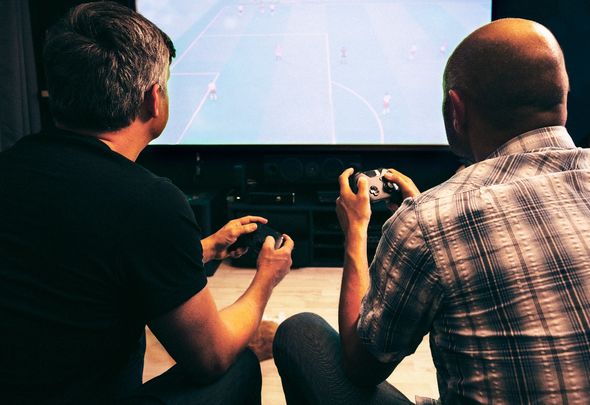 Some British companies are sending 'Stay at Home' notifications to their users (Image: Getty)

Dr Wilson said the government could support the industry, which "generates an estimated £747m in direct and indirect tax revenues to the Exchequer, employs 14,500 full-time highly skilled development staff and is export focused", by increasing Video Games Tax Relief and fast-tracking claims.

He added that "many businesses, including games firms, face having empty premises for the foreseeable future because their teams are all working remotely and the government should consider relieving the cost of rent.

"Thirdly, the government should consider the introduction of a Games Investment Fund, which would provide pound for pound matched funding, up to a maximum of £500,000 for original game projects."

Messi may not play with Mallorca due to adductor muscle discomfort
Alexey Miranchuk can move to Fiorentina (Betting Insider)
Henri on racism: Why is this still happening in 2020? We demand changes
The defender from Burkina Faso is the new star of the Bundesliga. With him, Bayer won 11 matches out of 13
Giroud about the quarantine: I am a modern father. I like to change Junior's diapers
A bunch of stupid assholes. Lukaku reacted to a cartoon by the Belgian newspaper Life of the purple stars
Ramos on Atletico's goal in the 2014 Champions League final: It changed not only the history of Real Madrid, but also my career
Source https://www.express.co.uk/news/uk/1266900/coronavirus-gaming-industry-company-tiga-trade-association-candy-crush?utm_source=feedburner&utm_medium=feed&utm_campaign=Feed%3A+daily-express-news-showbiz+%28Express+%3A%3A+News+%2F+Showbiz+Feed%29

Timeline of how German suspect fits in with Madeleine McCann disappearance

QIPCO 1000 Guineas: Quadrilateral heads stellar field of 15 for the fillies’ Classic at Newmarket on Sunday

Tito Ortiz desperate to fight Mike Tyson but warns Iron Mike, 53, he may not survive in ring despite looking ‘vicious’

Man City face two-month wait to find out Champions League fate.. which would leave Man Utd in dark if they finish fifth

Are all of McDonald’s UK drive-thrus open today?

When Liverpool can win the Premier League title

John Boyega speech: What did the Star Wars actor say at the Black Lives Matter protest?

Most Brits WON’T be going on holiday to Greece due to lengthy coronavirus checks, says tourism minister

'I withdrew from my friends, switched off my phone, shut out the world'

How to get Mcdonald's delivery & avoid the queues

Is breakfast on the menu at McDonald's as it opens drive thrus?

Bull charges out of a public toilet on the Shetland Islands

Mums are raving about Home Bargains’ £2.99 trays that mean kids can finally eat without dropping crumbs on the sofa

Proposed "pump track" could area into sporting centre of excellence

Car dealership Lookers, with branches across Scotland, to cut 1,500 jobs

Inside Gogglebox favourites Jenny and Lee’s caravan – the bits you DON’T see on TV, with terrace, booze and huge TV

Hulk Hogan’s crazy life, from sex tape with best friends’ wife to having a gun pulled on him by Harley Race in WWE

Madeleine McCann: What we know about German paedophile now identified as suspect

What happened during the 1989 Tiananmen Square protests?

Strawberry moon 2020: How to see this week’s full moon above the UK

Tottenham’s Dele Alli still has no idea if he’ll be banned for coronavirus Snapchat video.. three months after FA Charge

Devastated friends pay tribute to ‘warm and loving’ teenager, 18, who was ‘murdered with her mum, 40, by her dad’

Hollyoaks Child Stars: Where are they now? From Game Of Thrones’ Nathalie Emmanuel to sacked Corrie actor Chris Fountain

Youngs says it could reopen some pubs next month

EasyJet, Ryanair and Jet2 are flying to these places from Newcastle from July

ADVERTORIAL: How to get 20 free scratchcards* with a £2 bet on tonight's £4.5m Irish Lotto

What is herd immunity as Government respond to Dispatches documentary?

Family totally revamp their worn out garden during lockdown complete with seating areas, a fireplace and a playground

Not sleeping well during lockdown? You're not the only one

How big polluters are profiting from European public aid

McDonald's is reopening even more drive-thrus - the full list