A RARE Blue Moon is about to take to the sky just in time for Halloween.

It's the first time a full Moon will be visible on Halloween eve across the whole world since 1944, weather depending.

Unfortunately, its name has nothing to do with its colour and the Moon should just look pearly grey.

A Blue Moon refers to the very rare occasion when a full Moon appears for the second time in the same month.

This year we had a full Moon on October 1 called the Harvest Moon.

Nasa previously explained: "According to modern folklore, a Blue Moon is the second full Moon in a calendar month.

"Usually months have only one full Moon, but occasionally a second one sneaks in.

"Full Moons are separated by 29 days, while most months are 30 or 31 days long; so it is possible to fit two full moons in a single month.

"This happens every two and a half years, on average."

Weather permitting you should be able to see it in all its bright glory after nightfall but try to avoid light polluted areas.

It's also being referred to by some as the 'Hunter's Blue Moon' because it appears around the time that Native American tribes would gather meat for the winter ahead.

And, as if this Moon didn't have enough names already, it will also be a technically be a Micromoon.

A Micromoon is the opposite of a Supermoon and means that the Moon will look a bit smaller than the average full Moon.

In fact, the Moon will be around 31,000 miles further away tomorrow than it would be during a Supermoon.

The different types of moons

Here are some of the most interesting moon phases and when to see them...

A Blue Moon refers to the occasion when a full Moon appears for the second time in the same month, this is very rare and the next Blue Moon should occur on Halloween in 2020.

The Harvest Moon appears around the time of the autumnal equinox when farmers tend to do their main crop harvesting.

A Supermoon appears when it is at its closest point to Earth and therefore at its brightest, the next one will appear in September.

A Blood Moon occurs during a total lunar eclipse, the next one should happen in May 2020.

Each month of the year actually has its own special full moon phenomenon, they are as follows: 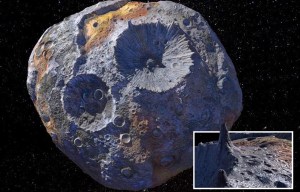 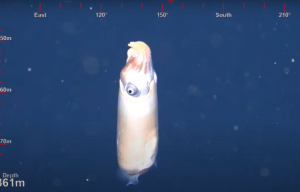 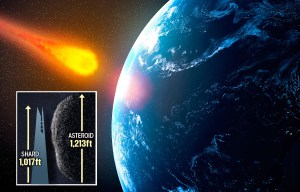 Huge 1,200ft 'God of Chaos' asteroid speeding up and could hit Earth in 48 years 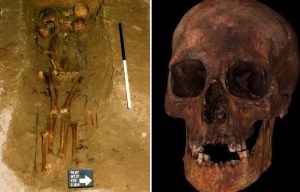 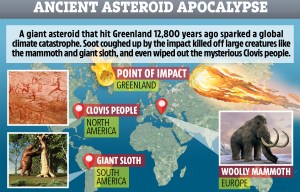 Asteroid massacred early humans in collision with Earth 13,000 years ago 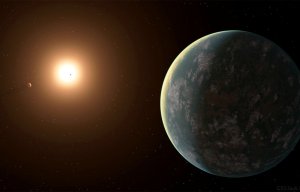 In other space news, SpaceX wants to take its Starlink satellite broadband service to Mars.

Nasa released new footage of its daring mission to land a probe on 'doomsday asteroid' Bennu and collect an alien sample.

Nasa and Nokia are building a 4G network on the Moon.

Steve McManaman: Real Madrid are an aging team. They need new players if they want to reach their previous heights
ISCO could move to Sevilla in January. Lopetegui is personally Interested
Bilyaletdinov about the Champions League: Loco can leave the group. Unmotivated Bayern can be beaten in the 6th round
Zlatan Ibrahimovic: I Thought about retiring, but I wanted to change the mentality of Milan
Vasco da Gama sports Director: Balotelli will be like Maradona for us
Real Madrid won't buy Mbappe in the summer of 2021 due to the crisis (Le Parisien)
Ibra scores in 39, Buffon drags in 42, Ronaldo has no plans to finish. Is football really getting old?
Source https://www.thesun.co.uk/tech/13062089/rare-blue-moon-halloween/

Girl, 11, drowned on school trip after being ‘jolted’ from water ride at Drayton Manor theme park

Who was Amethyst Killian and when did she go missing?

Rules for meeting friends in beer gardens in Tier 2

Coronavirus infection rates for all parts of Wales on Tuesday, December 1

When does lockdown end in the UK?

ADVERTORIAL: Working from home with a pet improves our wellbeing, says psychologist

ADVERTORIAL: Cats are the lockdown companion of choice - especially for Millennials and Gen Z

Cleaners 'scoped out' the house they worked in before stealing wedding rings, family photos and jewellery

Gemma Collins eyes up £1.8M home in exclusive Chelsea neighbourhood as she insists ‘the GC’s worth it’

The Prom on Netflix: Release date, cast and plot

"You were showing off": Man drove dad's Mercedes at 160mph down M65 before crashing into a bus stop

Christmas loophole could see families spend more than 5 days together

How many children does Kelly Clarkson have?

Renfrewshire is officially top of the class

The new films and series arriving on Disney+ this December

Meghan Markle ‘had an aura about her that was special’, reveals former Suits director

What time lockdown ends and when Lancashire shops can open again

The Godfather Coda: The Death of Michael Corleone review – Coppola edits the past

Photos show transformation of woman who lost half her body weight

Chapel up for auction for £33,500 where the ‘garden’ is a graveyard

A £2m boutique hotel is being built in Mumbles

Boy, 5, run over and killed ‘after mother’s boyfriend threw him out of car on dark rainy night to punish him’

The EHRC report is clear: the Home Office is trampling on people's rights | Daniel Trilling

Why is Wikipedia asking for money?