When will Grenfell Tower be demolished, where is it in Kensington and who was it named after?

A DEVASTATING fire ripped through Grenfell Tower in west London in June killing 71 people as firefighters bravely fought the blaze.

Terrified families were trapped inside the burning building for hours as emergency services scrambled to rescue them in the early hours of June 14, 2017. Here's what you need to know about the tragedy. 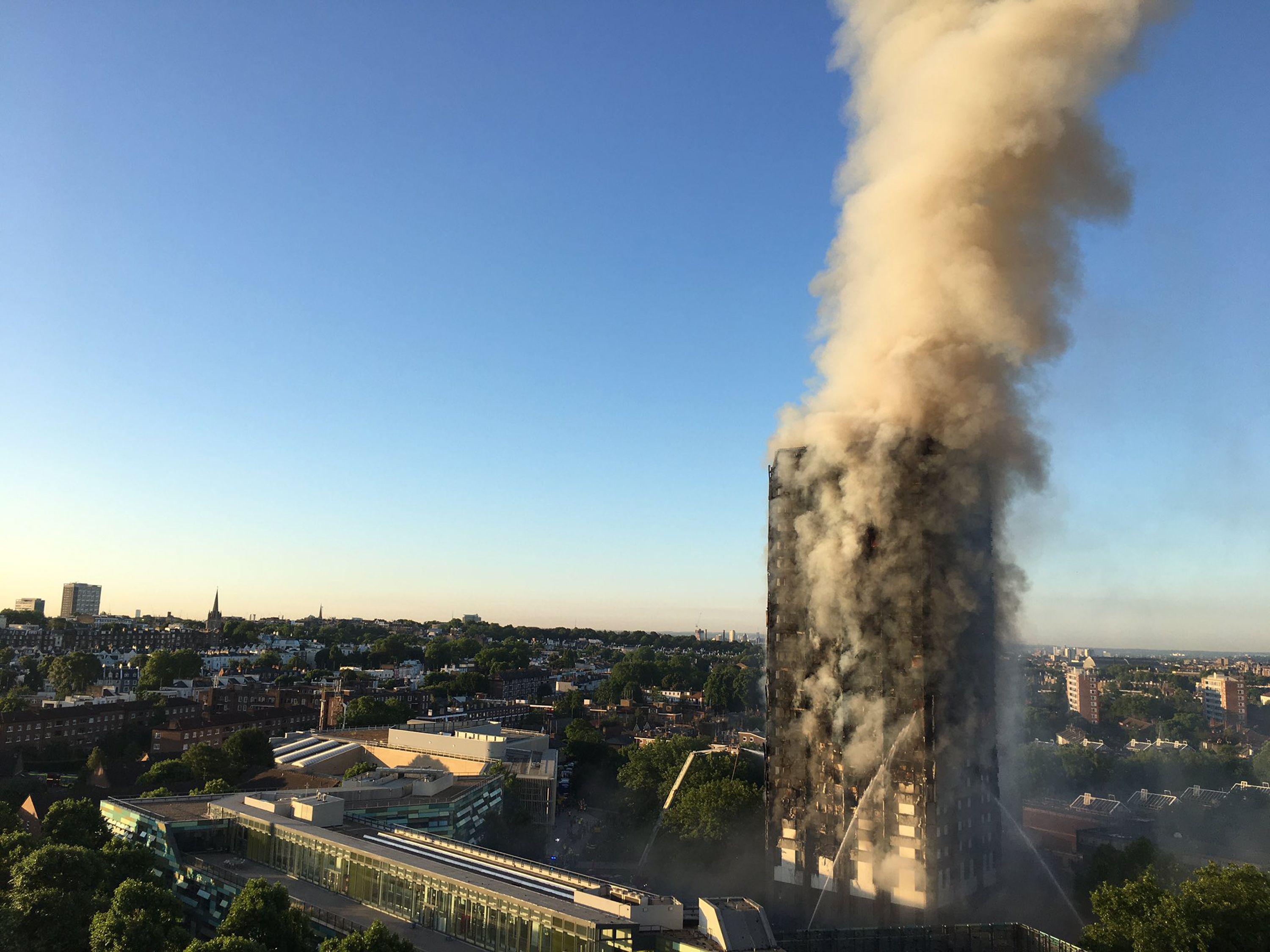 71 people lost their lives in the tragic Grenfell Tower blaze

The 24-storey tower block is in North Kensington, an area of West London, close to Latimer Road Station.

It can be accessed by the Circle and Hammersmith & City lines on the London Underground.

The large building is just off the A40 and behind the Kensington Aldridge Academy.

It is also close to Westfield Shopping Centre and near to the affluent area of Notting Hill. 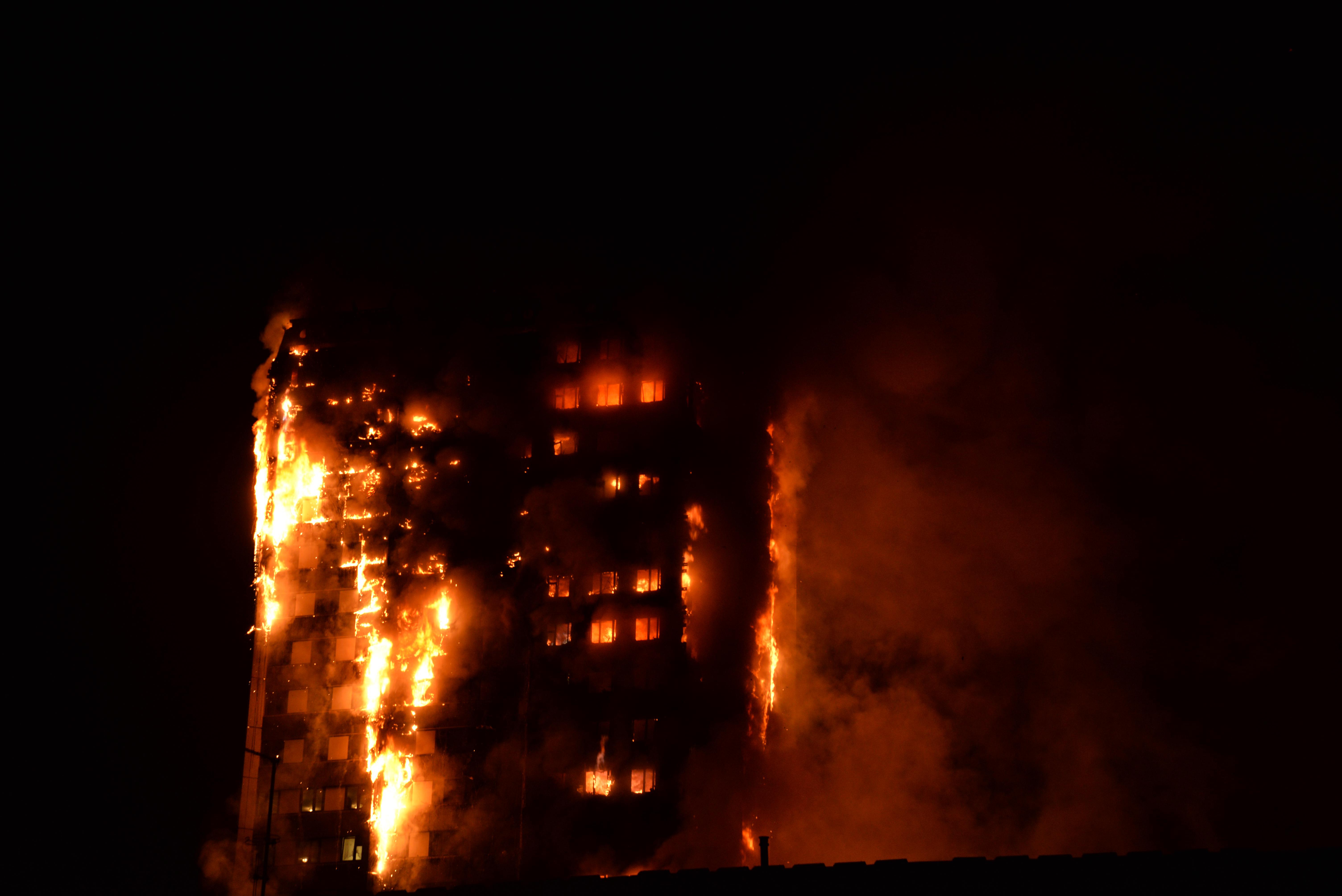 The tower block is situated close to Latimer Road Station

The tower, built in 1974 by Kensington and Chelsea Borough Council, recently underwent an multi-million pound redevelopment that was completed in May.

It is part of the Lancaster West Estate - an inner-city social housing complex of nearly 1,000 homes.

The area is said to be home to a large North African population, including Moroccan and Somali communities.

A large fire broke out in the building just after 1am on the morning of Wednesday 14 June 2017.

It spread quickly to cover an area from around the second floor to the top floor.

There are 120 homes in the tower block, with at least 350 people thought to be inside when the blaze began. Some were still trapped hours later.

The first victims were named as Syrian refugee Mohammed Al Haj Ali, 23, and 24-year-old Khadija Saye. Dozens of others have since been named as police and fire crews carry out a painstaking recovery operation through thousands of tonnes of debris.

Desperate people trapped inside the large building were heard screaming for help as the fire took hold.

Horrified witnesses said they could see people waving sheets out of the windows as they called to be rescued, with some jumping from the building.

About 200 firefighters battled the fire, with 40 engines sent to the scene after the emergency services were alerted at 12.54am.

Nearby community centres and churches opened up to provide shelter for people evacuated from their homes as firefighters faced the grim task of removing bodies from the gutted tower.

Harrowing footage taken inside Grenfell Tower has since been released showing the charred remains of the building.

The walls of the concrete stairwell where hundreds of residents made a frantic bid to escape as the inferno erupted have been turned black from the blaze. 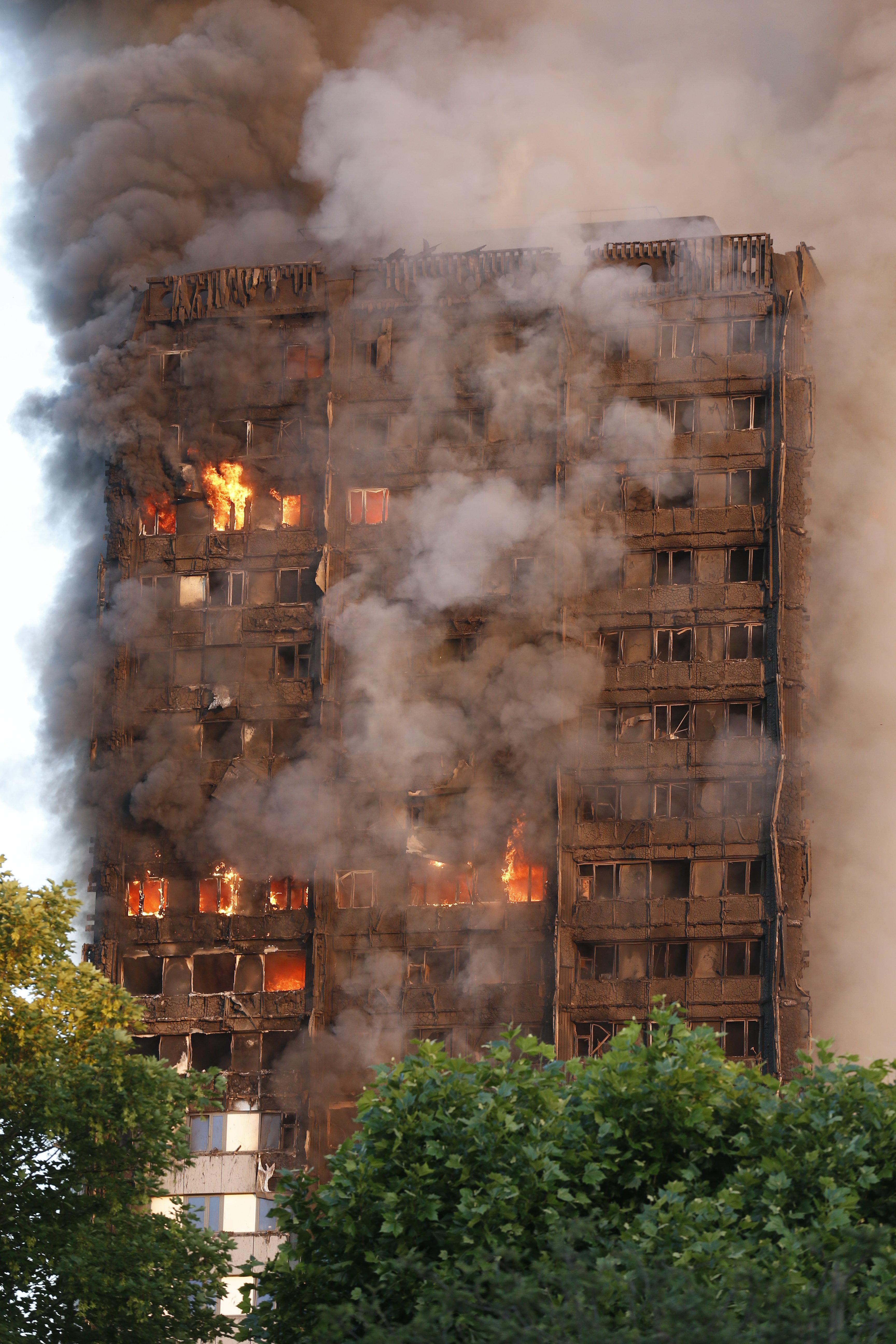 There's been no official date set to bring the tower block down.

But site manager Michael Lockwood has said that he imagines "the building will stay up throughout 2018".

"Then towards the end of 2018, I think we could start to bring it down, if that is what the community wants, and the scaffolding will help us to do that because we can do that within the wrap,"he said, speaking at Notting Hill Methodist Church.

The wrap he refers to is the protecting sheeting put around part of the tower since October. The sheeting is meant to stop ash and plastic debris from spreading and aid the forensic investigation.

It's set until the beginning of next year for the building to be fully covered.

The 24-storey tower block was named after Grenfell Road, which ran south of the building after it was completed 43 years ago.

The road itself was named after Field Marshal Lord Francis Grenfell, a senior British Army officer who died in 1925.

The public inquiry into the causes of the Grenfell Tower fire has now formally opened.

It was the UK’s biggest loss of life to a fire since the Blitz in WWII, with the final death toll of the June 14 blaze coming to 71 people, including a stillborn baby.

An initial report on the cause of the fire and why it spread so rapidly is expected to be delivered by Easter next year.

Some flats inside the building escaped the fatal fire completely, and were still in perfect condition.

The Metropolitan Police confirmed the death toll after an exhaustive investigation.

Commander Stuart Cundy said: "I cannot imagine the agony and uncertainty that some families and loved ones have been through whilst we have carried out our meticulous search, recovery and identification process."

Investigators said 350 people should have been in the Kensington tower on the night of June 14 but 14 are believed to have been staying elsewhere.

Cops fear the number killed in the tragedy could rise and have renewed pleas for any tenants illegally subletting their flats to come forward – promising they will not face action.

But detectives fear the identities of some of those killed will remain a mystery due to the ferocity of the 1,000C fire that devastated the 24-storey block.

It has since emerged that the fire was intensified by low-cost cladding that had been added to the building as part of recent renovation work. 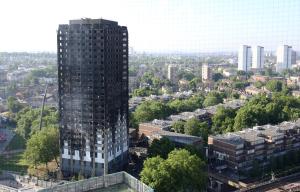 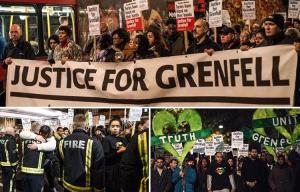 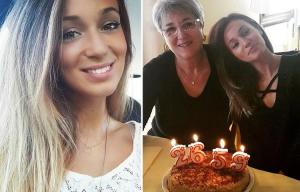 'I'LL HELP YOU FROM HEAVEN' 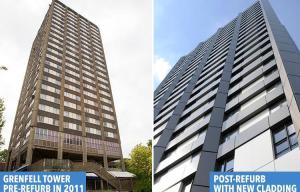 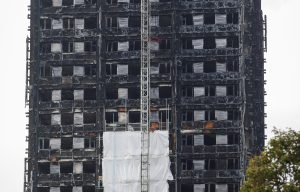 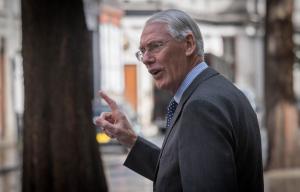 Firefighters will recall how they were willing to "give up their lives" as they battled the inferno in a harrowing new ITV documentary.

ITV’s Inside London Fire Brigade featured never-heard-before accounts from some of the 200-plus crew who raced to the blaze.

Commander Pat Goulbourne was a senior officer at the scene in West London, said: “It was dreadful. 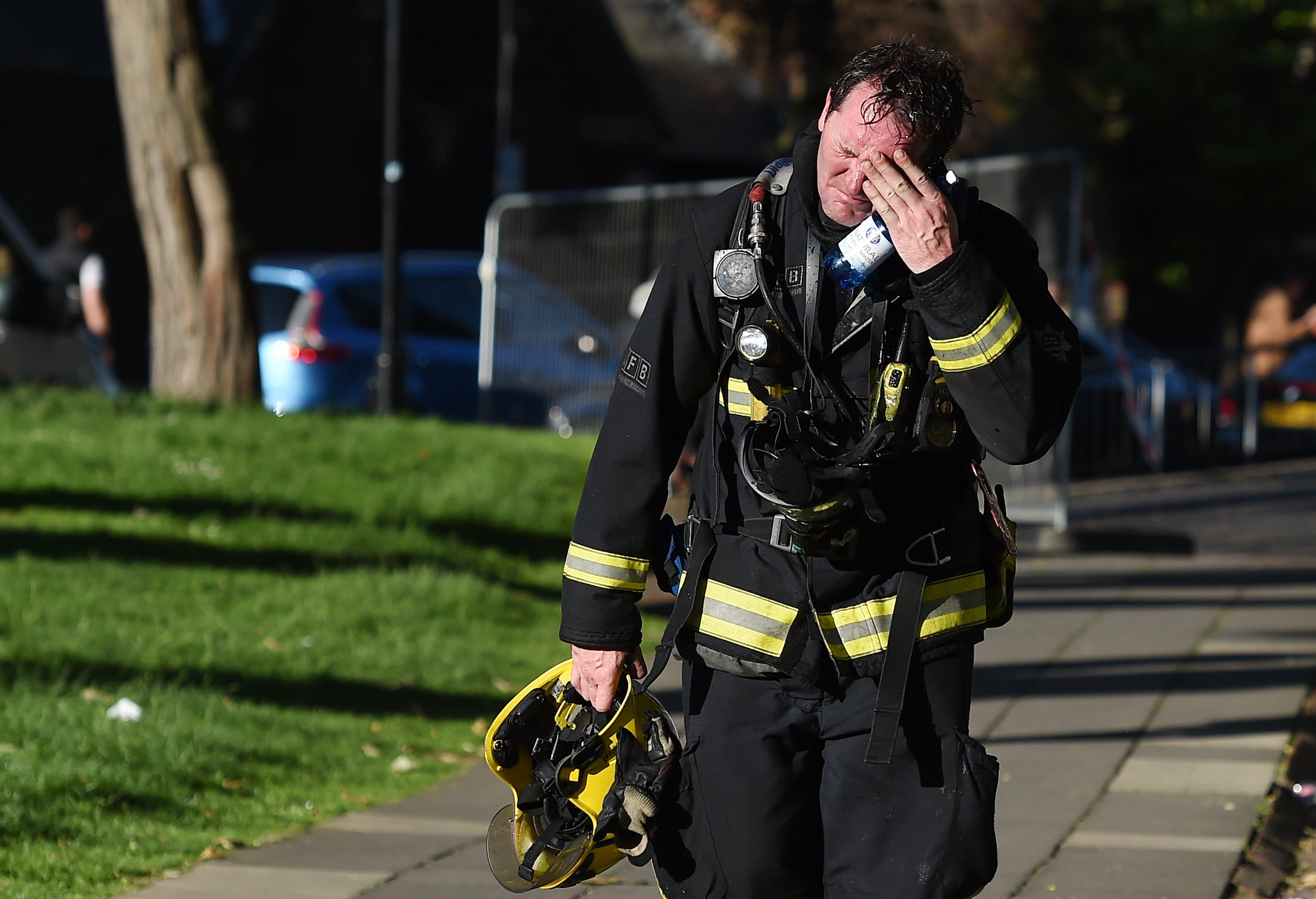 "There are hundreds of people in there. Men, women, children were coming out fully sooted. Black.

“They had been through a layer of smoke in complete distress.

“You could hear people screaming for help. There were people making signals for help.”

Pat’s fellow commander Richard Welch said he was worried the 220-foot-high structure would begin to fall in scenes reminiscent of the World Trade Centre on 9/11.

CAS did not establish the majority of Manchester City's alleged violations
Manchester City: the Club welcomes the decision of the CAS and thanks for the correct judicial process
Mourinho's classic plan for big matches worked perfectly. Arteta's crude Arsenal is a convenient target
Bartomeu on Xavi in Barca: There is a time for everything. We are not looking for a coach right now
Mourinho about the Europa League: Ask Hamilton if he wants to win Formula 2
Manchester City will play in the Champions League. CAS has accepted the appeal
Carragher on the Premier League: Liverpool can repeat success, but need transfers
Source https://www.thesun.co.uk/news/3795271/grenfell-tower-fire-west-london-kensington-death-toll-demolish-name-inquiry/

Tourists in Spain 'sleeping on beaches' after finding hotels closed

Are you having a breakdown or do you actually like the walls you painted dark grey?

Form, fixtures, results and odds - who can avoid the drop?

More than 30,000 Asda workers take the supermarket to the Supreme Court in row about wages

Michael Kors launch 50% off sale including bags, shoes and accessories from £16

A Northern Quarter institution has confirmed its permanent closure

Tesco still has buying restrictions on six products after coronavirus

250,000 people at risk of eviction and homelessness in just days, Labour warn

Why the Green Homes Grant shows a dangerous lack of ambition

Man charged with GBH after police officer stabbed in Hendon

Last day to apply for free school meal voucher worth £90

Which countries have the death penalty and how many people are executed in the world every year?

Modern slavery in ‘every town and city across Britain’, says Justice Secretary

Scientists figure out how bees reproduce without having sex

Quiz ‘extremely concerned’ over claims workers were paid £3 an hour

Wetherspoon to cut the price of drinks and food

Fiancée of ‘Lady and the Tramp’ mum, 37, found dead after leaving husband for homeless man says ‘I’ve lost my soulmate’

Another arrest after 18-year-old seriously injured in Otley

Vast sums spent, no one knows why: COVID reveals why UK transparency law must change

Kate Ferdinand shows off her baby bump during girls day out

Which US states still have the death penalty and how many people have been executed in America?

Zindzi Mandela dead: Nelson Mandela's daughter dies in Johannesburg at the age of 59

ADVERTORIAL: Getting to the root of hair loss issues

What is Prader-Willi syndrome and what are the symptoms of Harvey Price’s condition?

DWP could stop your benefits if you don't report these changes

Surrealism and animation? They go together like a lobster telephone

A pleasantly surprising week as Blackburn Rovers rediscover their sparkle