BITCOIN'S price is jumping again after Elon Musk said that Tesla "will resume transactions" with the cryptocurrency.

But, Musk's vow comes with a major proviso - clean energy usage by Bitcoin miners must be "confirmed", he warned.

Bitcoin hit a two-week peak just shy of $40,000 on Monday, June 14, after another weekend reacting to tweets from Tesla boss Elon Musk.

He announced that Tesla would allow transactions in Bitcoin once 50 per cent of the crypto's mining is done with clean energy.

However, he hasn't provided a start date for accepting Bitcoin payments.

Musk was reacting to a negative story based on remarks from Magda Wierzycka, head of cybersecurity firm Syngia.

In a radio interview last week Wierzycka accused him of "price manipulation" and selling a "big part" of his Bitcoin exposure.

"This is inaccurate," Musk said. "Tesla only sold ~10% of holdings to confirm [Bitcoin] could be liquidated easily without moving market."

Musk's announcement was made months after he admitted: "We are concerned about rapidly increasing use of fossil fuels for Bitcoin mining and transactions, especially coal, which has the worst emissions of any fuel."

Computers are needed for complex mathematical calculations to put a new Bitcoin into circulation online.

This process is also known as mining.

A lot of energy is needed for Bitcoin mining and some experts are concerned that vast amounts of fossil fuels are being used to create this energy.

But, "it is not possible to exactly determine how much electricity Bitcoin uses for a variety of reasons," says the Cambridge Centre for Alternative Finance.

The energy used to produce Bitcoin is equivalent to the annual carbon footprint of Argentina, it adds.

The centre has estimated that Bitcoin now accounts for 0.59 per cent of global electricity production.

That may seem like a small number but it's enough energy to keep kettles in the UK boiling for 33 years.

The energy-hungry business is big in China, with reports suggesting that most Bitcoin mining happens here, and is fuelled by burning coal in the Xinjiang region.

China accounts for more than 75 per cent of Bitcoin mining around the world, says research published by Nature Communications.

In May 2021, Chinese Vice Premier Liu He announced the government would "clamp down on Bitcoin mining and trading activity".

Billionaire Elon Musk rocked the world of cryptocurrency in May 2021 by announcing that Tesla would no longer accept Bitcoin payments because of environmental impacts.

"We are concerned about rapidly increasing use of fossil fuels for Bitcoin mining and transactions, especially coal, which has the worst emissions of any fuel.

"Cryptocurrency is a good idea on many levels and we believe it has a promising future, but this cannot come at great cost to the environment."

The cryptocurrency market grew to more than $2.5 trillion by the middle of last month, according to the Coinmarketcap page, driven by interest from increasingly serious investors from Wall Street to Silicon Valley.

But since then, the cryptocurrency has fallen in value by more than 50 per cent towards a symbolic $30,000 threshold it has not crossed since January.

Anger over the price fall, on the back of Musk's tweet, resulted in him raising the ire of a notorious group of hackers.

In June someone claiming to represent Anonymous accused him of “constantly trolling” cryptocurrency markets.

“For the past several years you have enjoyed one of the most favourable reputations of anyone in the billionaire class.

"[This is] because you have tapped into the desire that many of us have to live in a world with electric cars and space exploration,” said a person disguised by a Guy Fawkes mask, with a digitally altered voice, in a Twitter video.

They added: “Recently… people are beginning to see you as another narcissistic rich due who is desperate for attention.

“Millions of retail investors were really counting on their crypto gains to improve their lives.

“Of course, they took the risk upon themselves when they invested, and everyone knows to be prepared for volatility in crypto, but your tweets this week show a clear disregard for the average working person."

And then came this vague warning: “You may think you are the smartest person in the room, but now you have met your match. We are Anonymous! We are legion. Expect us."

What has Elon Musk said about Bitcoin?

Elon Musk has flip-flopped over Bitcoin for months.

Tesla’s decision to not accept the digital currency as payment for cars — after it said it would — put pressure on Bitcoin, and led to its price plummeting.

But now Musk has again changed tack, which has helped the cryptocurrency yet again gain traction.

Here's an overview of his quotes about Bitcoin:

The 49-year-old Tesla boss tweeted: "In retrospect, it was inevitable."

That's because you could risk losing all of your money invested in Bitcoin and other cryptocurrencies.

In February 2021 Elon Musk tweeted: "Having some Bitcoin, which is simply a less dumb form of liquidity than cash, is adventurous enough for an S&P500 company."

Tesla revealed in February that it had bought $1.5 billion worth of Bitcoin despite its CEO describing the digital currency as "BS".

Tesla said it would start accepting payments in the cryptocurrency in exchange for its products “subject to applicable laws and initially on a limited basis”.

That would have made Musk's company the first major automaker to do so.

The unconventional move came weeks after Musk tweeted about the risk of holding cryptocurrencies.

During February Musk also claimed that Bitcoin was slightly better than real cash.

"Bitcoin is almost as bs as fiat [government-issued] money. The key word is 'almost'."

Musk tweeted in March: "You can now buy a Tesla with Bitcoin.

"Bitcoin paid to Tesla will be retained as Bitcoin."

Tesla will no longer accept Bitcoin to purchase its cars, he said, citing the harmful effects to the environment that comes with mining for cryptocurrency.

Immediately after his announcement, both Tesla's and Bitcoin's share prices dropped considerably.

He added: "Cryptocurrency is a good idea on many levels and we believe it has a promising future, but this cannot come at great cost to the environment.

"Tesla will not be selling any Bitcoin and we intend to use it for transactions as soon as mining transitions to more sustainable energy."

That was despite previously saying: "I do at this point think Bitcoin is a good thing, and I am a supporter of Bitcoin.

"I think Bitcoin is really on the verge of getting broad acceptance by conventional finance people."

The odd, cryptic tweet followed another he posted in June, featuring an unhappy couple in the midst of a breakup - like the billionaire's rollercoaster relationship with Bitcoin.

The woman could be seen saying “I know I said it would be over between us if you quoted another Linkin Park song but I’ve found someone else”.

The man responds, “So in the end it didn’t even matter?”.

Musk posted the image with the cryptic caption #Bitcoin, alongside a breaking-heart emoji.

According to Fox Business, Musk was slammed at the Bitcoin 2021 conference in Miami following his tweets.

As of June 14, Bitcoin's price surges again after Musk announces that Tesla “will resume transactions” with the cryptocurrency.

The car firm will allow transactions in Bitcoin once 50 per cent of the crypto’s mining is done with clean energy. 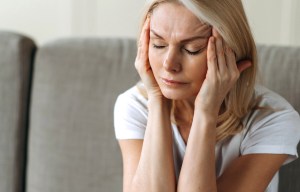 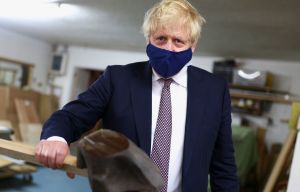 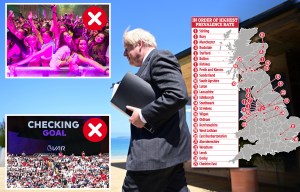 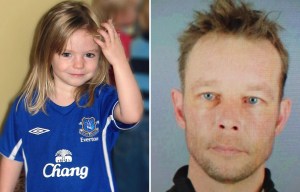 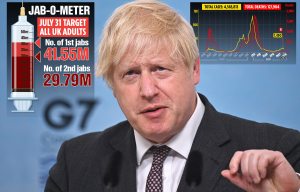 ‘I’m back’: Ex-con Blagojevich sues for right to run again

Why is Spirit Airlines cancelling flights and what should you do if it happens to you?

Do you need to wear a mask indoors? Check this US CDC map

Where is Bella Thorne today?

Shortsightedness in children 'soaring' due to extra screen-time during Covid

Shortsightedness in children 'soaring' due to extra screen-time during pandemic

Trump moved donated money to his own business, filing shows

Kilmarnock v Ayr United: How they rated at Rugby Park

Fraud victims ‘left in the lurch’ by banks who fail to offer proper support, says Which?

What is on at Olympics TODAY? Simone Biles returns and Jason and Laura Kenny continue Team GB medal hunt on Tuesday

Man left with potentially life-changing injuries after being stabbed

What is ROC at Olympic Games, is it a country and is there a Russia team in Tokyo?

Cloud shaped just like Britain is spotted over Kent

Woman’s fiancé, mother and grandmother dying of Covid wish for her to get vaccine

Plans for 'amber watchlist' for international travel have been scrapped