Who is Craig Tinker actor Colson Smith and how has the Coronation Street star lost weight?

ACTOR Colson Smith is best known for his role as Craig Tinker in Corrie.

Here's everything you need to know about the man who plays the police officer in the ITV show.

Who is Colson Smith?

Colson Smith, 21, is from Dorchester.

The British actor is best known for playing Craig Tinker in Coronation Street since August 2011.

Colson, who moved to Yorkshire when he was five, got his big break when he attended drama classes run by Northern Film and Drama in 2009.

While acting in Corrie, Colson continued his education which he finished in 2016. 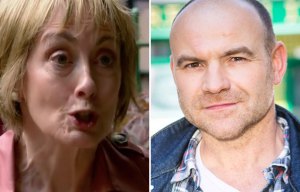 Why hasn't Tim seen Elaine's name on his birth certificate in Coronation Street? 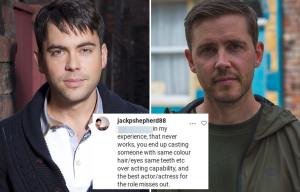 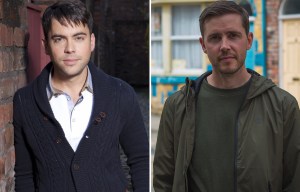 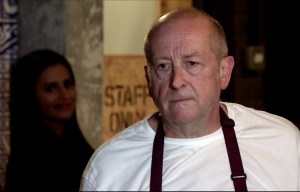 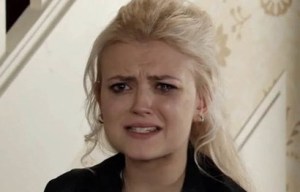 What storylines has Craig Tinker had?

Colson Smith has played Craig Tinker in Corrie since August 2011 after joining with his mum Beth and pet rat Darryl.

After bringing down Bethany Platt's rapist, he finally managed to convince Bethany to become his girlfriend.

However, the pair split after they came to blows over her secret career as a lapdancer.

Colson has also earned praise for portraying his character's long-running battle against obsessive compulsive disorder, which has continued to worsen at the start of 2018.

More recently, Craig's storylines have seen him vow to lose weight after he was picked on at work.

When did Jack P Shepherd move in with Colson Smith?

The actor, famed for playing David Platt on the ITV soap, revealed his split from his partner of 15 years and the mother of his two children in October 2017.

He then moved into a new pad with Colson and actor Freddie Bolt.

How has Colson Smith lost weight?

In 2016 it was revealed he had shed three and half stone after hitting the gym and being put on a strict diet.

However, Coronation Street fans were stunned to see Colson look dramatically different on our TV screens after he lost a huge amount of weight during the coronavirus lockdown.

The actor has previously said he has lost a mammoth 10 stone overall - and first showed off his his impressive new look, which has seen him shed more than a stone recently, as he headed off to a showbiz event back in March.

Colson started hitting the gym - which includes weights and kettlebells - and going running regularly this year to make sure he was in shape for his storyline on Corrie.

His weight loss has been written into his Corrie storylines, with his character Craig determined to get fit in his police officer role.

Saul after 0:0 with Huesca: we weren't that bad. We tried to win, but it was impossible
Braithwaite recovered and included in the Barca squad for the game with Celta, Firpo - out of the application
Barcelona will buy Depay if Dembele leaves. Contract with Lyon striker agreed
The first black captain in the history of Chelsea, Paul Elliott can join the FA Board
Manchester United have opened talks with Barca over Dembele. The club has already contacted the player's agents
Antonio Conte: I like to watch Inter play. We attack, create chances, but we need balance
Cuman about VAR: Disputes are everywhere. I do not know when a hand play is a foul and when it is not. Many different Interpretations
Source https://www.thesun.co.uk/tvandshowbiz/3991724/craig-tinker-actor-colson-smith-coronation-street/

Teacher, 32, branded ‘every parent’s nightmare’ after getting busted with 16-year-old student

Jealous woman who posted naked pics of boyfriend’s ex and branded her ‘fat wh**e’ is told to pay victim £27,000

Battered, bloodshot Boris is no longer the star of his own show | John Crace

Tump news – live: President insists he ‘doesn’t know who Proud Boys are’ after telling white supremacists to ‘stand by’ during debate

Every school with confirmed Covid cases since start of academic year

North Korea tyrant Kim Jong-un has mini-nukes 'that could reach US', says the UN

The coronavirus graphs that show how perilous the situation is

Roma fan, 19, wakes up from coma after hearing Totti’s voice in inspiring video message and meets hero in hospital

'Britain is READY to walk away!' Gove in furious threat as EU's Brexit games EXPOSED

Game of Thrones: The lie David Benioff and DB Weiss told HBO in order to get series made

‘Perv’ secretly lived in bedroom of girl, 15, ‘he repeatedly had sex with’ until parents ‘caught him’

Google launches Pixel 5 and Pixel 4a with 5G, its first phones with new network technology

Who is Deonte Lee Murray and why is he accused of shooting two deputy cops in Compton?

TSB announces the closure of its branch in Larkhall

How Britain’s online retailers are profiting from wage theft

Abedi came across the radar of MI5 at least 18 times since 2010, inquiry hears

When does Taskmaster series 10 start on Channel 4 and who’s in the cast?

‘Creep’ plastic surgeon ‘told nurse, 32, who worked for him she had to perform oral sex to get paid’

Champions League draw details - date, time and how to watch

Mum, 80, lost her eye after her own daughter kicked, punched and strangled her

Scots EuroMillions jackpot winner had £30,000 stake in Irn-Bru and Greggs

Teen charged with punching woman, 51, in home before raping another, 66, in park

Google launches 5G Pixel 5 smartphone - and it's an absolute bargain

Kerr ready for the competitive action to start