Who is Lewis Hamilton’s mum Carmen Larbalestier, and how often does she attend F1 races?

LEWIS HAMILTON'S mum has been something of an elusive figure throughout his sensational F1 career.

While dad Anthony was regularly seen by his side, particularly in his younger days, Carmen Larbalestier has typically kept her distance.

Who is Lewis Hamilton's mum?

Carmen Larbalestier was born in 1955.

In 1985 she gave birth to Lewis Hamilton, but her and his father Anthony separated when he was just two years old.

Lewis was raised by his mum until he was 12 years old, along with half-sisters Nicola and Samantha, when he moved to live with father Anthony, stepmother Linda and half-brother Nicolas.

How is Lewis Hamilton's relationship with his mum?

Lewis Hamilton has an excellent relationship with his mum.

While she has been out of the limelight, she has made appearances at some of the bigger races.

At the Chinese Grand Prix in 2008, two weeks before he became a world champion for the first time, Larbalestier was seen embracing her son and his stepmother Linda.

And Hamilton's mum shared another hug with him after he secured his fourth world title in Mexico.

The world champ also went to the trouble of holding a surprise 60th birthday party in London in 2015 and getting Jessie J to sing for it.

Hamilton shared a number of pictures from the party on his Instagram account with one captain saying: "So much planning and hard work, all to surprise the most amazing woman in the world, and it was so worth it!! Love you Mum. Happy birthday." 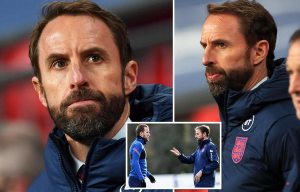 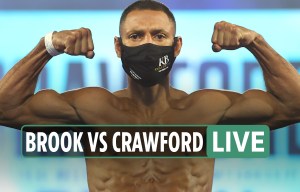 BROOK BACK IN ANGER

Follow all the action as Kell Brook takes on Terence Crawford 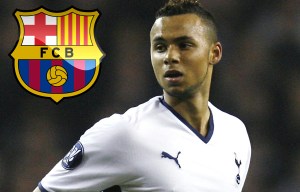 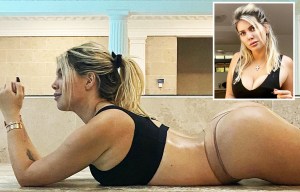 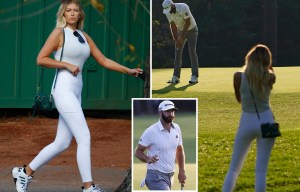 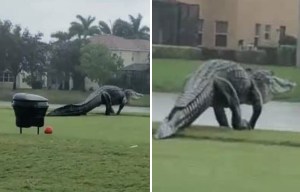 Good luck in the future. Hugs, mister. Pique, Pedri and Busquets said goodbye to Koeman
Messi has a muscle injury. Tomorrow it will be known whether he will play with Lille
Mauricio Pochettino: I had problems when I said Messi should take the Golden Ball. Neymar and Mbappe asked why they didn't
Koeman was fired on the plane when Barcelona was flying home after the match with Rayo
A homophobic tweet was published on behalf of Shomurodov. Roma stated that the account is fake
Neymar on the words about the 2022 World Cup: I was misunderstood. I go out to every match as if he is the last
Lautaro has extended his contract with Inter until June 2026. There are no compensation now

Tax calculator shows how Budget in 2021 will affect you

ADVERTORIAL: Will you find the diamond worth £5,000 hidden in Manchester city centre?

Tyson Fury vs Dillian Whyte declaration made for 'early 2022' fight

Has the red list been scrapped and will travel ban return?

Pack of cigarettes rises to £13.60 as Chancellor hikes tobacco tax

GTA 6 leak: Dr Dre and Snoop Dogg coming to the game – and this is why

Man charged for trying to sell a 4,500 year-old meteorite fragment in Spain

Man, 37, died after finding blister on his leg

Azeem Rafiq: Yorkshire board face calls to resign after response to racism allegations

Adele 2022 Hyde Park: How to get presale tickets

I’m an Irish traveller and determined to stop hate against us – we’re called ‘thieving, lying scumbags’, it’s so wrong

ADVERTORIAL: Ismael Ngoie shares the keys to his success in business

The 7 best thermal socks for women you can buy in 2021 – from hiking and ski pairs, to slipper socks and non-slip styles

Surfside families plead for one more search months after collapse

Mystery over ancient tribe ‘mummified by the desert’ 4,000 years ago solved

Wages could fall by huge £27.5billion as employers struggle to cope with rise

LEGO issues handbook written by children on how to tackle the climate crisis, ahead of Cop26

The current state of play in Cardiff City's manager search, the early front-runner for the job and what happens next

UK Weather: Flood alerts as downpours dump a month's worth of rain in 36 hours