Who is Rafael Nadal’s wife Xisca Perello, when did Australian Open star marry her, and do they have children?

But what is Xisca's background and what's she said about her reluctant fame? Here is all we know on the beauty as her partner attempts to win the Australian Open for the first time since 2009.

Who is Xisca Perello and how old is she?

She serves as project director for the Rafa Nadal Foundation, the charity which Nadal launched almost ten years ago.

The pair reportedly started dating in 2005 despite having known each other for a number of years before.

When did they get married?

Having dated for 14 years, it was a case of 'finally' when they tied the knot.

They announced their engagement in January 2019, before getting married the following October.

The couple said their vows in front of around 350 guests at the La Fortaleza castle in Majorca, the island of his birth.

Among the invitees were actors Tom Hiddleston, Olivia Colman and Hug Laurie.

Does Rafael Nadal have any children?

Rafael Nadal does not have children, but has said that he loves the idea of becoming a father.

He did, however, suggest that it would be best to wait until the end of his sporting career so he can devote his full attention to his kids.

He commented: “I would love to have children: boys, girls… I’m a person who loves kids and I’m a family guy.

“But also I tell you that the reality is, the years keep passing, I would like to start to do all of this when my sporting life determines it.”

Mr Nadal added that his sporting career has made it difficult to think about having children so far, saying: “I think it’s also above all about looking after the kids.

“I don’t know if it [travelling throughout the year and having children] is ideal.”

Why is Xisca often absent from Nadal's tennis matches?

In one of her only interviews, Xisca Perello revealed that she chooses not to attend most of Nadal's tennis matches in a bid to preserve their relationship.

She added that she is concerned she would disrupt her fellow Spaniard's focus if she appeared at all events.

In an interview with The Telegraph in 2011, Xisca explained: "He needs his space when he is competing, and just the idea of me hanging around and waiting on his needs all day tires me out.

"It would asphyxiate me. And then he would have to be worrying about me... No. If I followed him everywhere, I think there's a risk we might stop getting along." 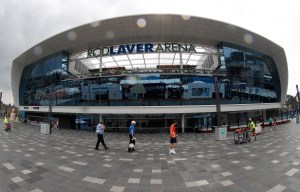 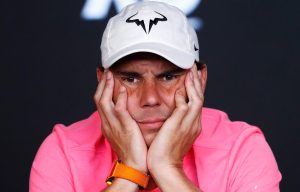 Federer and Nadal branded 'selfish' despite donating £132,000 to Australia fires

However, admiring fans have set up social media accounts to share pictures.

Xisca has previously spoken out about avoiding fame and celebrity status.

She explained: "It's not a world I want to be part of, nor do I think Rafa would have chosen to be with a woman who looked for that in life."

2pm Chelsea news LIVE: Hazard injury LATEST, Lo Celso ‘should have been sent off’, Kante OUT for five games

Trump visit to India: Sanitised and locked-down streets to greet US president on first trip to country

Arsenal vs Everton betting tips: Toffees to earn a point at Emirates with both teams finding the net

François Fillon goes on trial for embezzlement of public funds

Ireland national anthem lyrics: Why is Ireland’s Call sung in rugby and is The Soldier’s Song played at Six Nations?

Smashed window as teenagers go on rampage in Edinburgh's Bruntsfield

'Caroline would be proud': Love Island fans pay tribute as narrator speaks ahead of tonight's final

Ben Affleck: 'It took a long time to admit to myself that I am an alcoholic'

Bradford Beer Festival 2020 - can you spot yourself in our photographs?

England vs Ireland LIVE: Six Nations score and latest updates, how to watch online and on TV, start time and odds

Met Office upgrades weather warning to include snow for Lancashire

Boris Johnson has still not visited communities devastated by floods

'It feels fantastic to leave': Mancunian speaks of relief when leaving quarantine after travelling to China amid coronavirus outbreak

Every crime committed near where you live in 2019