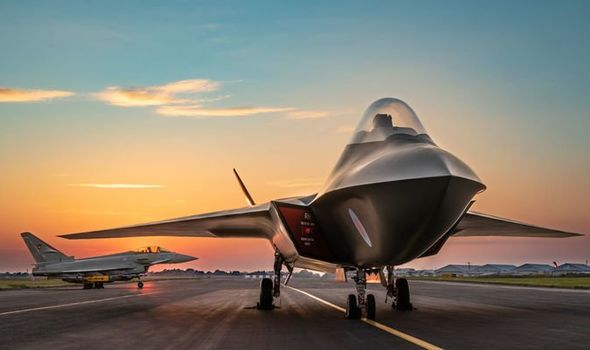 The Tempest fighter jet will be more advanced than any plane currently in the air (Image: BAE Systems)

The plan is to deploy the Tempest, which will be equipped with laser and hypersonic weapons and will be accompanied into battle by a team of semi-autonomous “wingmen” similar to drones - by the 2030s. Companies including BAE Systems and Rolls Royce, as well as the British arm of Italy’s Leonardo, plus and Sweden’s Saab, are taking on France, Germany and Spain, who have combined to develop the Future Combat Air System. Andrew Kennedy, strategic campaigns director at BAE Systems, told Express.co.uk: “We’re all hugely excited to be involved in Team Tempest.

We want to make the Tempest as iconic as the Spitfire

“We want to make the Tempest as iconic as the Spitfire.

“This has the potential to be a revolutionary aircraft, a real game-changer.”

“The plan is to introduce this ‘sixth generation’ combat aircraft into service in the mid-2030s, in time to replace the Eurofighter Typhoon fleet, which presently provides a fully manned capability for a number of air forces.”

Speaking earlier this week, John Sneller, head of aviation at Jane’s by IHS Markit, told Express.co.uk described Tempest as “much more than just an aircraft”, adding: “It is a Future Combat Air System, covering manned and unmanned air vehicles working together.” 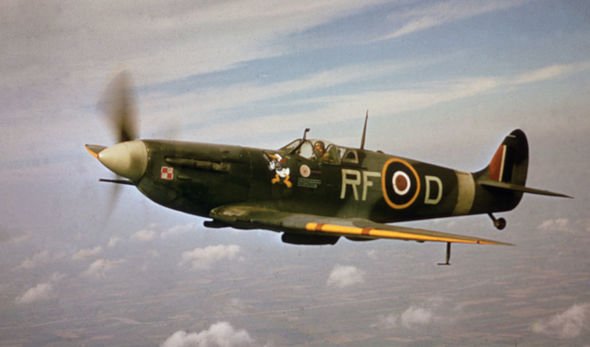 BAE Systems' Andrew Kennedy wants the Tempest to be as iconic as the Spitfire (Image: GETTY)

He added: “Saab from Sweden has recently joined the Tempest Club, bringing design and integration skills from their Gripen fighter stable.

When operational, the hyper-advanced Tempest will boast capabilities far beyond any jet ever built so far.

It will be able to flown unmanned, as will feature a fearsome range of weapons, including the aforementioned “wingmen”.

Last week defence minister Mark Lancaster announced a new recruitment drive for Team Tempest, with the number of people working on the programme set to more than double over the next two years. 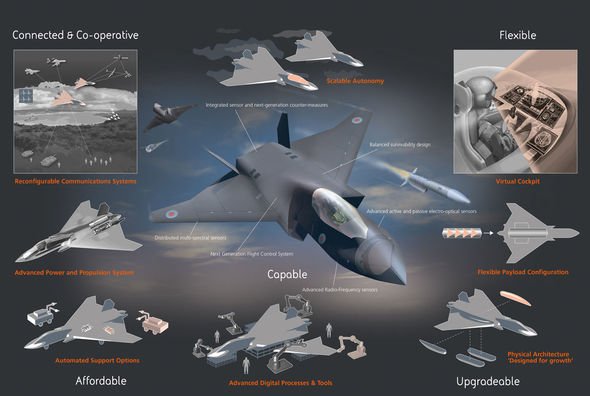 The Tempest will be equipped with laser weapons and will have drone-like "wingmen" (Image: BAE Systems)

The project already employs 1,000 people across UK industry, and the Ministry of Defence is planning to increase that number to more than 2,500 by 2021.

Team Tempest staff are planning to visit schools, colleges and universities as well as giving presentations at key Science, Technology, Engineering and Mathematics (STEM) events across the UK.

The team will offer new resources for schools and colleges as well as launching on social media through Twitter and Instagram, @TeamTempestUK with the #GenerationTempest, to inspire the next generation to pursue STEM careers in the combat air sector.

Then-defence secretary Gavin Williamson unveiled Britain’s Combat Air Strategy, which is centred on the fighter jet and which marked the creation of Team Tempest, made up of BAE Systems, Rolls Royce, Leonardo and missile developer MBDA, at last year’s Farnborough Airshow. 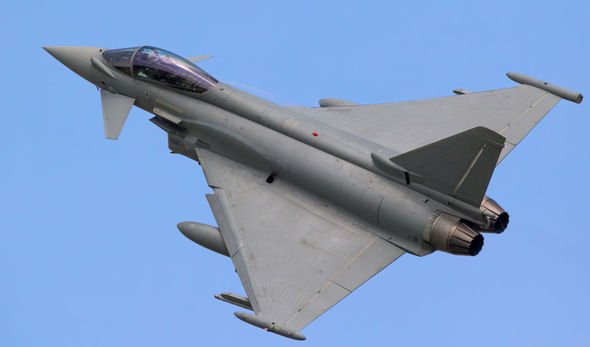 When deployed in the 2030s, the Tempest will replace the Typhoon, or Eurofighter (Image: GETTY)

He said: “We have been a world leader in the combat air sector for a century, with an enviable array of skills and technology, and this Strategy makes clear that we are determined to make sure it stays that way.

“It shows our allies that we are open to working together to protect the skies in an increasingly threatening future - and this concept model is just a glimpse into what the future could look like.

“British defence industry is a huge contributor to UK prosperity, creating thousands of jobs in a thriving advanced manufacturing sector, and generating a UK sovereign capability that is the best in the world.

“Today’s news leaves industry, our military, the country, and our allies in no doubt that the UK will be flying high in the combat air sector as we move into the next generation.”

Ronaldo scored his 27th goal in Serie A, converting a penalty in the game against Atalanta. Immobile has 29 balls
Sterling scored 27 goals for the season and broke his record. He scored a hat-trick against Brighton
Three Atalanta players have scored 15+ goals in the Serie A season. This is the best result since 1952
Setien on the title fight: Barcelona does everything possible, but Real Madrid wins all the matches
Lampard after 0:3 with Sheffield: Chelsea must fight for the top 4. I've learned a lot
Simone Inzaghi: Scudetto for Lazio-a place in the Champions League. Talk of winning Serie A was exaggerated
Player the Premier League has admitted that he is gay anonymously. The letter was sent to the newspaper by the Foundation named after a football player who committed suicide after coming out
Source https://www.express.co.uk/news/world/1155585/tempest-fighter-jet-game-changer-britain-uk-military-sweden-spitfire-germany?utm_source=feedburner&utm_medium=feed&utm_campaign=Feed%3A+daily-express-news-showbiz+%28Express+%3A%3A+News+%2F+Showbiz+Feed%29

Steve Bruce wants another response from his United players

Coronavirus- New daily cases in Scotland down to single figures

Frantic search after man vanishes from home in Highlands

Government ‘overstated testing figures by 200,000 in height of pandemic’

Fears Parachute Regiment could be sacrificed after Dominic Cummings' question

Supersonic jet with top speed of nearly 1,700mph to be unveiled

Will.i.am lashes out at Kanye West for announcing he is running for US President

Carlisle among 20 areas at most risk of local lockdowns

Holly Willoughby's emotional goodbye as she leaves This Morning

Make every day a Fryday with our cheap, quick and easy breakfast recipes

Dad's fury at PayPal after daughter, 15, scammed out of £227 for fake iPhone

Thousands march through Brighton in support of Black Lives Matter

Brit ISIS jihadi, 27, killed while ‘trying to escape from jail in Syria’

Chris Froome can be a history-maker says new billionaire boss

Man, 30, dies in Texas after attending 'Covid party' and calling virus a 'hoax'

Who are Roger Stone’s children, Adria and Scott Stone?