A WOMAN has issued a tearful warning to pet owners after four masked men in a van tried to snatch her French Bulldog puppy.

Taylor Homewood was walking 19-week-old Harley home after a short walk last Wednesday when she spotted a white transit van crawling towards her.

Immediately uneasy, Taylor stopped walking and noticed four masked men inside the van eyeing up Harley and nodding to one another.

As the van came to a standstill and the men went to jump out, the 20-year-old scooped Harley up into her arms, screamed and ran away from them towards another dog walker.

Taylor, who owns online retailer Misshunny London, has since shared a tearful warning to other dog walkers on Instagram sharing her ordeal and urging others to be vigilant.

Speaking in the Instagram clip, she said: "Hi everyone, I hate to say it… to make this video I've had to put a filter on because I look… I've been crying.

"I literally took my dog, which you've probably seen on Instagram, my little Frenchie.

"I took him for a walk, literally opposite my house and I literally walked about five minutes because he got tired and I was on the way back and I saw a white van pull really slow."

Of the men inside, she added: "They all had masks on and they looked at my dog Harley and stepped out of the van so I screamed and started running and then luckily there was a woman on the opposite side of the road as well, which I'm so grateful for and she grabbed me.

"You don't think it's going to happen to you on a Wednesday morning at 11 o'clock literally next to my house.

After posting the video, Taylor said: "It was a really scary experience. You're not just going to give your dog up, you're going to put up a fight and you don't know if these people have knives.

"I saw this van go really, really slowly and I just had this weird feeling because he was going too slowly.

"I'm looking at them and they're looking at me. I stopped, they stopped the van, looked down at Harley, nodded and I could see [them mouth] 'yeah'.

As the van door went to open I knew what was going to happen so I grabbed him, screamed for help, jumped over a ditch and ran towards a woman out walking.

"The man who was a passenger in the front was wearing a face mask, like the ones we all have to wear now, and the driver had a balaclava on.

"As the van door went to open I knew what was going to happen so I grabbed him, screamed for help, jumped over a ditch and ran towards a woman out walking.

"They drove off really, really slowly while I got my phone out of my pocket and called my mum who came out to see what was going on."

So far this year they have received five reports of dog thefts, with all of the dogs reported to have been stolen from homes or gardens. 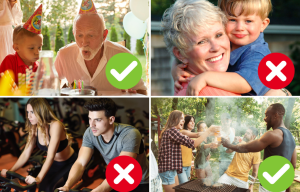 Garden parties & BBQs for Easter: all rules for meeting family on March 29 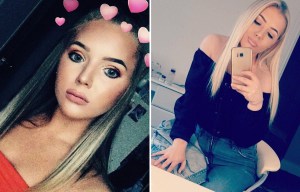 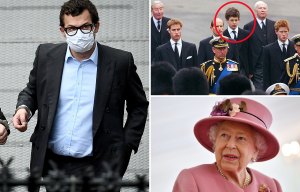 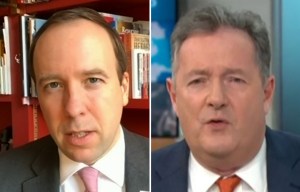 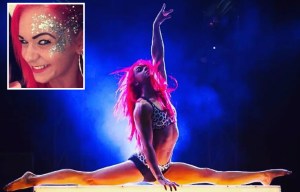 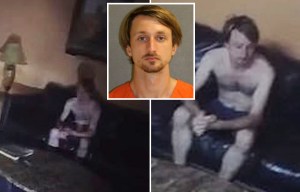 An Essex Police spokesman said: "At around 11am, on Wednesday 17 February, a dog walker reported that three men were seen to be acting suspiciously in a van.

"The concerned dog walker immediately left the area. No attempt to take the dog was reported.

"It is important that if you spot any activity which you believe to be suspicious, please report it to us immediately."

Harry claims William and Charles are ’trapped within the system’

Meghan and Harry: How much did Diana leave in inheritance for Harry?

How have people returned from Brazil during a ‘ban’?

Thousands of women could be living with undiagnosed breast cancer due to Covid pandemic – are YOU one of them?

Horoscope today, Tuesday March 9: Daily guide to what your star sign has in store for your zodiac dates

The Vicar of Dibley, Normal People and Fleabag return to BBC with hilarious Comic Relief reboots

Red alert: Why have Liverpool been so bad in 2021?

Give it a rest: why afternoon naps can improve memory and alertness

In Heidelberg, cars are not welcome any more

The maverick Harvard physicist who believes in aliens

How money you’ve raised has helped support locals with chats, crafts and food

ADVERTORIAL: 'Demand has gone through the roof' - OAP charity reveals impact of pandemic

Holly Willoughby shares rare selfie with daughter Belle, 9, and praises the ‘wild and strong magic’ in her

RNC maintains right to use Trump's name in fundraising

What is the Netflix deal Harry and Meghan have with the streaming service?

Prince Harry ‘pressed nuclear button on his family’, say royal insiders who stayed up until 3am to watch Oprah interview

Dani Dyer, 24, says her pregnancy came as a ‘shock’ but baby Santiago has turned her hardman dad Danny into a softie

Women living in area where woman, 33, went missing told to 'not go out alone'

Hodgkinson has tools to become world class but we won't rush her, vows GB boss

Biden pledges to tackle 'scourge' of sexual assault in US military

Mom tells cops ‘take me away’ as son, 4, found dead at home after she ‘smashed up car with baseball bat’

‘Ray of sunshine in quite gloomy picture’: Headteachers and pupils on the return to school

‘He didn’t want to be following another coffin’: Friend of Prince Harry says he had no choice but to support Meghan

Oprah with Meghan and Harry review — just give in and watch

Franco Acosta dead at 25: Body of ex-Villarreal star found two days after going missing while swimming on his birthday

'No way back for disloyal, angry Harry after Meghan's bombshell Oprah claims'

Meghan and Harry POLL: Has Royal Family’s reputation been damaged by Oprah interview?