The Ghana Education Service (GES) has reviewed its decision to ban 13 dismissed students from partaking in the ongoing West African Senior School Certificate Examination (WASSCE) at their current centres.

The students who have been dismissed from school for varying acts of indiscipline can now continue to write the exams in their schools.

Some had taken part in violent action in protest of strict invigilation during the examinations and others had insulted the President on camera.

The Public Relations Officer of GES, Cassandra Twum Ampofo explained this was after a meeting that followed President Akufo-Addo’s urge to the GES for some flexibility in the sanctions .

The President in a statement said their dismissal alone was enough punishment.

“The Minister had a meeting with the management of GES today [August 10, 2020] to review the sanctions imposed on the students who misconducted themselves and we decided that now, the students will be allowed to write the WASSCE in their respective schools,” Mrs. Ampofo said.

The students will now be able to return to the schools under guardian escort on the days they have papers and “immediately after the paper they also leave with their guardian,” she added.

All other sanctions against the students remain in place.

Aside from the dismissal, all students who are in schools where destruction of school property occurred are to be surcharged for the full cost of the damage.

The results of these students will be withheld until they have fully paid up the full cost of items destroyed.

Additionally, three teachers have also been interdicted and barred from invigilating pending conclusion of the probe to ascertain their culpability for their roles in the alleged activities as “they are further being referred to the security agencies for further investigation.” 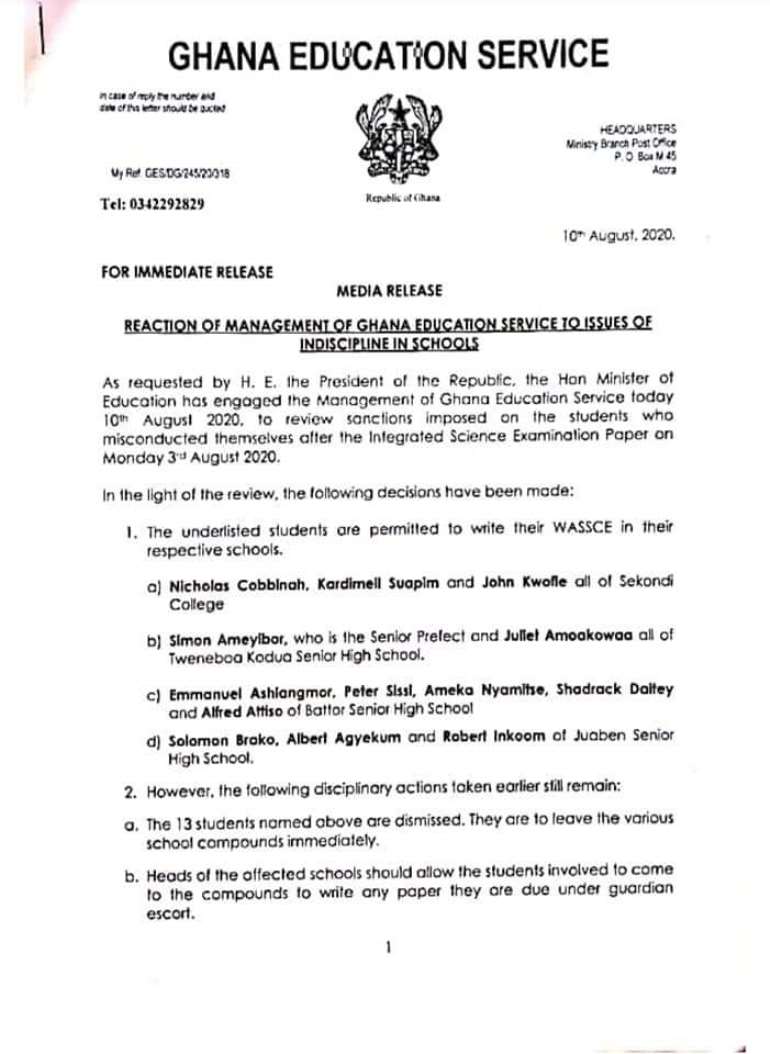 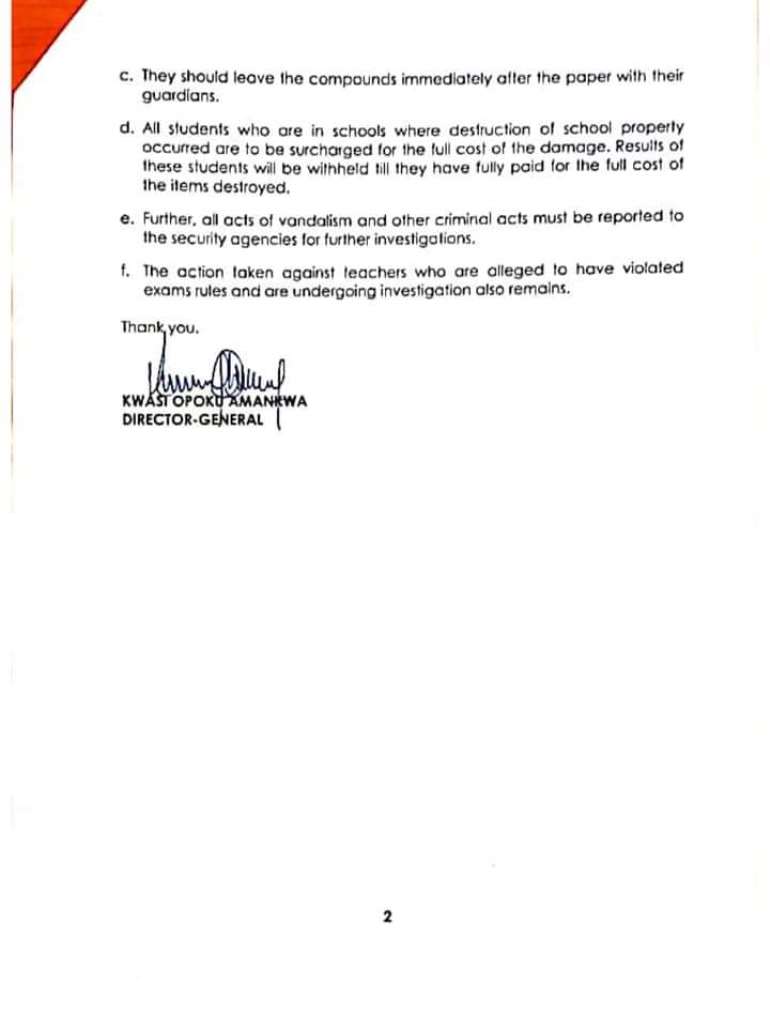 Real Madrid defender Nacho is Interesting for Milan, Napoli and Roma
Dest will arrive in Barcelona today. Blaugrana has agreed a contract with him and will pay Ajax 20+5 million euros
Suarez leaving Barcelona for Atletico Madrid. Luiz was called by Simeone, their Union should be 🔥
Barcelona announced Suarez's move to Atletico
Barcelona will receive 2 million euros for the transfer of Suarez in the seasons when Atletico reaches the 1/4 finals of the Champions League
Chelsea's newcomers came off in the League Cup: Havertz scored a hat-trick (the first of his career), Chilwell an assist, Silva played an hour
Manchester United will lose 139.39 million pounds if the Premier League season is held without spectators - the most in the League
Source https://www.modernghana.com/news/1022074/13-dismissed-wassce-candidates-allowed-to-write.html

'Time to move on' – Frank Boateng bids farewell to Ashantigold

Ajax midfielder Mohammed Kudus speaks on his style of play

Mohammed Kudus on life at Ajax, Andre Onana bond and many more

Best Ghanaian players to watch in Europe this season

‘I’m Constantly Waking Up To Threats’

Police in Anambra state arrest a 31-year-old man for selling his set of twins for N150,000 (photo)

Our MPs cannot reason for themselves, they're partisan - Parliamentary aspirant Jabs

Ghana To Provide 550,000 People With Improved Water And Sanitation Services

‘Our Youths Complain Of Bad Governance But Vote For BBNaija Housemates’

We have no plans to remove names of NDC supporters – EC

Civil Servants advised to be proactive in governance, pension schemes

#BBNaija: “They beat me up and collected all my money” – Boy who was manhandled for voting Laycon, speaks up (video)

Youth Leaders To Convene For A 3-Day Ghana Youth Camp

‘Wizkid’s Lyrics Is Not My Style’

We’re Not Removing Names Of NDC Supporters From Register – EC

#BBNaija: Why I stopped crushing on Don Jazzy – Nengi

Mahama to address the nation

(+VIDEO) I Need To Be Rewarded For Reducing Unemployment In Ghana

Ghanaians are working together to ensure peaceful elections

Beef Is Very Necessary If Artistes Want To Stay Relevant

2020 has been the most successful year of my life

GPRTU kicks against legalization of okada

Shatta Wale Was Paid Ghc 2Million By Government So He Could Teach Our Children Blue Film?? Ghanaians Quiz​…. » ™