Tracey Boakye knows how to deal with any dirt thrown at her expertly and she exhibited the same trait when news went viral on Wednesday that she was having issues with her infamous Papa No.

Multiple sources online claim the actress and filmmaker has been thrown out of her plush East Legon mansion she had always boasted belonged to her.

Bloggers claim Tracey was sent packing because despite all the goodies she was milking from her mysterious sponsor she still went ahead to marry Frank Badu Ntiamoah.

Responding to the allegations, Tracey said the house belongs to her and that she was merely moving out and rent it to a client.

She further said a wealthy lady of her calibre does not own just a single edifice but multiple ones. 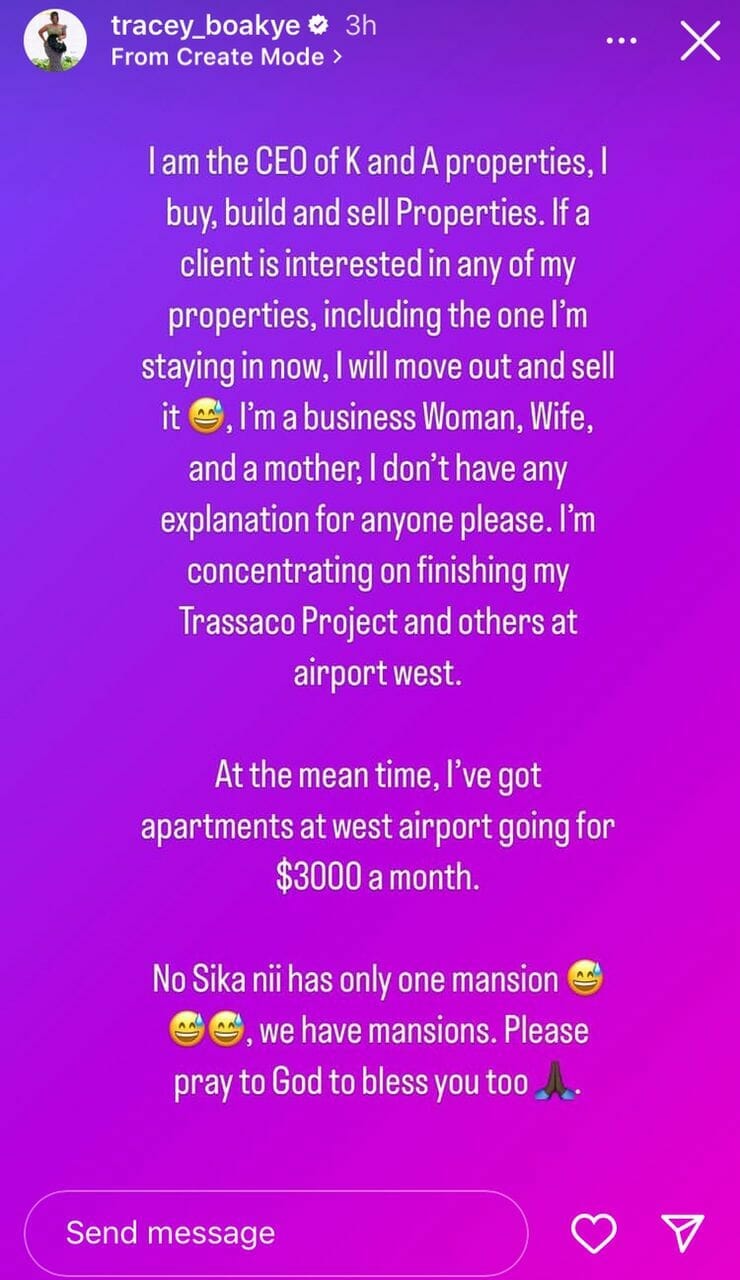 Previously, www.Ghbase.com reported that Tracey Boakye has made a new post which inevitably suggests that she never served Fanta and Coca-Cola at her wedding as propagated by her naysayers.

The story was masterminded by one Naana Brown who filmed a selfie-video blasting the newlywed actress while making wild & unsubstantiated allegations against her.

In her fiery demeanour, Naana revealed that Tracey couldn’t afford expensive drinks for her guests at her wedding which went down in Kumasi on July 28 so she blended Fanta and Coca-Cola before she could keep up with the numbers.

Furthermore, she claimed Tracey Boakye didn’t really serve a variety of meals as seen at other rich weddings so she vehemently warned bloggers not to make any whimper about it or capture the development on their camera.

Reactions as John Dumelo brings a truckload of yams to Accra, sells one tuber for ₵12.00 » ™

Asante Kotoko’s misery will be deepened

Horoscope: What your zodiac sign has in store this week (Sep 25 – Oct 1)