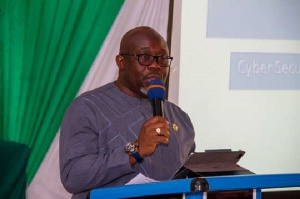 Government of Ghana in April this year announced that it had acquired a 100 percent share of the company primarily intended to save jobs and protect stakeholders interest of some 5.1 million customers.

Responding to the development in an interaction with Citi Business News monitored by GhanaWeb, George Andah said government took the right decision towards the agreement.

The former Communications Minister however expressed confidence in the move and indicated that government has taken lessons from previous takeovers deals.

“There are a lot of positive stories to show that it is not a rule that once government touches an organisation, that organisation runs down. I think it’s a matter of putting in place the right environment and making sure that you have the right leadership there,” Andah said.

AirtelTigo is a joint venture between Bharti Airtel and Millicom International Cellular, operators of tiGO in Ghana. The two merged in 2017, becoming the second-largest telecom operator in Ghana at the time. Additionally, Bharti Airtel holds a non-controlling 49.95 percent stake in AirtelTigo.