A lecturer at the University of Ghana, Professor Ransford Gyampo has asserted that Akufo-Addo’s tenure has witnessed the worst tenure of hardship like what happened in 1983.

“President Akufo Addo, you said “y3 te sika so nanso okom de y3n.” We were confident you were gonna address this. But your tenure has witnessed the worst of hardships and mentally retarded inflation almost next to what happened in 1983.”

According to Professor Gyampo Ghanaians were confident of Akufo-Addo to prove that Ghanaians are indeed sitting on gold. 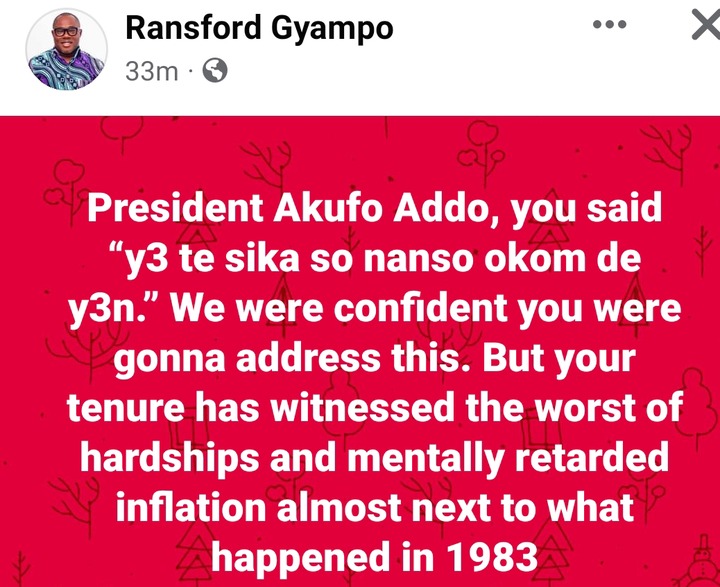 The comments of Prof Gyampo comes in wake of economic hardship facing the Ghana. Due to this Ghana have negotiated with the IMF for a bailout. According to the government the current hardship is because of the effects of COVID-19 pandemic and the Russian -Ukraine war.

Some Ghanaians rather opposed the above assertion from the government. They believe that the current economic crisis is as a result of corruption and economic mismanagement by the government.