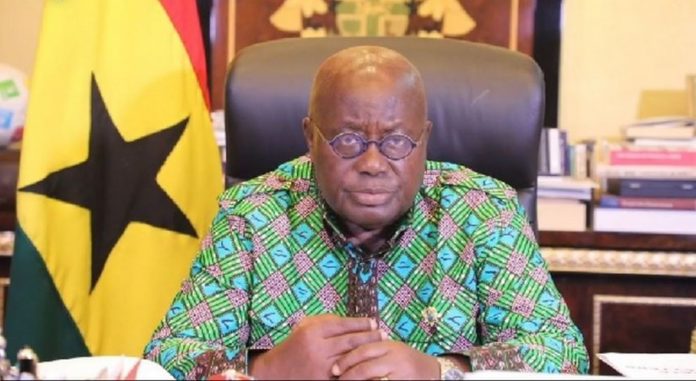 With the cry of ..#FixTheNation becoming the new social media anthem for Ghanaians across board, its also becoming evident that it has exposed Ghanaians to the world, as lame passive cowards, who do not have the moral foundations needed to stand their grounds on issues that matter, or issues that can help bring the needed social change for a better life for all Ghanaians.

Policy makers/upholders of the Nana Akufo Addo government, were all found scrambling for footing, when they soon realised that the people of Ghana were slowly waking up from sleepy years of the NPP led government. The world saw how Annor Dompreh of the ruling government send out a tweet which literally insulted everyone but himself , calling everyone from Chiefs and Queenmothers, through to Pastors and Clegymen/women through to the Judiciary , the Armed Forces etc etc as “GYIMIE” (literal translation STUPID ). Even though he tried to rescue himself from the blunder , it was clear that there was no “handler” liked he tried to claim, but rather it was he himself that sent the tweet in defense to the hashtag #FixTheCountry which he felt was an attack on his beloved political party… forgetting that if there was on Ghana there wouldnt be any political party.

Ghanaians, also saw tweets from Gabby Otchere Darko , the tagged defacto Prime Minister of the Republic of Ghana, qua his relationship with the president , sending out very irrelevant tweets to try to confuse the general public , in one such tweets he said ” I miss the NDC in power, Those times when every year petrol prices went up by 25% , when electricity and water also did their best to compete on top of school fees. They knew how to fix prices. Keep the faith. Things are tough, here, there , everywhere but will get better ? ” — end of quote. And this tweet was at the height of the trending hashtag FixTheCountry. Then to further confuse Ghanaians, two days later he tweeted this ;– ” I congratulate this patriot for touching on a big matter that resonates. It is not his fault if the NDC has jumped on it , bolting with it. We have real issues in Ghana, Lets not be shy about it , lets not be spectators but citizens when it comes to fixing it. We are in it together” end of quote.

Now any rational thinking human being can smell the hypocrisy , because Gabby Otchere Darko like any other rank and file of the NPP has been mandated to mention the NDC or John Dramani Mahama’s name to everything they want today else people would not take time serious, and thats why you see Mahama or the NDC drawn into any thing that comes out of the mouth of the NPP leadership. Sadly, Ghanaians have now come to understand the game., and that Blame Game is ending with the FixTheCountry campaign, which in large says.. its NOT the NDC nor John Dramani Mahama who has been in power for the past 5 (FIVE) years , so if the Akufo Addo led government after 5yrs continues to blame Mahama’s administration for every thing they are UNABLE TO FIX, then Ghana is surely in trouble by having a clueless government for 5 years and counting. The Youth of our beloved Country have come to understand that people like Gabby, would continue to tweet about Europe and American issues, because he is unable to relate with the average Ghanaian youth struggling daily to make ends meet , and thats the predicament at hand. , the lack of empathy towards the sufferings of millions of Ghanaians.

Finally, following the foot steps of veteran journalist and critic Cameron Doudu , Ghanaians today are demanding that the right thing is done, to ensure that civility reigns, and that hope is given to the suffering Ghanaians by way of practical social interventions that can be measured by the people for the people. Its a shame that after 5years in power, the NPP government has not built any schools nor hospitals for any Ghanaian community, instead its Ministers have built world class hotels and mansions for themselves., while they ignore the roads , education. health sectors to rot. If you are a youth today, the message as seen across social media, is that the Ghana Media Space, meaning the media houses across the country, are to be blamed for enabling the corruption that government officials get away with , because they are not exposed by the media. No media house in Ghana today is courageous to stand up for the right and welfare of the average Ghanaian, and thats the most dangerous dispensation we find ourselves in today. If after today , Media houses like ADOM, ANGEL BROADCATING NETWORK , CITIFM or Multi MEDIA etc etc and even only media platforms like GhanaWeb, GhPage, GhanaPulse, GhanaFeed etc etc .. along with bloggers like Felix Zion and his cronies would all take on the patriotic mantle and begin the process of Nation Building.. we would have yet again the Ghana that Dr. Kwame Nkrumah and J. J. Rawlings once dreamed about.

The Demonstration must come on, and the Akuffo Addo government must begin to see reason and stop the bullying of the Ghanaian people with the Police men / Security forces all of whom have suffering relations/relatives. Insecurity in the country must be addressed and addressed real quick, because the youth need jobs, so lets not create a Somalia in Ghana.

God bless our Homeland Ghana and Long live the Republic of Ghana and its people.