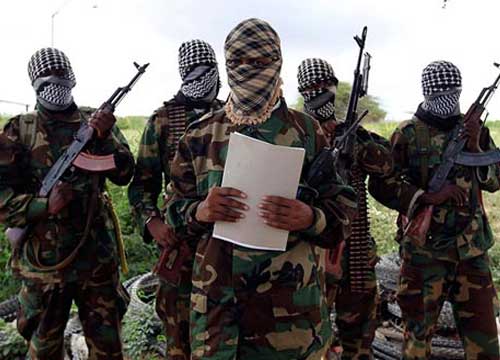 A team of police officers were en route to Mandera county when they came under al-Shabab attack, just a few kilometers from where a commuter bus was attacked recently. Three people died in the bus attack.

“Al-Shabab shot at the vehicle, deflating the tires. However, the police officers responded with heavy gunfire,” the police said in a report.

Nobody was injured in the ambush, and the militants later retreated into the dense thicket along the main road, the report said.

However, al-Shabab claimed its fighters carried out a grenade attack on the security officers and caused casualties.

Kenya’s northeastern region has borne the brunt of al-Shabab attacks since 2011, when Kenya sent its troops to Somalia to fight the extremist group. Many were killed or injured in the attacks.

The Kenyan government says the deployment of its troops in the southern regions of Somalia has helped to prevent the movement of explosives, counterfeit electronics and contraband sugar smuggling across the border. Enditem

Military Recalls Soldier To The Barracks Over Assault

We Eliminated Spanish Flu, We’ll Do Same For Coronavirus Too – Boakye Agyarko

‘There Would Be Lot Of Breakups, Separations After Coronavirus’

Princess Shyngle Shows off Baby Bump, Opens Up On Her Pregnancy, Also Discloses That Her Boyfriend Is in Jail

Meet the herbalist with anti-coronavirus plant

COVID-19: What Wealthy Nigerians Should Have Done Instead Of Donating To FG

Eniola Badmus Reveals Her Wish For April; Gives Updonate On Her Health Condition

Davido Admits Wizkid Inspired Him, Other Artistes To Do Music (Video)

Medikal Shows Proof Of Receipts Worth Over Ghc30,000 Spent On The Injured Fan From His Show(+Video) » ™

Uber Available To Only Those Exempted And On Duty During Lockdown In Accra, Kumasi

Asamoah Gyan flaunts his fleet of cars in his mansion [watch]

Coronavirus: Too early to call for cancellation of Ghana Premier League

Government Responses To Coronavirus, Financial Implications And The Usual Politicking Of NDC

Harry Styles stranded in the US due to Covid-19