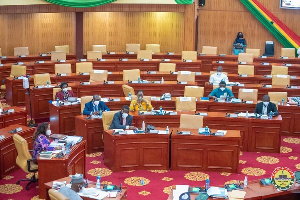 The immediate past chairman for Parliamentary select Committee on Legal and Constitutional Affairs Ben Abdallah Banda has appealed to the 8th parliament to as quickly as possible revise Unnatural Carnal Knowledge Act  to ban and criminalize Lesbian, Gay, Bisexuals, Transgender and Queer Individuals (LGBTQI) in Ghana.

Ben Abdallah is livid at how LGBTQI is gradually gaining grounds and the fact that their membership is suddenly increasing in Ghana whilst the 1992 constitution frowns on the act.

The former legislature for Offinso South in the Ashanti region speaking in a phone interview on Yen Sempa morning show on Onua FM on Thursday February 25 stressed that it abhorring hearing people defending LGBTQI as people’s fundamental human right.

He however reiterated that LGBTQI could be a traditional human right in the Western world but could not be accepted in Ghana because the Ghanaian religion, tradition and cultural values does not support or approve of the act.

The former lawmaker told the host Kwame Tutu that it is high time Parliament of Ghana would deem it right to amend the Unnatural Carnal Knowledge act to sternly outlaw LGBTQI in Ghana instead of allowing some key members of the society to clandestinely endorse the immoral act in the country.

He has vowed fervidly to rise and speak against LGBT on any day and thus indicated that he is ready to partner civil society groups to petition parliament in enjoining the legislatures to revise the law to bite hard on LGBTQI perpetrators in Ghana.

"And I am ready any day to associate with any coalition or group of people to draft a bill to parliament to enjoin them amend the law to prohibit LGBT in Ghana," he added.

Ben Abdallah thus called on the general public to rise in one strong voice in kicking against LGBTQI and demand immediate law to be enacted to stop any form of LGBT.

Klopp on Vinicius' double: Impressed, but not surprised. Everyone knew that this is a player of outstanding talent when Real Madrid just signed him
Luca Toni: Ronaldo is the champion, but Lukaku has a decisive influence on the game, even if he does not score
Cassano on Inter Conte: This football makes me cringe. I would beg the president to dismiss such a coach
Linesman who did not see Ronaldo's goal to the Serbs is excluded from the referee's team and will miss the Euro
Lillian Thuram: I laugh when Pirlo is criticized. You can't expect results from a coach with 15 years of experience
Bailly could leave Manchester United after refusing to renew his contract. He is unhappy with playing time
Pep Guardiola: City will reach the semi-finals if they don't make mistakes like they did with Lyon