Anti-gay bill: Some pastors are silent because of visa denial – Foh-Amoaning 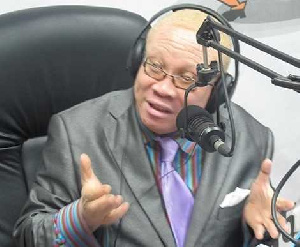 Executive Secretary of the National Coalition for Proper Human Sexual Rights and Family Values, Lawyer Moses Foh-Amoaning, has expressed disappointment in some prominent pastors for their silence on the anti-LGBTQ+ bill.

He added that these pastors are silent on the matter for fear that they may be denied visas by the Western countries.

He shared these thoughts during an interview with Happy FM’s Don Prah on the ‘Epa Hoa Daben’ show.

“Since we started this fight, what is surprising has been that some prominent men of God have been quiet about the issues. Some pastors are even trained doctors but since the time of Prof. Mills they have not spoken on the issue.”

“They are selling the word of Jesus Christ and the anointing they have been given because of visa. All their fear is that they will be denied visas. It is very sad,” he added.

Meanwhile he commended the “traditional churches” such as the Pentecost Church of Ghana for standing up against LGBTQ+.

“The leaders of the traditional churches are speaking and that is reassuring,” he expressed.

Earlier this year, the Speaker of Parliament received a private member bill from some MPs that would expand on the current law that provides up to three years in prison for same-sex activity.

Reports have it that the new bill when passed will prohibit and criminalize advocacy, funding and act of LGBTQ+ while promoting conversion therapy programs seeking to “convert” people from homosexuality to heterosexuality.

In the memorandum, they contend that the Promotion of Proper Human Sexual Rights and Ghanaian Family Values Bill 2021, which seeks to criminalize LGBTQ+ and adjacent activities, is an “impermissible invasion of the inviolability of human dignity.”

Some Christian leaders, on the other hand, have submitted a memorandum to Parliament on the Proper Sexual Rights and Ghanaian Family Values Bill, endorsing the bill.

Hearts of Oak's GPL struggles, who to blame?