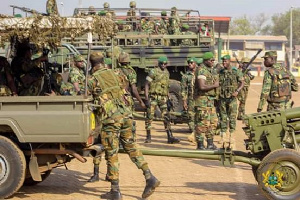 The Ghana Armed Forces (GAF) will from Monday, 24 to Friday, 28 May 2021, conduct an anti-terrorism training exercise code-named “Exercise Eagle Claws 2021” in the Northern sector of the country.

The theme for the exercise is: “Consolidating security for national development.”

The exercise is a four-day simulation training aimed at testing and preparing participants of the ongoing “Operation Conquered Fist” to ensure efficiency at role and mission accomplishment.

The GAF in a statement said the High Command intends to use this year’s exercise to equip troops with the requisite capacity to respond rapidly and effectively to terrorists and contemporary threats in the “Operation Conquered Fist” area of operation as well as other parts of the country.

The exercise will be conducted with other security and intelligence agencies.

In view of this, the GAF noted that there will be movement of military personnel and hardware to the designated areas.

GAF is, therefore, informing the public especially those living within the affected areas to remain calm during the training period as measures to ensure the safety of personnel and the public have been put in place. 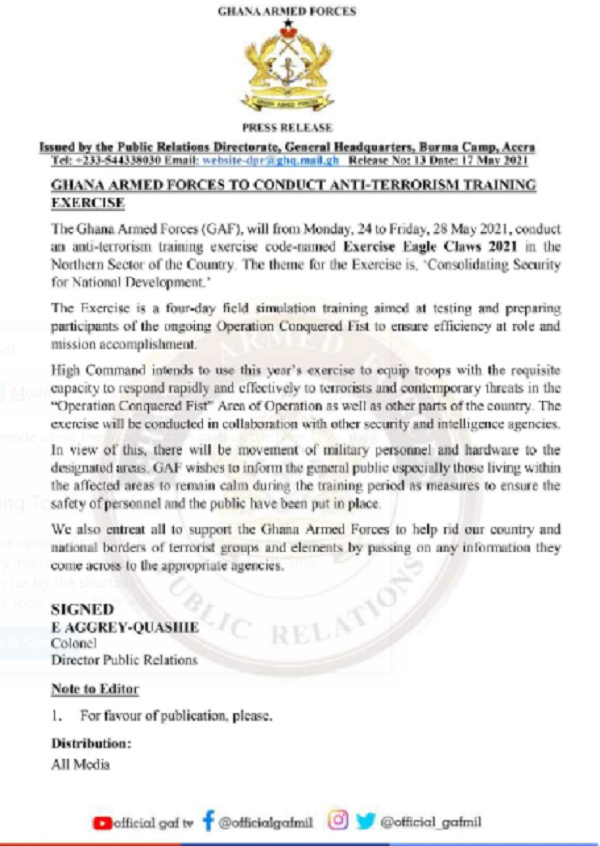 Ghana is blessed with great producers and musicians – Queen Iminah

Sit up or face our wrath

Lil Wayne is my role model

Govt needs to fulfill its promises to us – Stonebwoy