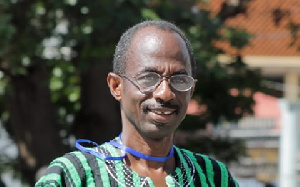 General Secretary of the New Patriotic Party (NPP) John Boadu says the witnesses lined up by John Dramani Mahama in the just-ended election petition hearing made the case quite easier for the Supreme Court to determine.

He observed that the Court became only charitable with two of the witnesses as some of the things they said were “fanciful”.

JB, as he is affectionately called, was addressing journalists and supporters of the party after the Supreme Court dismissed the petition filed by Mr. Mahama.

In its judgment on Thursday, March 4, the Court said the petitioner did not produce enough evidence to rebut the presumptions created by the publication of CI 135.

“We are therefore of no reason to order a rerun. We accordingly dismiss the petition,” Chief Justice Kwasi Anin-Yeboah said in the judgment.

Mr Boadu said Mr Mahama was only forced to go to court because he knew from scratch that he had lost the elections.

“We are happy that they chose the option of seeking redress in court because that clearly brought out the misinformation and mischief that they want to sow among their supporters.”

He said from the three witnesses – Johnson Asiedu Nketia, Dr Michael Kpessah-Whyte and Robert Joseph Mettle-Nunoo – it was the first witness who made the case easier.

“For the so-called star witness, he really made our case for us because through the cross-examinations, he accepted that Nana Addo Dankwa Akufo-Addo whether Techiman South votes were given to them or the valid votes gotten by each candidate were correctly given to them, Nana Addo Dankwa Akufo-Addo got not only more than 50 percent [but] got 51 percent plus of the elections.

“For us, it is a vindication of the confidence that the people of this country repose once again in the New Patriotic Party.”

VAR did not count West Brom's goal for offside. Although the author of the goal was probably in the right position
Chilwell on the match against Porto: We only did half the work. Chelsea should not be relaxed
Conceição on Chelsea: Porto have a tough task ahead of them, but we came here to solve it
Presnel Kimpembe: It will be a huge achievement to knock out Bayern, because they is the best team in Europe
Mauricio Pochettino: Bayern are the best club in the world at the moment. Anything can happen
Gagarin was very fond of sports: he played water polo, hockey, volleyball and more
Ibrahimovic broke the anti-bullying rules. He had lunch with Abate and two other people at the restaurant

Prince Philip was ‘a legend of banter’ and ‘master of the barbecue’, says Harry

Couple Robbed At Gunpoint In Takoradi