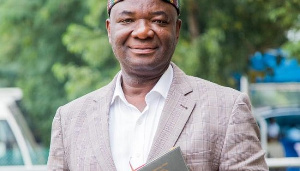 The technical adviser to the Minister of Sports, Dr. Bella Bello Bitugu has said that the appointment of Serbian Coach Milovan Rajevac occurred without the knowledge of the Sports ministry.

Dr. Bello was replying to a question posed to him by Rainbow Sports Isaac Wallace illustrating the position of the ministry in the appointment of Coach Milovan.

He stated that the ministry had nothing to do with the appointment of our national team new coach.

He added that the sports ministry had other roles but the FA had already made their decision.

“The sports ministry had our strategies to bring in a coach but we noticed that the FA had already made their choice and knew what they wanted,” he added.

He concluded that although some Ghanaians do not support the appointment made by the Football Association, they should be patient and observe what happens”