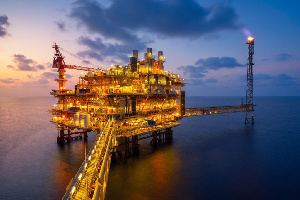 Oil prices tumbled on Thursday, touching a five-month low and extending the previous day’s sharp decline on the impact renewed coronavirus lockdowns could have on oil demand.

Both contracts plunged by more than 5% on Wednesday.

“People are reacting to COVID cases that are spiking - they are reacting to the number of new cases,” said Bob Yawger, director of energy futures at Mizuho in New York. The market was under additional pressure about demand concerns, as additional U.S. economic stimulus has not been forthcoming, Yawger said.

With COVID-19 cases surging across Europe, France will require people to stay at home for all but essential activities from Friday, while Germany will shut bars, restaurants and theatres from Nov. 2 until the end of the month.

The Organization of the Petroleum Exporting Countries (OPEC) and its allies will be monitoring the deteriorating demand outlook closely as well as rising supplies from OPEC member Libya.

OPEC and its allies, together known as OPEC+, plan on tapering production cuts in January 2021 from a current 7.7 million barrels per day (bpd) to about 5.7 million bpd.

“[We] believe it is increasingly unlikely that oil production will be stepped up from January,” Commerzbank said. “Instead, OPEC and its allies (OPEC+) would really need to implement further production cuts, given the weak prospects for demand.”

Libya is currently producing 680,000 bpd and expects production to rise to 1 million bpd in the next few weeks, a Libyan oil source said.

But the hurricane is forecast to weaken by Thursday morning in the United States and the return of U.S. production will add to existing oversupply.

Cavani has scored 253 goals in the top 5 of the Europa League since making his Serie A debut in 2007. Only Messi and Ronaldo have more in that time
Bonera on the victory over Fiorentina: for Milan, this is a new piece of a huge mosaic
Cherchesov about Zabolotny: Big plus-it has moments, it is necessary to realize. He works for the team and really helps a lot
Messi dedicated the goal to Maradona: under the Barca Jersey, he put on a retro Newells old boys t-shirt. Diego played 5 games for him in 1993
Cavani scored 3 (2+1) points, coming on as a substitute in Manchester United's match with Southampton. He has 3 goals in 5 games in the Premier League
Solskjaer about the comeback against Southampton (3:2): Manchester United never give up - this is a feature of the club
Koeman about 4:0 with Osasuna: an Important win, I'm happy. Barcelona can't afford to lose any more
Source https://www.ghanaweb.com/GhanaHomePage/business/Coronavirus-Oil-prices-extends-losses-with-4-slump-on-renewed-lockdowns-1097086

Kiddwaya Replies Fan Who Passed Comment On His Relationship With Erica

Falz excited after a street in Lagos was named after him

Two crash to death by an articulator truck in Takoradi

Vote 4 more years; the future is exciting - Bawumia to Ghanaians

4 in trouble for stealing excavator parts

Don’t Blame Funny Face’s Attacks On Depression, He Was Aware Of What He Is Doing-Counselor Lutherodt (Video)

FULL TEXT: BoG Governor at launch of the Ghana Banking Code of Ethics and Business Conduct

CAF grants Kotoko permission to use VEO in Champions League

No agreement yet to call off strike – ASUU

‘We could have helped Maradona’, says Klopp |

Womanizing only brings you losses. Invest in getting a good wife — Media Personality Osas

Heavenly Father, the battle is still yours - First Lady as she prays for Akufo-Addo

More than 150 Ghanaians migrants back from Libya

CSOs call for transition from fossil fuels to clean energy

“PCs are not responsible for developmental projects” – NCCE

‘All The Nigerian Albums Released This Year Are Solid’, Says VJ Adams

Increased awareness on AfCFTA will yield maximum benefits for Ghana-Minister