CSOs in Governance and Security join campaign for violent-free elections 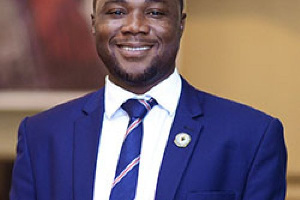 Mutaru Mumuni Muqthar, the Executive Director of the West Africa Centre for Counter-Extremism

The Coalition of CSOs in Governance and Security for Peaceful Election 2020, has joined the campaign by sections of the public to promote peace before, during and after the elections.

Mutaru Mumuni Muqthar, the Executive Director of the West Africa Centre for Counter-Extremism, and Lead of the Coalition, at a news conference in Accra, said the Coalition was mobilising eligible citizens across the 275 constituencies to vote on Election Day without any fear of intimidation.

The Coalition had also began conducting simultaneous voter education and information campaign against electoral violence, which would target all eligible voters by providing them with credible information to increase their willingness to vote, while refraining from violent tendencies.

Mr Muqthar said the campaign would also educate citizens to reduce fear and panic during voting and reject propaganda on media platforms by competing interests in the form of insults, vile messages, and ethnic incitement.

“We are confident that the above activities will help to raise the dwindling public confidence and faith in multiparty democracy and politics in general and ensure a higher voter turnout of a targeted 72 per cent,” he added.

This year's elections, by all accounts, present an excellent opportunity not only to consolidate Chana's democratic gains but also set example for best practices in democratic elections in Africa, he said.

He explained that despite the critical role the country played in the consolidation of democracy, elections were invariably plagued by localised violence that threatened the peace, security and stability.

The Coalition believes that violence was routinely employed by the political class as an operational strategy or counter strategy to obtain electoral advantage.

Such acts had a proclivity to throw the country's security out of gear, he said.

The challenges, if unaddressed, had the tendency to undermine the legitimacy of the nation’s elections and viability of its democracy, Mr Muqthar said.

“Whilst the State has a primary mandate of ensuring peaceful elections, the civilian population and civil society organisations have an important obligation to work towards peaceful elections and to safeguard the peaceful and successful outcomes of the elections,” he added.

He called on the public to collectively fight anything that would undermine the peace and stability of the nation and advised politicians to be decent in their utterances during the electioneering.

It had so far covered 80 constituencies out of the 275.

Apart from setting up a National Monitoring Committee following the Ayawaso West Wuogon by-elections to monitor the operations of political parties, Mr Cudjoe said the Council and the Centre for Democratic Development Ghana had established the “Peace Mediation Committee” in identified tensed areas across the 16 regions.

The Committee was charged to feed the national office with information from their respective jurisdictions to enable it to take appropriate measures in case of any electoral misconduct before things got out of proportion.

Milan defender Musacchio has passed a medical in Lazio
Arsenal is a big club in England. Ødegård fit into the role of the tens of Arteta. Holand on Martin
Klopp on Lampard's resignation: Abramovich is not the most patient man in the world. It is cruel to make this decision so early
Berbatov on Suarez: Barcelona showed disrespect and pays for it. Luis must be dying of laughter
In the environment of Messi deny that the player and his family members learn French
Oscar: I want to finish my career at Chelsea. I play very well, so there should be a place for me
Victor Font: Garcia is ready to play for Barca for free until the end of the season. Please buy it now
Source https://www.ghanaweb.com/GhanaHomePage/NewsArchive/CSOs-in-Governance-and-Security-join-campaign-for-violent-free-elections-1120286

‘No! No! Not at all’- Hilla Limann’s daughter refuses to attend Rawlings’ funeral

How Rawlings' mortal remains arrived at the Black Star Square

How Rawlings's mortal remains arrived at the Black Star Square

PL: Arsenal come from behind to beat Southampton

Buratai Will Be Brought To Justice At ICC

“Most Gospel Songs Are Full Of Noise These Days; Given The Chance, I’ll Lash A Lot Of The New Gospel Musicians”-Helena Rhabbles » ™

Wendy Shay Drops Bombshell; Says She Is Still A Virgin At 24 Years » ™

Some recovered victims of COVID-19 having erectile dysfunction – GMA

(VIDEO) Had It Been Me, Cecelia Marfo Would Have Taken A Heavy Slap And Gone Back To Default settings

Appointment Of Security Chiefs Not Subject To Federal Character – Adesina