Three days of continuous rainfall caused flooding in most areas in the regional capital on Sunday.

Half of the Akwadum community, Electricity Company of Ghana (ECG) regional office, Effiduase, Highways, Aberewa Nkwanta, Asokore and other areas were all submerged.

The police and National Disaster Management Organization (NADMO) who went to the scene with the help of some community members managed to retrieve the body of the middle-aged man believed to be in his late 50s.

The police are calling on relatives to come forth and help identify the victim.

According to some residents, they believe the unidentified body was carried by the flood water from a different area to their community, as the man is not known in the area.

A visit by Citi News, to some areas in both the New Juaben North and South Municipalities, saw these owners cleaning the filth left behind by the floods.

Others were busily rearranging their set-ups and drying wet items. 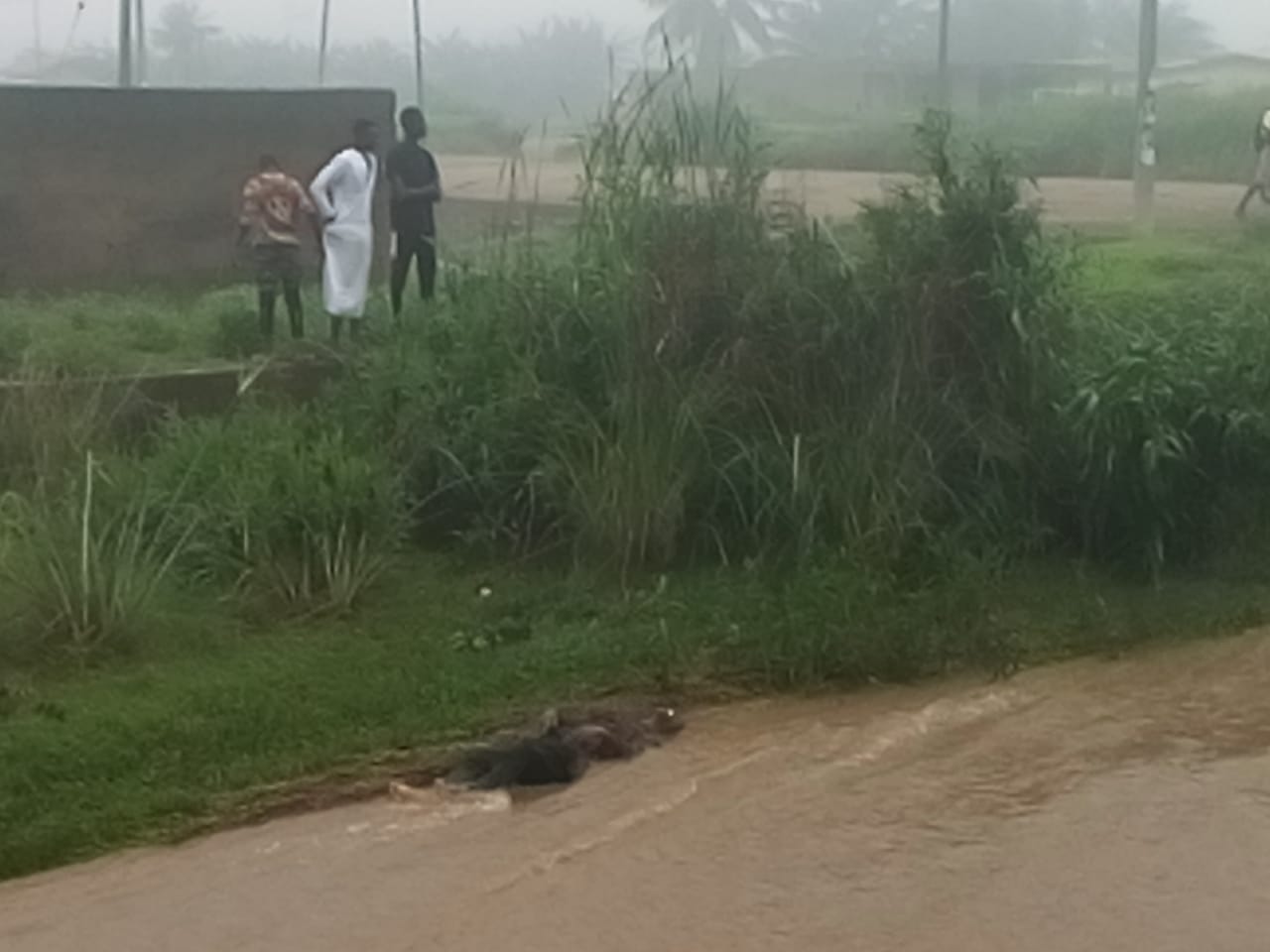