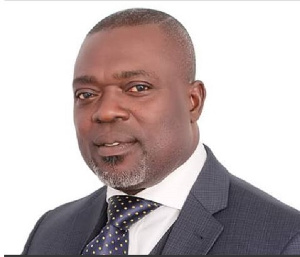 The National Commission on Small Arms and Light Weapons has allayed fears about electoral violence despite revealing that over 4,000 hotspots have been identified across the country.

Executive Secretary Jones Borteye Applerh has assured the public that though the data from a research by the Ghana Police Service reveals alarming hotpots across the country, the December 7 elections will be violent free.

“Now that we have identified the hotspots that are prone to violence, we will deal with the situation. There’s no cause for alarm so the public shouldn’t panic. We are on top of issues,” he assured.

The Commission on Thursday, October 22 addressed the media on the need for increased security alertness ahead of December 7.

But it expressed confidence that the upcoming general elections will be violent free, hence the public must go about their normal daily activities as security is beefed up to calm the situation.

Mr. Applerh further appealed for prompt information on suspected behavior and personalities within various communities to be reported to the police for further investigation to flush out miscreants.

Тот Tottenham midfielder Winks scored from 49 yards. This is the 3rd result in the Europa League, all - in this draw
This miss will hurt all men: Molde player missed from half a meter and drove into the bar
Mikel Arteta: I am Very happy with Pepe's game against Molde. Arsenal played well overall
Napoli players came out in t-shirts with Maradona's name and number 10 for the Europa League match
Daniele Bonera: Milan is happy with the game with Lille and only regrets the result
Neymar on Maradona: You will always remain in our memory. Football is grateful to you
If football was a movie, Diego would be its main character. Showsport readers say goodbye to Maradona
Source https://www.ghanaweb.com/GhanaHomePage/NewsArchive/December-7-polls-will-be-violent-free-Small-Arms-Commission-assures-1092007

Quamina MP Involved In An Accident, Father In Critical Condition(+VIDEO) » ™

We are ready to Police December polls professionally – Security agencies

One child or youth under 20 infected with HIV every 100 seconds: UNICEF

Cina Soul Was The Last Person I Kissed-KiDi Reveals (Video)

Election 2020: Arrangements made for every security personnel to vote – IGP

Homosexuals in prison get lashed, chained when caught – Ex-convict recounts

Japan Motors to assemble Nissan vehicles in Ghana from 2021

Stock Market advances further on the back of Stanchart

Election 2020: Mahama Will Win, Nothing Can Change It – Prophet Badu Kobi

Kufuor Speaks Ahead Of December 7

Our country is heading in a wrong direction - Mahama

Rev Owusu Bempah finally opens up on his three divorces

Caf CL: We are ready for Nouadhibou clash – Kotoko CEO

Opambour is not from God, he uses ‘abosom’ – Rev Owusu Bempah alleges

‘Beyond The Return’ project on course - Akwasi Agyeman

'No need to argue, we all know Akufo-Addo owns free SHS' - Prof Agyekum

Government has lost the fight against galamsey – Mining consultant

Nurse crushed to death by tipper truck at Tamale

Actress Grace Nortey speaks on why she is unhappy sometimes

The success of Hearts of Oak comes first - Patrick Razak

Today in History: Nothing will stop me from building National Cathedral to God's glory – Akufo-Addo

FLASHBACK: I had no knowledge of Rawlings's coups - Nana Konadu

Gregory, Asabke were the ones who poured acid on Adams Mahama – Prosecution witness

Hearts of Oak wishes Kotoko and Ashantigold well in Africa