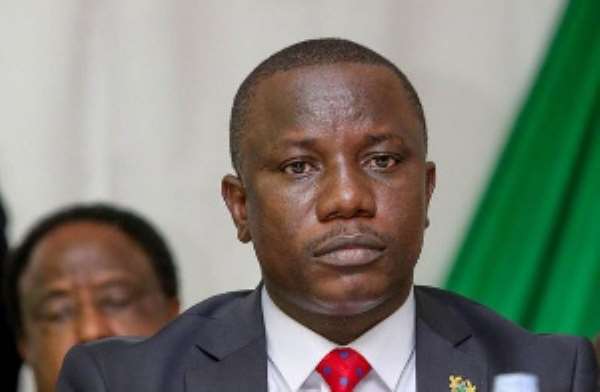 Member of Parliament for La Dadekotopon Constituency, Rita Odoley Sowah, has filed an urgent question in Parliament, seeking to compel the Minister of Defence, Dominic Nitiwul, to explain the clash between the military and La residents last Thursday.

The bloody clash on Thursday morning left some residents and journalists bruised as soldiers used “reasonable force” to stop a supposed demonstration.

Ms Odoley Sowah wants the Minister of Defence not only to explain the events on Thursday but to also explain why the military are forcefully grabbing lands owned by the La Traditional Council.

The Ghana Armed Forces has since explained the events and apologised to “innocent” citizens and journalists attacked in the process.

According to a statement issued by Colonel Emmanuel Aggrey-Quashie, GAF received intelligence about some demonstrators moving towards Burma Camp.

“A reconnaissance team was dispatched to confirm the report but they could not determine the intentions of the demonstrators.

“On seeing the soldiers, the demonstrators who had no police permit to demonstrate became violent. The reconnaissance team called for reinforcement which came to stop the violent youth from causing any damage to military installations.

“It is worthy to note that the general area where the demonstration was taking place, houses vital military installations of national security nature. The implications of any destruction in the area cannot be overemphasized.

GAF apologised to the journalists and all persons affected by the efforts to stop the demonstrators.

Ronald Koeman: I hope that the VAR and the referees will make fair decisions for us and for Atletico
Ramos is unlikely to play against Sevilla. He has been out of the Real Madrid squad for two days
President of Bavaria: There will be no expensive transfers. There is no need for them, we have an incredibly strong team
Statement from Real Madrid, Barca and Juve: We regret that the founding clubs of the Super League signed a commitment to UEFA yesterday. This is inconsistent
The amount of the Holand deal may reach 200 million euros. Real Madrid won't pay that much
Ronaldo lives for goals. Playing against him is fun. Milan defender Kier on Juve striker
Ter Stegen on the national team: I wish Neuer to play without injuries. I want to get a place in the squad, playing well for Barca