Doctors to strike over salary disputes 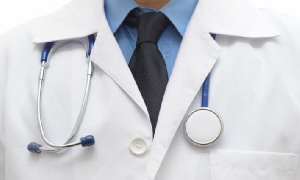 Doctors in Ghana have hinted of planned strike action if the government fails to implement its part of a signed Conditions of Service.

An internal memo issued by the Ghana Medical Association (GMA) reportedly directed their members to withdraw their services in all public health facilities if their demands are not met by February 29, 2020.

Dated February 21, 2020, and jointly signed by President of GMA, Dr. Frank Ankobea and General Secretary, Dr. Justice Yankson, the memo said that although the implementation date for the signed Conditions of Service document was 1st January 2020 as agreed by all parties, government had failed to meet the deadline.

The internal memo warned that, “The Association has accordingly given the government up to Saturday, 29th February 2020 to ensure full implementation (including payment of all occasioned arrears) of the CoS document at both the National and facility levels. If any default on the part of Government occurs Vis-à-vis the stated deadline, there shall be an immediate withdrawal of all services by members in all facilities.”

The National Executive Committee of the Medical Association said it also observed that during the validation of February salaries, there was the absence of fuel allowance on the payslips of members; and urged members to put all discrepancies on notice for rectification.

In separate letters addressed to the Ministers for Health, and Employment and Labour Relations, the Association expressed grave concern over the development.

Both letters said the Conditions of Service document implementation has not taken place both at the National and facility levels despite numerous calls on Government to do so.

The Medical Association thus requested for the immediate facilitation of the Ministers to forestall an industrial action.

In 2014, doctors and pharmacist in the West African country continued a 21-day strike action following a long-standing dispute over salary arrears.

Only emergency cases or patients admitted before the start of the strike received medical attention.

Changing the incentives of Ghana’s political institutions: A lesson from NPP about winning elections

Rita Dominic Excited About Her Next Movie Character, In a Hurry To Outdoor It

Nigerian Government Locked Down The Country To Install 5G Network

Don’t go & beat Medikal up because of me

I’ve Been Abused, Harassed And Disrespected Ever Since I Came Into The Scene But I’m a Tough Skin Girl- Wendy Shay » ™

How Gifty Anti’s daughter received her after mandatory quarantine

MMDAs must be part of essential workers, ChaLoG

Naira Marley Turns Himself In To Be Arraigned In Court

‘I Don’t Want Your Man For Anything’

Pregnant Woman Infected With CONVID-19 Did Not Travel To Tarkwa

The urgent need for National Sanitation Authority and Fund

Only God can separate us perhaps not Kennedy Agyapong  – Florence Obinim » ™

NCCE in house-to-house education on COVID-19

Asem throws shots at Sarkodie in a new freestyle »

COVID-19: Chinese Doctors Will Be Quarantined On Arrival

These Fantana Photos Will Definitely Light Up Your LOCKDOWN Day

COVID-19: Chinese Doctors Coming With Over A Million Masks

Dalex Finance to offer loans at zero per cent interest

Reverend Obofour is my god – Auntie B »

Heeding to the President's Call by Supporting my People - Dr. Nana Ato Arthur

One person minding his business but so many imaginary beefs

Buhari Orders Distribution Of 150 Trucks Of Rice To Nigerians