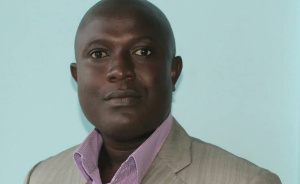 President of the Eastern Regional Youth for Development, Mr. Evans Yaw Appiah has cautioned all stakeholders to reject homosexuality in the country.

He said the laws of the land are against such practices in Ghana therefore, all must act in compliance with the law in rejecting the movement of Lesbian, Gay, Bisexuals, Transgender, and Queer Individuals (LGBTQI).

According to him, Ghana is one of the African countries with strict laws against same-sex marriage.

“I remember when such gay and lesbianism practices emerged in the Eastern region years ago, my team and I strongly fought against such unscrupulous attitude.

“As the Eastern Regional Youth For Development president, we have a responsibility to challenge prejudice (of all kinds) when they show their ugly faces, also we have the responsibility to support and protect minorities who are vulnerable to marginalization and exclusion.

“Sometimes this will be challenging particularly when it means that we have engage with sensitive issues such as religious norms and customs but we must persevere for the safe of freedom, peace, and well-being for all society.”

Joel Fameyeh scores 11th goal of the season for Orenburg

Kuami Eugene Storms Town With His New Range Rover Given To Him By Dr. Kwaku Oteng

“Social media destroyed my marriage, my next relationship will be exclusively private” – Princess Shyngle » ™

“You Don’t Need A Boyfriend Until You Are 30”, Kiddwaya Advises Niece

Galamsey fight: We felt 'frustrated' by lack of will to crack whip – GJA President

I have decided to give birth at 48

The Secret Of True Love Is To Date Your Best Friend – Rapper, M.I Abaga

Judgement fair but could have been lenient – Int’l Diplomatic Consultant

“He’s not the reason why I came” – Rapper Amerado loses his cool, walks out of live radio interview because presenter asked him about Sarkodie [Video]

Twitter Africa HQ in Ghana not solution to unemployment

Not All Rich People Who Run Mad Did Rituals, Some Of Them Did Drugs – Singer Dencia

Akuapem Poloo snubbed me, but I still love her

Flowers and sunshine as public turn out to honour Philip

Akuapem Poloo: Judgement fair but could have been lenient – Int’l Diplomatic Consultant

National dialogue needless in the fight against galamsey – Lawyer

GPL: Fans to return to stadia after govt clearance

New board takes office to steer affairs of CBOD

I Tried To Bleach My Skin – Tiwa Savage

Akuapem Poloo not an Akwapim

Hearts of Oak vs Inter Allies

Zidane: ‘I’m not a terrible coach, I’m not the best either’ |

Sarkodie, Martha Ankoma And Others Send Birthday Wishes To Okyeame Kwame As He Turns 45 Today

Akuapem Poloo should have been jailed for 3 years – Mike Two

There is an urgent need to regulate the media

Prince Philip: What they said |

Its misplaced to criticise judge who sentenced Akuapem Poloo – Banson