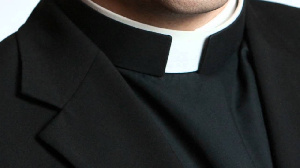 He said hanging hopes on those prophecies may give false hopes

President of the Ministers Conference of the Ghana Baptist Convention, Rev. Charles Owusu Ampofo, has advised politicians not to fall prey to electoral prophecies by some clergy in the upcoming general elections.

He said hanging hopes on those prophecies may give false hopes and if the prophecies do not come to pass, it may end up in violence in defence that they have been cheated.

Speaking to the media in Kumasi on Thursday, November 26, 2020, Rev. Charles Owusu Ampofo, who is also the Head Pastor of Victory Baptist Church at Ayigya in the Oforikrom municipality, he admonished politicians work harder to win the electorates’ votes.

“Though I believe in God’s prophecies, God will never contradict himself by giving out ‘win and loss’ prophecies to one person, it is unbiblical,” he said.

“The most reliable prophecy to oneself is to work harder to win the hearts of the people to vote for the person rather relying on prophecy by a clergy. If the person is declared vanquished at the end of the elections, the person may not accept the results and may end up challenging the results through violence,” he added.

In order to maintain peace in the country, he has therefore cautioned politicians and voters to ignore such prophecies which are bound to create confusion.

Eriksen pro goal for Milan: It was the perfect free kick for me. I am very happy
Conte on 2-1 with Milan: Before the winning goal, the result was unfair. Their goalkeeper is the best player of the match
Mikel Arteta: Arsenal did everything right, but they lost. Wins give confidence
Nicolo Barella: We proved that we are stronger than Milan
Go do your voodoo shit, you little ass. Ibrahimovic-Lukaku during the Cup match
Pioli on the defeat by Inter: The only difference was the relegation. There could be any result in equal teams
UEFA has no plans to abandon the Euro in 12 cities. Other options are undesirable
Source https://www.ghanaweb.com/GhanaHomePage/NewsArchive/Don-t-fall-prey-to-electoral-prophecies-Ghana-Baptist-Convention-warns-politicians-1120382

Mzbel Addresses The Display Of Women From The Ga Traditional Council

How to cope with pandemic anxiety: 7 practical tools

Many impressions created about Rawlings are untrue – Bagbin

Election Petition: Mahama won’t be in the witness box – Lawyers

Wedding Invitation Of Ekiiki Mi Hitmaker, Wisa Gierd Hit The Net As He Is Set To Marry His Girlfriend » ™

Drama as woman who claims is Rawlings’ daughter is refused entry..

Don’t Think Of Marriage Unless You Have At Least N1 Million –Joro To Women, Gives Reasons