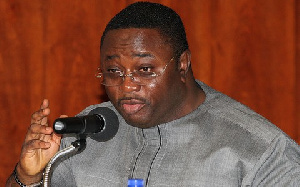 The leadership of the opposition National Democratic Congress(NDC) has cautioned its party agents across the country against the Electoral Commission’s alleged intentions of deceiving them to sign “fraudulent” pink sheets for a reward.

According to the NDC, they’d picked intelligence suggesting that some District EC Officials have been persuading NDC Party Agents to come over to their offices or meet them at certain locations to sign fraudulent pink sheets they have prepared, for a handsome reward.

The party’s Director of Elections, Elvis Afriyie Ankrah in a memo sighted by Kasapafmonline.com, dated January, 22 and forwarded to all Regional/Constituency Executive committees among others warned that this is a criminal agenda to serve the EC’s parochial interests considering the current legal challenges on the 2020 general elections.

“We humbly urge all our gallant Agents to ignore such calls and accordingly, hasten to report such acts to the Party hierarchy,” the memo said.

The Director of Elections in his memo further entreated the party agents to endeavour to act in the supreme interest of the party and resist all forms of temptations that come their way.

This comes on the back of former President John Mahama’s motion filed at the Supreme court demanding the Electoral Commission to provide them with original copies of the collated presidential results of the 275 constituencies among others in the ongoing election petition case.

I could not penetrate her after attempting to defile her - Accused

“You Deserve All The Bad Things In Life”

LGBTQ+: Addai-Nimoh lauds Akufo-Addo for not yielding to pressure

We did not provide guarantees to IPPs - World Bank

LGBTQI: Addai-Nimoh hails Akufo-Addo for standing against Homosexuality in Ghana

Shatta Wale And Stonebwoy Gifts Bola Ray $60,000 On Live Radio As He Celebrates His Birthday[Video]