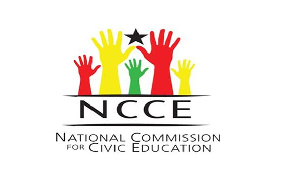 The Dormaa Municipal Office of the National Commission for Civic Education (NCCE) has inaugurated 25-member Inter-Party Dialogue Committee (IPDC) to help manage political tensions before, during and after the December 7 polls.

The committee will avert, respond to and control any possible election violence, mediate and settle election-related disputes, misunderstanding and disagreements.

Mr Seth Broni Tagborloh, the Dormaa Municipal Director of NCCE, said aside from the dialogue function, the IPDC would monitor and report cases of breach of rules and regulations relating to the conduct of the Election 2020.

Some of the key violations to be monitored include distribution of money and other gifts to the electorate, declaration of election results by political parties, defacing of posters as well as biased media reports.

The rest include the use of provocative and abusive languages by political party followers, the rigging of elections, and abuse of incumbency.

"Also at the district and constituency levels, the Committees shall submit their reports signed by all the members to the Regional Committee for onward transmission to the national level," he added.

Chief Superintendent Boakye Ansah, the Dormaa Municipal Police Commander, called on political parties to educate their followers on the need to facilitate a peaceful election.

On the issue of mobilising political activists to monitor polling centres on election day, Mr Francis Owiredu, the Dormaa Municipal Electoral Officer, warned that "it's only the staff of the EC who are permitted to do so".

"Independent bodies are allowed to do so after they have written or applied to the EC and approval is given. Even with that, they are only expected to observe and report and not to instruct anybody or officials there," Mr Owiredu added.

Arteta on Ozil: It is always sad when such a figure leaves
Alabai will move to Real Madrid in the summer. The contract for 4 years is agreed, the salary is about 11 million euros (Marca)
Stefano Pioli: We will look at the table in April. For Milan, every match is the most important
Zlatan Ibrahimovic: Together with Mandzukic, we will scare the opponents of Milan. He signed a contract
Milan scored 43 points in 18 rounds - the best result since the 2003-04 season. Then the club became the champion
Aubameyang scored a double in a Premier League match for the first time in the season. Parti's first assist for Arsenal
Chelsea want to buy Holand in the summer and are ready to break their transfer record (The Athletic)
Source https://www.ghanaweb.com/GhanaHomePage/politics/Dormaa-Municipal-Inter-party-Dialogue-Committee-inaugurated-1120262

IFEST calls on gov’t to suspend the reopening of schools

Woman dies while twerking naked on stage at Liberia Camp

Video of Okomfour Kwadee driving in town with girlfriend after rehab

Training Makes One Perfect Not Drugs or Substances- Coach Basigi

Papa No in Tracey Boakye’s life is getting married soon

Anyone you meet is a potential COVID-19 patient -TGH Boss

‘I Need To Write A Book On My Street Knowledge’

Channel your energy of debating over Alan, Bawumia to praying for Nana Addo – NPP told

Schools reopening: What advise did you give to the president? Expert questions DG of Education