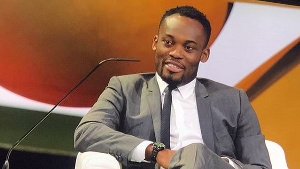 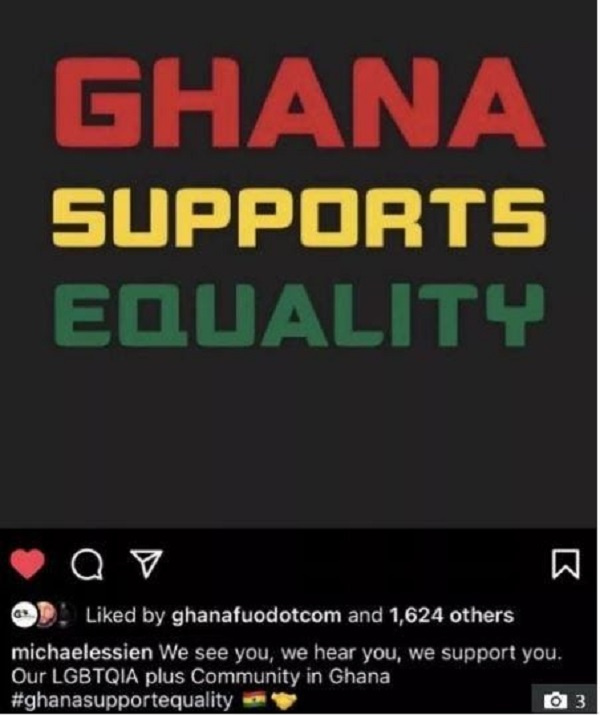 The claim is curious because, among other things, there are only about 2 million Instagram accounts and 695,000 Twitter accounts in Ghana, according to Hootsuite’s 2021 Digital Report for Ghana and so it appears unlikely that the majority of these numbers will unfollow Essien on his platforms. (Page 48 & 51).

Twitter: Relying on the free Twitter monitoring application provided by SocialBakers, an AI-powered social media marketing company we run a scan on Michael Essien’s personal Twitter page and noticed that his followers on Twitter on 2nd March 2021 when the controversial post was made, did not fall but rather increased significantly compared to previous days.

This was a sharp rise in the number of net new followers compared to previous days.

See the graphs below for the visual representation: 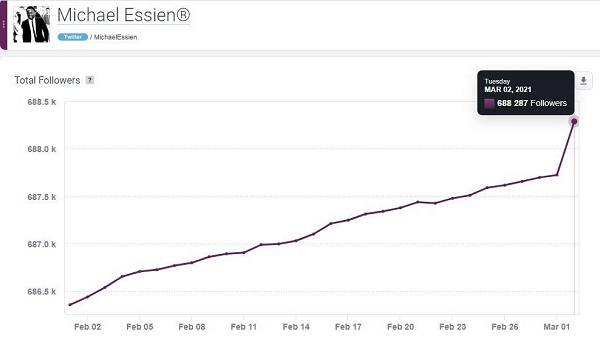 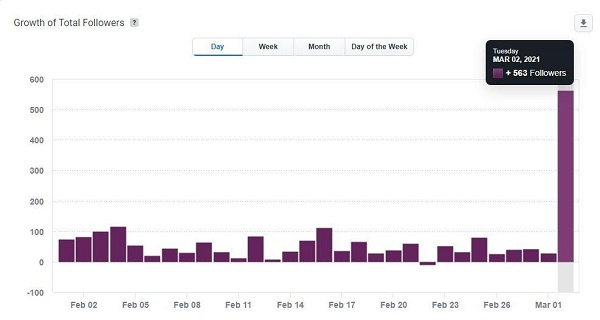 Based on the information above, we conclude that the claim that Ghanaian football star Michael Essien lost over a million followers on social media after declaring solidarity with LGBTQ+ in Ghana is false.

Ceferin's salary increased by 450 thousand euros, despite a 21% drop in UEFA revenues due to the pandemic
Lineker on Barca's Super League statement: It is disappointing
Orlov on the transfer of matches from Dublin to St. Petersburg: The issue is resolved by 99%. I am a knowledgeable person
Barcelona does not withdraw from the Super League: That would be a historic mistake. We need a deep analysis
Brad Friedel: Football is a religion in England, and the American owners do not fully understand this
Florentino Perez: Without the Super League, the transfers of Mbappe and Holand are impossible. And not just for Real Madrid
The owner of Bordeaux has stated that he no longer wants to finance the club